Though she'll be very boring for several months yet.

Not in the least. In the first month if you look closely you can literally see one brain module come online after the other. And I don't mean only those as in Hetty van de Rijt "The Wonder Weeks" which I was looking for (and which did not exactly fit with my children). In the first month you will continuously notice new abilities like focuing, turning, griping, smooth motions, detecting sound direction, gazing, interest in sound, lighting, form, .......

I'll look out for those!

Crossing the experiments: a baby

I've always been more of a theoretician, but it's important to try one's hand at practical problems from time to time. In that vein, I've decided to try three simultaneous experiments on major Less Wrong themes. I will aim to acquire something to protect, I will practice training a seed intelligence, and I will become more familiar with many consequences of evolutionary psychology.

In the spirit of efficiency I'll combine all these experiments into one: 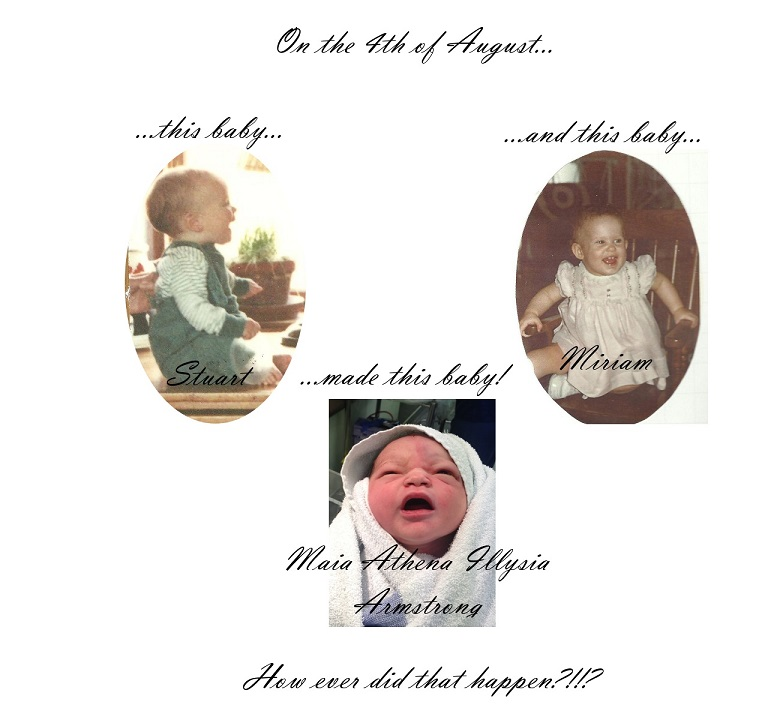 She's never had a philosophical debate.

Never had sex, never been hugged or even been licked by a dog!

She has so much to look forwards to...

(Though she'll be very boring for several months yet!)