The Arrows of Time

Imagine two rocks in one-dimensional newtonian space. They come at each other, collide elastically and then bounce away. We can draw the situation with time on the vertical axis and space on the horizontal axis. 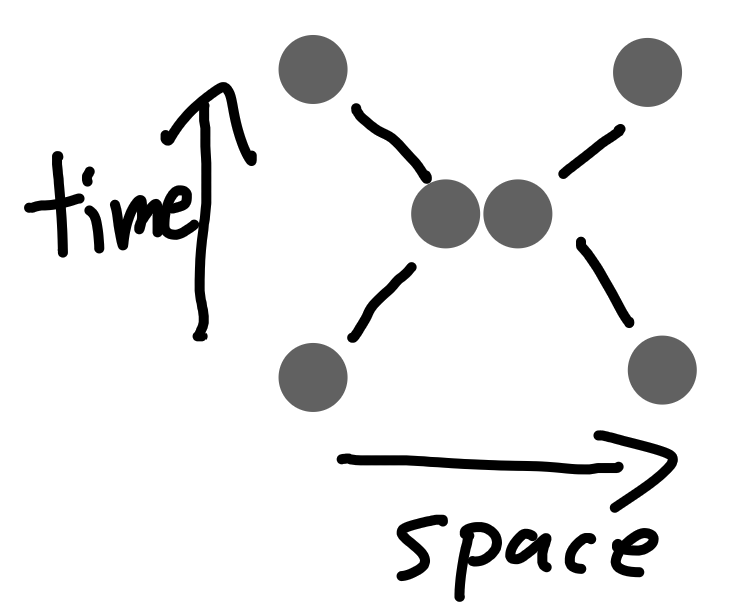 We don't have to point the arrow of time straight up. We can rotate it up to 45 degrees clockwise of counterclockwise and newtonian mechanics still works. 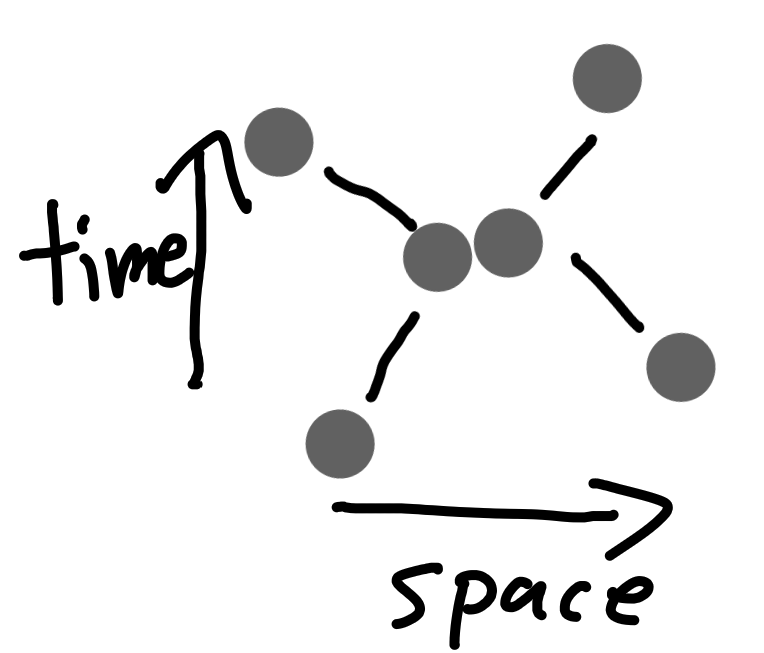 We can even reverse it. 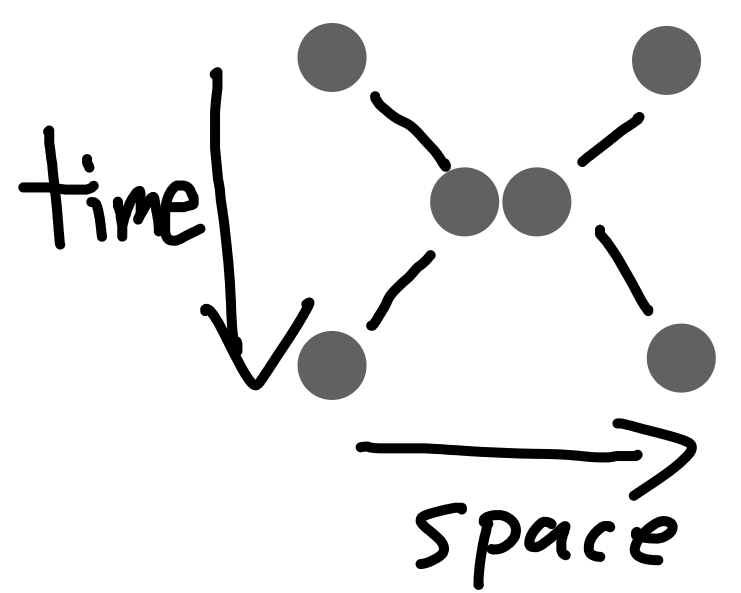 We can point the arrow of time many different directions. Half of the unit circle is valid. 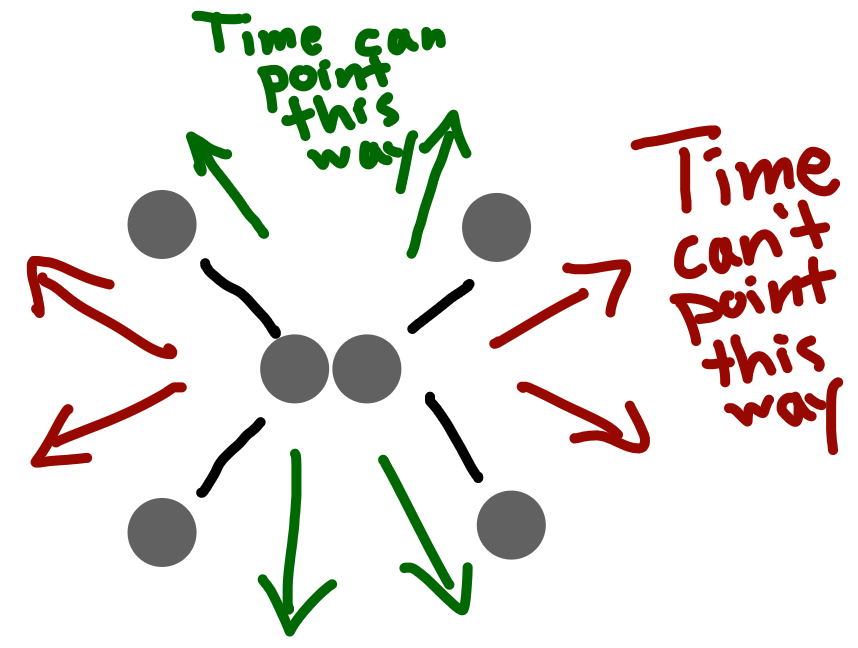 But the real world has more than two rocks in it. Suppose we had multiple collisions at different angles. We must point the arrow of time in a direction that is allowed by all collisions. The only direction allowed by every possible collision is straight up, right?

Applying special relativity also means we can't literally rotate our image a certain number of degrees[1]. What we were previously calling a "rotation" is more robustly defined as a "change in reference frame". Instead of literally rotating the diagram we have to perform a Lorentz transformation. With Lorentz transformations the same 180 degrees are valid for all collisions. Everything works out. This solves the problem of multiple collisions at different angles.

We've now proved that time can point in an infinite number of different directions. In the real world time feels like it goes one direction. How do we know which direction this is in our universe of floating rocks?

It depends on your perspective. If you're one of the rocks then your perception of time is perpendicular to your trajectory in space. Your spacetime trajectory is a line. It's possible to follow this line in two directions. We still must figure out which end is forward in time and which one is backward in time.

"Entropy" means multiplicy of possible microstates for a particular macrostate.

Our universe now consists of 216=65536 possible states. We can plot them out in a 16-dimensional hypercube. Every point in the hypercube is connected to exactly 16 other universe microstates. Every edge corresponds to a possible past and future of each instant. From this perspective there is no arrow of time. To a microstate, each of the 16 adjacent microstates is equally likely.

The heat death of our universe is macrostate M8, which has maximum entropy. But there are two beginnings of minimal entropy: M0 and M16. If the real world is like this then there could be another big bang (or more) on the other side of the heat death of the universe[3].

Idle speculating is fun and all, but consider reading an academic book or two on the topic. Then learn and do the math. I could point out the errors in the above, like confusing classical and quantum bits, but it's best if you do it yourself some day.

I could point out the errors in the above, like confusing classical and quantum bits...

Could you point out the errors please?

It's not obvious to me why the difference between classical and quantum bits matters in this thought experiment because superposition and entanglement are not supposed to be part of it. I did admittedly gloss over how a quantum bit needs to be measured to force it into one of two states. Does that really invalidate the thought experiment?

[C]onsider reading an academic book or two on the topic. Then learn and do the math...it's best if you do it yourself some day.

I read several academic books on physics and math when I got my bachelor's degree in physics and math. I drilled freshman-level special relativity and quantum mechanics many times when I tutored these subjects. The footnote on Baryon asymmetry is indeed wild speculation, but the rest of the microstate/macrostate stuff generalizes from a statistical mechanics class I took in my sophomore year of college. Which additional math do you recommend I learn how to do?

Well, if your universe is just two states, its description in the eigenstate basis would be something like A1 exp(iE1 t)|1> + A2 exp(iE2 t), where A1 and A2 are complex and E1 and E2 are real (modulo normalization and phase). I am not sure how this maps into a finite length binary number.

This ignores the fact that there must be something to measure the particles with. The goal of this thought experiment is to play around with the Born rule while ignoring the time evolution of a wave function governed by the Schrödinger equation.