ConsciousnessWorld Modeling
Frontpage
Questions about simulating consciousness
Question 1: A system running a simulation could represent many different universes. Given this ambiguity, what is 'really' being simulated, i.e. which universes can be experienced by agents within them?
Question 2: what is the difference between a simulation and a representation?
13 comments

I often hear people bring up the idea of simulating consciousness. I’d like to get a better handle on this since it relates to practical ideas like mind uploading and filling the universe with happiness machines (to be clear, I have no desire to do this, but I've met many people who do).

Here are two closely related questions on this topic that I haven’t seen addressed before. If they have been, please direct me to the relevant articles.

Question 1: A system running a simulation could represent many different universes. Given this ambiguity, what is 'really' being simulated, i.e. which universes can be experienced by agents within them?

Consider simulating a universe on something like a modern computer. Somewhere inside the machine, voltages are changing between high and low values, which I’ll represent with an array of 1s and 0s. 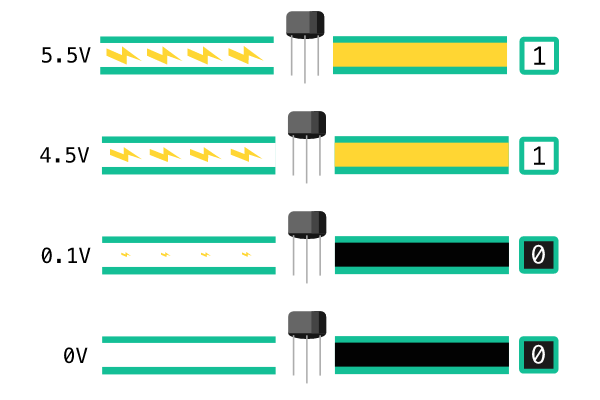 What universe is the binary array simulating?

Perhaps it is simulating a void in which orbs of light are blinking on and off. When a bit flips to 1, its corresponding light turns on, and when it flips to 0, it turns off.

Instead, maybe a rod of changing length is being simulated, where the length corresponds to the integer representation of the binary sequence at each time step.

Let's say that the engineers intended it to simulate New York City on a Sunday afternoon. They might see an old man walking his dog on their monitor and imagine that they brought him to life … but maybe they are 'really' simulating a fluctuating stick.

The point is that the 1s and 0s that encode the simulation's states can represent many different worlds. So, which worlds can be experienced by agents within them?

All of them? None of them? I’d like to hear what people think.

Question 2: what is the difference between a simulation and a representation?

Let’s say that a simulation is run and then printed out.

More specifically, a binary representation at each time step is printed on a different sheet of physical paper. 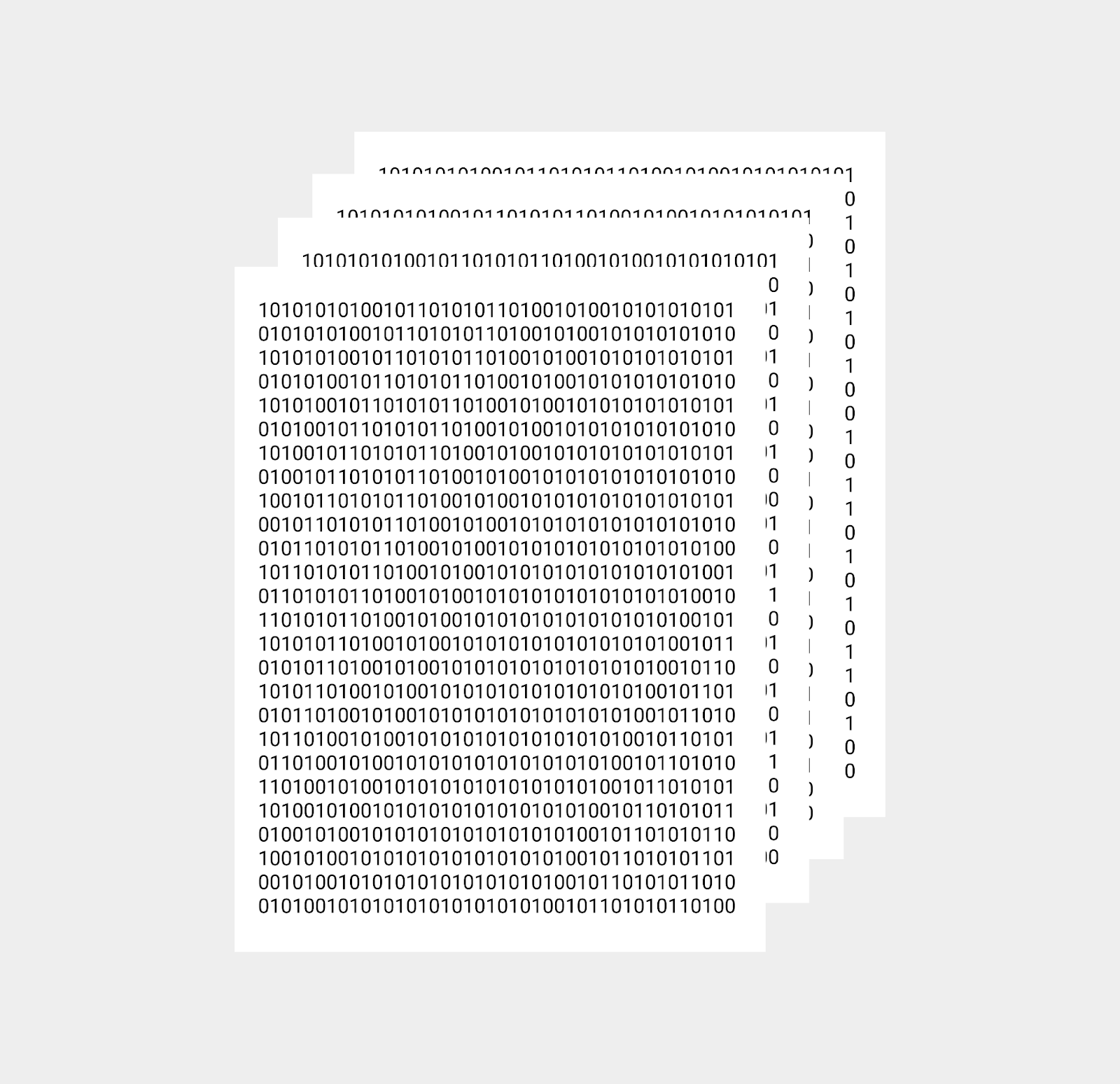 I think it is clear that the stack isn't producing conscious experiences as it doesn't seem like time could be felt by the people represented in the pages. The stack is just a representation.

Now imagine that the first page is taken off of the top, and then the second, and then the third, etc. Motion and chronology have been added. Has life been breathed into the stack? Did the people represented within it suddenly become aware?

I think the answer is still clearly no, but in case you don’t have this intuition, I’ll briefly defend it:

You could just as easily simulate time by running your thumb along the corner of the stack (treating it like a flip book). Now imagine that there is a bug crawling down the other side of the stack and you don’t see it. Does time flow with your thumb or with the bug? Your perception of what kind of motion represents time doesn't seem relevant; so it seems unlikely that moving the pages or thumbing through them causes time to exist in the stack when it didn't before.

Ok, so a stack of papers is not a simulation – no matter what you do with it. Maybe you need a computer.

Let's say that you run the simulation on a computer, store each state of it in memory, and then play it like a video. Would that be a simulation? It doesn’t seem any different from the stack of papers to me.

So maybe the computer needs to do computation on the previous states of the simulation to get the next state in order to produce consciousness.

This is kind of surprising to me and I’m not convinced it is true. Imagine a computer that has a full simulation stored in memory and is wired up to a human brain. When the computer 'plays' the simulation, it converts what one of the people inside of the simulation experiences into stimuli and sends it to the biological brain. The brain would have a conscious experience. Therefore, the computer-brain system (which can be viewed as one big computer) produces experiences. Note that future states of the simulation are stored in memory instead of being computed on demand, so this cannot be a necessary condition for producing consciousness.

I'm still not sure what makes dead representations like the stack of papers different from simulations that can produce consciousness.

I'm curious what other people think.

Have you read The Ghost in the Quantum Turing Machine? It deals with these questions and many others.

This looks great. I'll check it out thanks!

Let's say that the engineers intended it to simulate New York City on a Sunday afternoon. They might see an old man walking his dog on their monitor and imagine that they brought him to life … but maybe they are 'really' simulating a fluctuating stick.

They are probably simulating both.

I think it is clear that the stack isn't producing conscious experiences as it doesn't seem like time could be felt by the people represented in the pages.

That just means that our time isn't their time. (Related.)

Observe the flow of causality/information.

I suggest to stop treating this as a philosophical problem, and approach it as an engineering problem. (Philosophers are rewarded for generating smart-sounding sequences of words. Engineers are rewarded for designing technical solutions that work.) Suppose you have a technology of 24th century at your disposal, how exactly would you simulate "an old man walking his dog"? If it helps, imagine that this is your PhD project.

One possibility would be to get some atomic scanner, and scan some old man with his dog. If that is not possible, e.g. because the GDPR still applies in the 24th century, just download some generic model of human and canine physiology and run it -- that is, simulate how the individual atoms move according to the laws of physics. This is how you get a simulation of "an old man walking his dog".

Is it simultaneously a simulation of "a stick that magically keeps changing its size so that the size represents a binary encoding of an old man walking his dog"? Yes. But the important difference -- and the reason why I called the stick "magical" -- is that the behavior of the stick is completely unlike the usual laws of physics.

tl;dr -- "how exactly do you calculate the next moment of your simulation?" is the key question here

For your second question, observe in which direction of your simulated universe you can run computations. Imagine that as a god outside that universe, you are allowed to make exactly one intervention: to insert into the universe at some point a computer that will (within the universe) compute e.g. the prime numbers. Ok, so... here is the place where you inserted the computer... and where exactly do you expect that the results (the computed prime numbers) will appear? That is the in-universe direction of time.

How do you tell what works? Did someone invent a consciousness detector?

I suggest to focus on the technical difficulties of designing the stick whose length happens to encode the mental state of an old man walking his dog, without somehow simulating the old man at the same time.

Imagining such stick... is kinda easy, because imagination is not constrained by being logically consistent. I can imagine that the stick just happens to have the right length all the time, without asking myself by which mechanism such thing might possibly happen. Even if we assume amazing sci-fi mechanisms of the 24th century, thinking about technology still makes us focus on "how".

(Similar approach can be applied to other philosophical questions. Such as: how would you design a robot that has a free will? How would you detect which robots have a free will, and which ones don't?)

Similar approach can be applied to other philosophical questions. Such as: how would you design a robot that has a free will?

I think it can be applied to free will and doesn't lead to the sceptical conclusion usual round here.

Note that future states of the simulation are stored in memory instead of being computed on demand, so this cannot be a necessary condition for producing consciousness

How are you defining "state"? If a future state is a snapshot of the outer world, like a movie frame that hasnt been projected yet, and it is sent to the brain by something like normal sensory channels, then all the "producing consciousness" is happening in the brain , and the pre-arranged nature of the snapshots being fed in is irrelevant.

I am defining it as you said. They are like movie frames that haven't been projected yet. I agree that the pre-arranged nature of the snapshots is irrelevant -- that was the point of the example (sorry that this wasn't clear).

The purpose of the example was to falsify the following hypothesis:
"In order for a simulation to produce conscious experiences, it must compute the next state based on the previous state. It can't just 'play the simulation from memory'"

Maybe what you are getting at is that this hypothesis doesn't do justice to the intuitions that inspired it. Something complex is happening inside the brain that is analogous to 'computation on-demand.' This differentiates the computer-brain system from the stack of papers that are being moved around.

This seems legit... I just would like to have a more precise understanding of what this 'computation on-demand' property is.

This seems legit… I just would like to have a more precise understanding of what this ‘computation on-demand’ property is.

Well, you can believe that its some kind of physical causation without breaking physicalism.

It is first worth noting that I think these questions directly assume a functionalist philosophy of mind, by loosening this I believe you do not hit as many of these issues.

Your question in 1 is discussed in Qualia Research Institute's Against Functionalism (specifically the section Objection 6: Mapping to reality). Though perhaps a better area to explore this is the discussion of absent mental states in philosophy of mind. I think there is a mapping from allowing non-bijective internal experiences in functionalism, to non-bijective mappings of computation substrate to simulations. Finally, on a grander scale related to your first question - Greg Egan's Permutation City explores simulations running eternally on anything. I would suggest this is an enjoyable way of exploring this topic.

The question of where the moral value lies in flipbooks is discussed in Tomasik's Eternalism and Its Ethical Implications (specifically the section What is the ontological primitive?). Villiam has also noted Yudkowski's Timeless Physics.