Consider a spaceship with its windows blacked out. Accelerating at 1 g feels the same as sitting on the launchpad. Relativistically, an object resting on the surface of the Earth is accelerating upward at 1 g and an object in freefall is at rest along its geodesic. The natural (inertial) path of an object follows its geodesic along the spacetime manifold. Lagrangianly, an object's trajectory locally maximizes proper time.

If objects in freefall follow their geodesics then gravity must modify the geodesic itself i.e. gravity warps spacetime.

Now consider the gravity potential of a binary star system observed from a distance far, far away compared to the orbital radius between the stars. 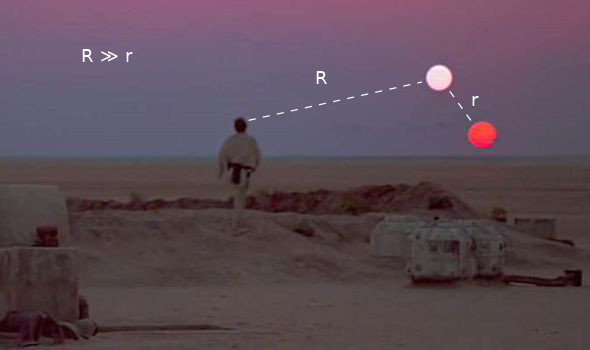 If it is 1915 and you have not invented general relativity yet then you might believe M represents total enclosed rest mass. And it could…if we lived in a Newtonian universe. But we live in a relativistic universe and Gauss' law applies to any closed system.

If you built a Dyson sphere around the binary star then the external gravity of your closed system should never change[1] even as the stars spiral into each other. But as the stars spiral into each other they increase their spatial speed v, thereby decreasing their temporal speed α=√1−v2c2. The slower temporal speed (increased Lorentz factor) decreases the stars' gravitational output per unit mass via time dilation. But the total gravity emitted by the closed system (Dyson sphere) must stay constant. The mass of the stars increases to counteract time dilation. Therefore the relativistic mass of a particle equals the rest mass m0 divided by the temporal speed α.

The M term in Gauss' law is the total relativistic mass plus the energy of the field.

Gathering in a Desert

You can show the energy density of a field is proportional to the square of the field strength with pure mathematics. No science necessary. By plugging this math into the binary star system throught experiment we find that the energy from the gravitational field gets turned into mass. Thus the total mass-energy is conserved.

What if we did this in reverse? What happens when a Uranium-235 nucleus absorbs a neutron? 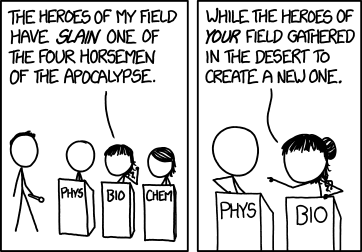