I've been using Keep as my main note-taking app for years, and our house recently switched after Wunderlist was discontinued. It turns out they added a list feature, where checked items are sorted below unchecked ones: 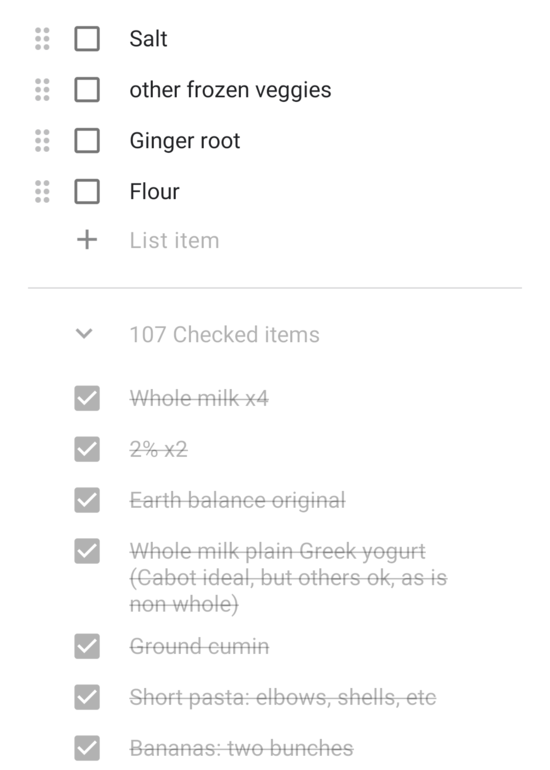 This is on by default for new users, but I've been using Keep long enough (disclosure: I work for Google) that I seem to have been grandfathered into the old default: 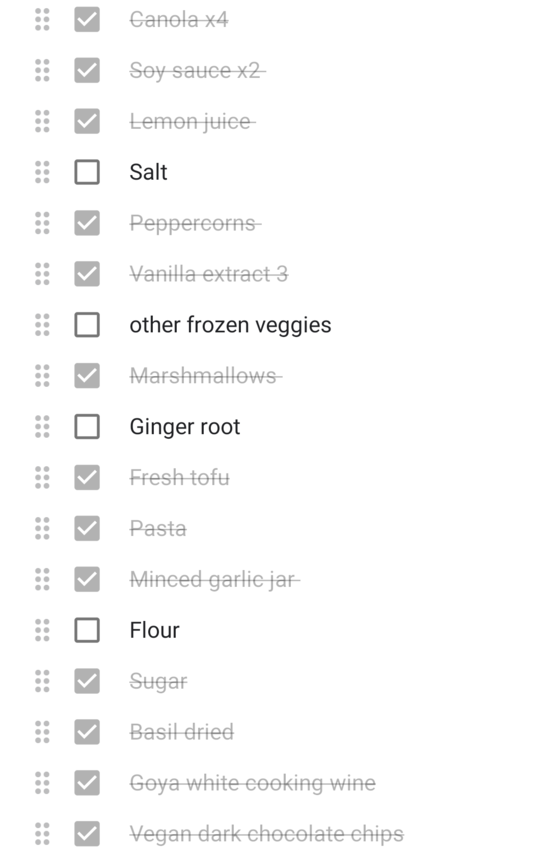 I didn't know about this new display option, and would grumble to myself about how my housemates wouldn't delete things from the shared list when they were done with them, and how we were building up so much clutter. When I asked them, though, I learned that it wasn't a problem for them because they were all on the new layout.

Turns out there's a setting: 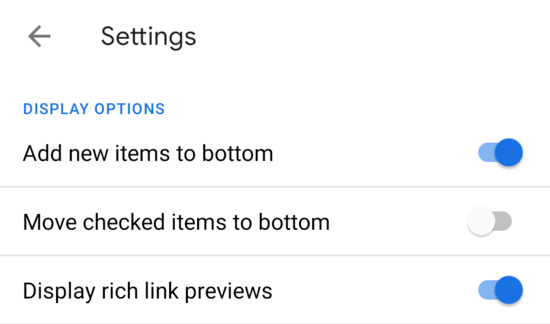 I'm much happier with it now, and having old items stick around at the bottom feels useful (what do we usually get...) instead of feeling like clutter.