Preparing to Call a Family Dance

A week from Sunday I'm going to be calling a family dance. This is like a contra dance, but with dances that are a good fit for all ages, including very little kids. I haven't called one before, though I've danced at several over the years back to when I was little. Here's what I'm currently thinking of doing:

When I call this for adults I make it a mixer by having you swing the next person, but for little kids who are often dancing with their parents you don't want to split them up.

This has its own music, though it's not critical: 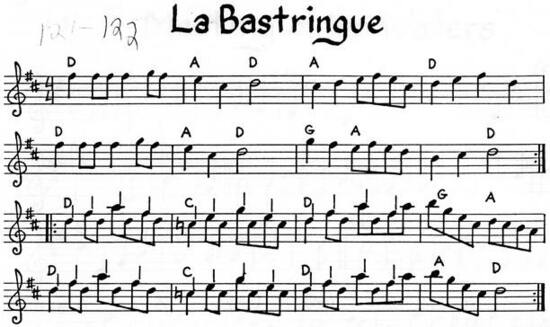 In pairs you point at each other saying "Sasha! Sasha! Ras, dva, tri!" Then you (twice) clap right hands, left hands, both hands, and hands on (your own) knees. Around by the right elbow singing "la (x9), hey!", then again with the left. Then you wander around and find someone new to dance with. The timing is:

If little kids want to stick with their parents a couple can participate in this dance as if they're one person.

It has its own music:

Favors the Rose ("the Fan Dance")

Dancers form two lines. One person out at the top holding a fan or something else. They consider the two top people, give the object to one, and dance down the middle with the other.

Unphrased, works with any music.

I've never danced this one, but reading trad-dance-caller it seems to be a favorite. I'm mildly nervous about doing it when it's totally new to me, but it does seem pretty simple.

Even though it's square and 32-bar it has its own music: 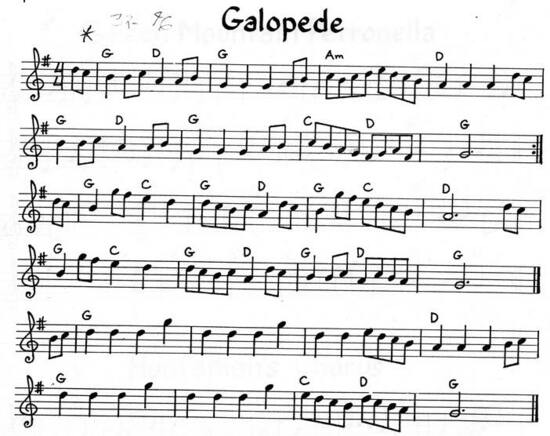 The music is worth doing because of how well the C part fits.

If the lines are too long or short and you get off the music it's not that bad.

This dance normally has a C part with arches, but I think this would be too complicated for the crowd I'm expecting.

The dance is an hour, so I probably need at least two more dances. Are there other family dances people have especially enjoyed?