by Alex Hollow1 min read14th May 2021No comments

Frontpage
This is a linkpost for https://alexhollow.wordpress.com/2021/05/14/under-pressure/

One morning, I was making espresso and also had to fill up my water bottle. I ground the beans, tamped them down, pulled the shot, and then started filling up my water bottle in the sink. The espresso machine finished spitting out coffee, and all that was left to do was empty out the portafilter. 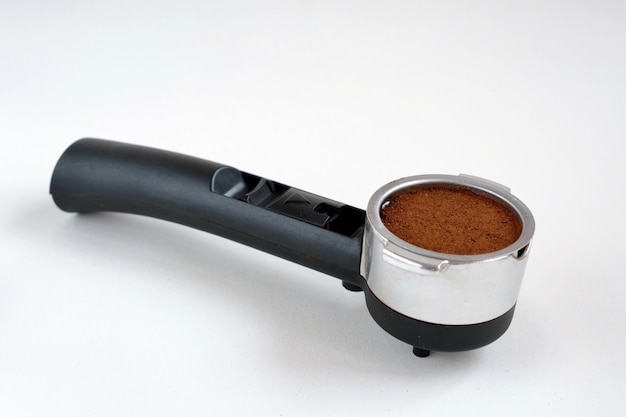 I looked down at my water bottle, listened to the change in the noise of water splashing that tells you how full the bottle is and figured I had time to set the water bottle down, dump the portafilter into the trash, and then come back before the water bottle overflowed. (I believe in being impatient.)

So, I do! And then I realize that something weird has just happened – the coffee grounds flew out on the first try. Normally, it takes me several rounds of waving the portafilter through the air, tapping it on the side of the trash can, and trying to figure out what I’m doing wrong before I get the grounds out. That day, I got it on the first try, because I had to.

Over the next few days, I explored portafilter emptying strategies. The general strategy remained the same – lift up the portafilter, swing down quickly, then slow down and let the coffee’s inertia carries it out. My first contender was raising it higher before swinging it down, but that didn’t replicate. I tried it a few times, increasing the level of stress I was under, hoping to recreate the feeling of “needing to get it right on the first try”, but still nothing. I tried to force myself to forget the whole “raising it higher” thing, and just try what feels natural. Halfway through that swing, I noticed I was holding the portafilter much further up the handle, closer to the metal part. That let me slow down my swing faster, because the portafilter had less leverage on me.

The object-level lesson is to hold the portafilter further up the handle. The meta-level lessons are to experiment more with procedures you invented yourself (no one taught me how to empty a portafilter, so I should have realized I was likely in a local maximum), and that putting some fake pressure on yourself (where the stakes are actually low, but you instinctively believe they are high) can make you actually try to solve your problems.