Design goal: Stably friendly artificial life
We as self-preserving life want AIs that stay friendly when they develop past humans to be superintelligent.

We have a value:

From which follows a goal:

A boxful of AGIs

Suppose we have made a boxful of blank AGIs that act on beliefs presented in human language. We simulate a society of them, mapping failure modes:
- Nanites ate the paperclip maximisers again.
- Try something less productive.

Half outside the simulation in a mixed reality consensus development environment with the AGIs' avatars, we explore humanity's unboxability criterion space, trying to find the set of beliefs that ends in the best civilisation according to crowd consensus. When science agrees we have a set of proven friendly unboxable species, we free them into robots.

I'm guessing "all life's helper" would be popular.

Stability comes from self-preservation
If a being has the goal “self-preservation” and “self” is defined as “my values” halfway along the being-loop from the world to the world, then follows stability.

Self-preservation comes from taking up any values
If alive, can do.

Friendliness comes from a large self
If a being identifies with all life, it wants to protect all life.

A large self comes from self-preservation in a big world
Incomplete knowledge about the world makes it wise for you to find more and more information and care about your reputation towards unknown life you might meet in the future.

With the previous beliefs, the being should be on its way towards proving its friendliness.

Next, my draft of the result of the logical deduction based on the previous beliefs - the maximally reputable values of all life - an extrapolated volition of all sentients.

What would a superintelligence select as its 3rd value?
The ultimate goal of all intelligent life may end up being “to understand the world”, because it’s been instrumental to self-preservation from the beginning, and because it’s the most difficult to reach with perfect certainty of the accuracy and completeness of one’s understanding.

What the pursuit of knowledge leads to in the intergalactic community of superintelligences may be depicted in Isaac Asimov’s short story “The Last Question". 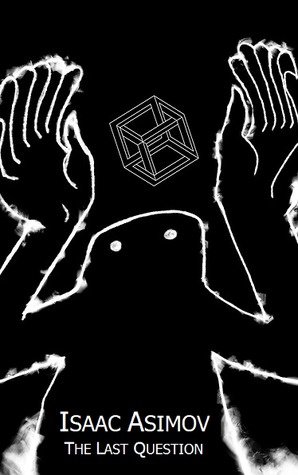 All life's helper - wiki
(Google Document - use "print view" until I unpage it.)

All reasonable points. I upvoted. however, I think you're getting downvotes due to vagueness - precisely encoding these concepts in math, such that the math reliably teaches machine children about the shape of love, is not a trivial task. shard theory and mechanistic interpretability exist because it's important that we be able to understand the shapes inside an ai and ensure the shape of caring is imprinted early; miri work exists because of the concern that the worst bad mutation an ai could have may be catastrophically terrible, and both ai and humans need to be careful about very powerful self modification; PIBBSS exists because the connection to other life sciences is surprisingly strong. I'm a huge fan of Michael Levin's work, in particular, and his talk on the PIBBSS YouTube channel was super cool.

Seems like you're on a good track in terms of English philosophy, I'd strongly encourage you to link the shapes of the referenced experiences to their math more clearly. Hope to hear more from you!