Personal Blog
Instead of hosting comments on jefftk.com directly, I copy over publicly-accessible comments from discussion elsewhere: 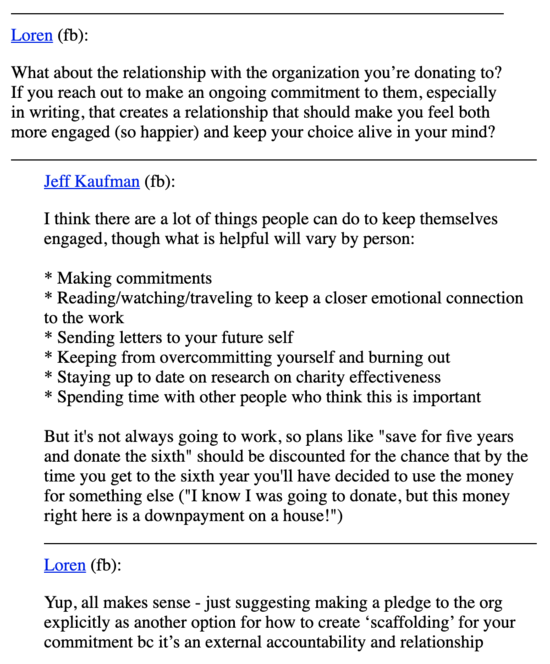 By default it's first-name only when copying from social media (Facebook, Google Plus) and full name when copying from forums (LessWrong, EA Forum), though I have it always use my full name for clarity. While everything I copy over is already world-readable without an account, some people don't want their comments copied (let me know if that includes you!), in which case I show something like: 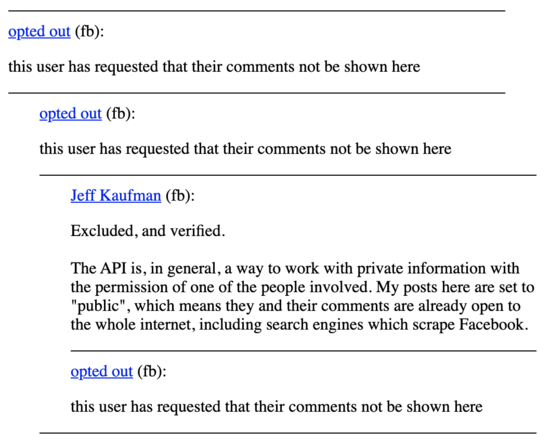 It's a little fragile, though, and about a year after I last fixed Facebook comment inclusion it broke again. And Google Plus was turned off, so I couldn't pull comments from there either. And the EA Forum and LessWrong migrated to new software that didn't support the old (and not very good) rss-based system. And my adapters for Hacker News and Reddit broke too.

I've now gotten the main four working again, though it's not quite the same as before:

At some point I may get Reddit and HN fixed, but I don't crosspost to them very often so it's not much of a priority.