Sorted by New
6What AI companies would be most likely to have a positive long-term impact on the world as a result of investing in them?Q1mo
Q
2
22If there were an interactive software teaching Yudkowskian rationality, what concepts would you want to see it teach?Q2mo
Q
21
8Inoculating against Psychedelic Woo2mo
11
2MikkW's Shortform2mo
56
11Calibrate words, not just probabilities3mo
3

What are some beautiful, rationalist artworks?
MikkW1d4

I chose this picture both because I find its composition to be aesthetically striking, and for its portrayal of Piotr Wozniack, in deep thought and ready to jog (an activity which I personally find conducive to great thinking), someone who represents many of the traits I appreciate in a rationalist mind:

Wozniack wanted to learn as much as possible, as efficiently as possible, and ran into fundamental limitations with the capabilities of the human mind, without access to any technology that could help him overcome the barriers he faced. So he did the only reasonable thing: he ran experiments on himself, recording how effective different methods of learning were; he read and learned as much as he could about the psychology of learning to find hints as to how to solve his problem; and once he finally figured out a way to dramatically increase the efficiency of his learning, he gained access to a computer (by means that were borderline illegal in then-Communist Poland) to actually implement his solution.

Wozniack's story is the meta-story for the importance of the virtue of scholarship, and thanks to his hard work and ingenuity, there now exists SRS (that is, the underpinnings of software like Anki), a technology that has played a massive role in my life- it allowed me to learn a second language to a high level of proficiency when I was a teenager, and I still interface with the algorithm Piotr wrote on a daily basis (as I know a good number of other LW'ers do) to help me store a large amount of useful information in my head.

(I enjoyed reading this article (which is the source of the picture) on Wozniack, and would recommend it to anyone who is curious about this character)

Reply
What are some beautiful, rationalist artworks?
MikkW1d1

Thanks for sharing the picture. I feel like the excerpt you posted from Wikipedia isn't the most important part. While it touches on the artistic significance of the piece, it leaves open many questions about the relevance of the piece as a symbol of rationality. I found the following excerpts from the same article to be more enlightening in this regard:

The painting depicts a natural philosopher, a forerunner of the modern scientist, recreating one of Robert Boyle's air pump experiments, in which a bird is deprived of air, before a varied group of onlookers. The group exhibits a variety of reactions, but for most of the audience scientific curiosity overcomes concern for the bird. [...] Despite the operational and maintenance obstacles, construction of the [vacuum pump] enabled Boyle to conduct a great many experiments on the properties of air [...] He listed two experiments on living creatures: "Experiment 40", which tested the ability of insects to fly under reduced air pressure, and the dramatic "Experiment 41," which demonstrated the reliance of living creatures on air for their survival. In this attempt to discover something "about the account upon which Respiration is so necessary to the Animals, that Nature hath furnish'd with Lungs", Boyle conducted numerous trials during which he placed a large variety of different creatures, including birds, mice, eels, snails and flies, in the vessel of the pump and studied their reactions as the air was removed.

Reply
What are some beautiful, rationalist artworks?
Answer by MikkWOct 18, 20205 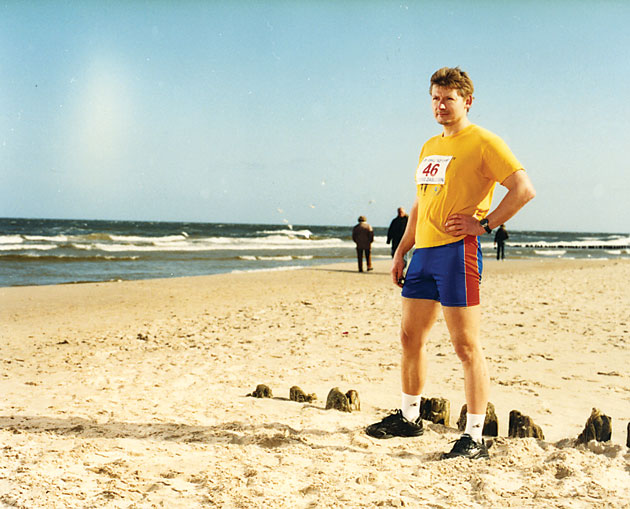 Piotr Wozniack, inventor of SRS, the algorithm behind Anki

On building and keeping habits, I have a notebook with little bubbles for keeping track of daily habits:

There's a list of things to do every day (which I chose), and when I do them, I fill in the bubble for that task and day. Habits I have tracked include brushing my teeth 2x/day, meditating, excercisizing, working towards my goals, clearing Anki, and writing a short "mission statement" every day (I have also recently reserved a few pages for weekly habits, such as playing chess, shaving, or doing my laundry, which I have found so far to be valuable). Of course, you could choose whatever you think would help you live a better life. It should be fairly easy to recreate this system using blank paper, especially using graph paper.

I find that it has provided a good amount of value to me, and would recommend it to anybody who wants to build stronger habits.

I don't have anything helpful to say, but I'm commenting because it's important to me that you know that you're not just shouting into the void. Life's tough. You matter, and I am confident that in the right conditions, you could do amazing and valuable things.

As far as actually getting into those right conditions... I'm reluctant to say anything, because I don't know your situation, and I'm sure you've heard plenty of the obvious refrains many, many, many times

I've been considering the possibility of the occurrence of organized political violence in the wake of this year's election. I have been noticing people questioning the legitimacy of the process by which the election will be conducted, with the implied inference that the outcome will be rigged, and therefore without legitimacy. It is also my understanding that there exist organized militias in the US, separate from the armed forces, which are trained to conduct warfare, ostensibly for defense reasons, which I have reason to believe have a nontrivial probability of attempting to take control in their local areas in the case of an election result that they find unfavourable.

Metaculus currently gives 3% probability of a civil war occurring in the wake of this election. While there are many scenarios which would not lead to the description of civil war, this probability seems far too low to me.

I'd say the main benefit it provides is making learning easier - instead of learning "foo" means 'good' and "bar" means 'bad', one only needs to learn "foo" = good, and inverse("foo") = bad, which halves the total number of tokens needed to learn a lexicon. One still needs to learn the association between concepts and their canonical inverses, but that information is more easily compressible

From my personal experience, there is no way to improve your art through imagination

I have found that statements of the form "from my experience, it is impossible to [do something that I tried]" tend to be incorrect, since there are far more avenues to do something in a certain way than a single person can try in a lifetime

While this would be an inconvenience for the on-boarding process for a new mode of communication, I actually don't think it's that big of a deal for people who are already used to the dialect (which would probably make up the majority of communication) and have a mutual understanding of what is meant by [inverse(X)] even when X could in principle have more than one inverse.