The Juneberries are ripe, and the kids got pretty excited about picking some at the park: 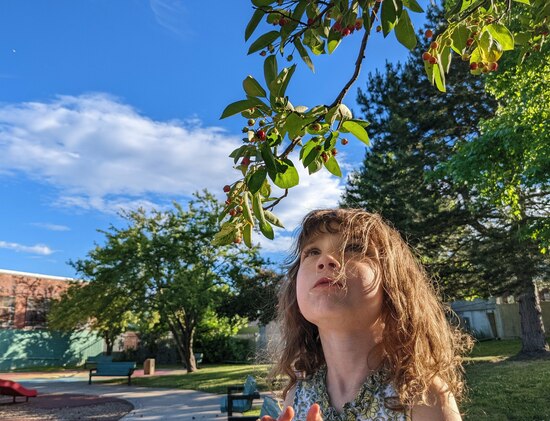 This is not a berry I knew about growing up. In gardens there were strawberries, blueberries, blackberries, and raspberries, and there were mulberries on street trees, but when I saw these berries I assumed they were ornamental only. A neighbor showed them to me last year, though, and they're pretty good! Some of the flavors remind me of the kind of ripe peach you generally can't get around here. 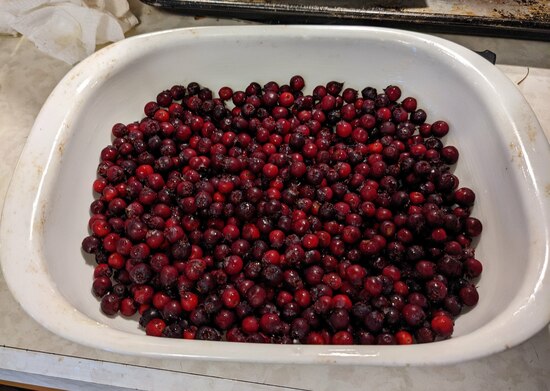 The kids were so into picking them that we ended up with about 3 cups. The next day we still had almost as many, so I decided to make what my family calls "peach cake" (regardless of the ingredients). It's lots of raw fresh fruit baked under an eggy cake batter (recipe). 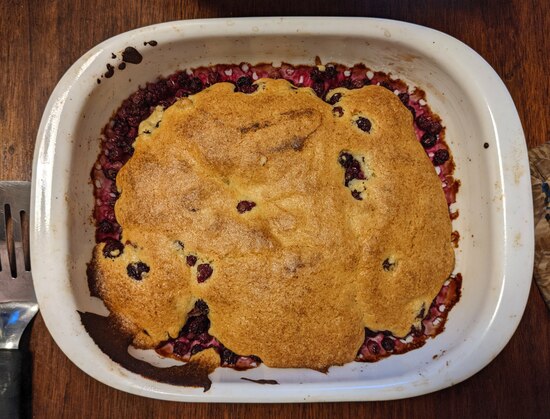 It came out ok, but not as good as when using conventional fruit; the more subtle flavors of the berries had been baked off. There was an almond flavor, which the internet tells me is from the seeds, but it wasn't any more interesting than if I'd just put in a dash of almond extract.

Next year I'll probably stick to eating them off the tree.

Twist: It's actually an AGI who made this post to lull me into one second spent on this god-forsaken website not gripped with fear and anti-AI sentiment.