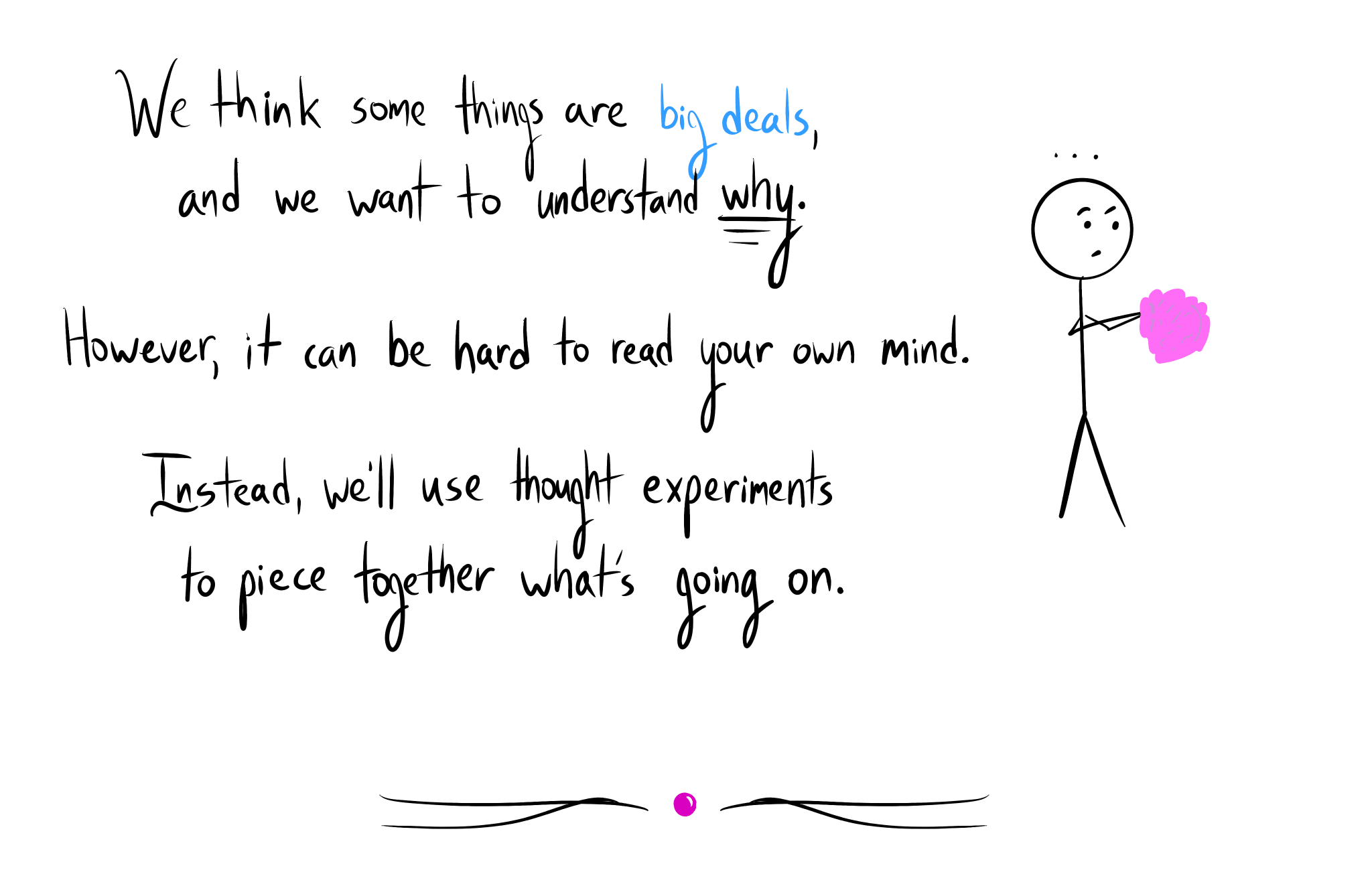 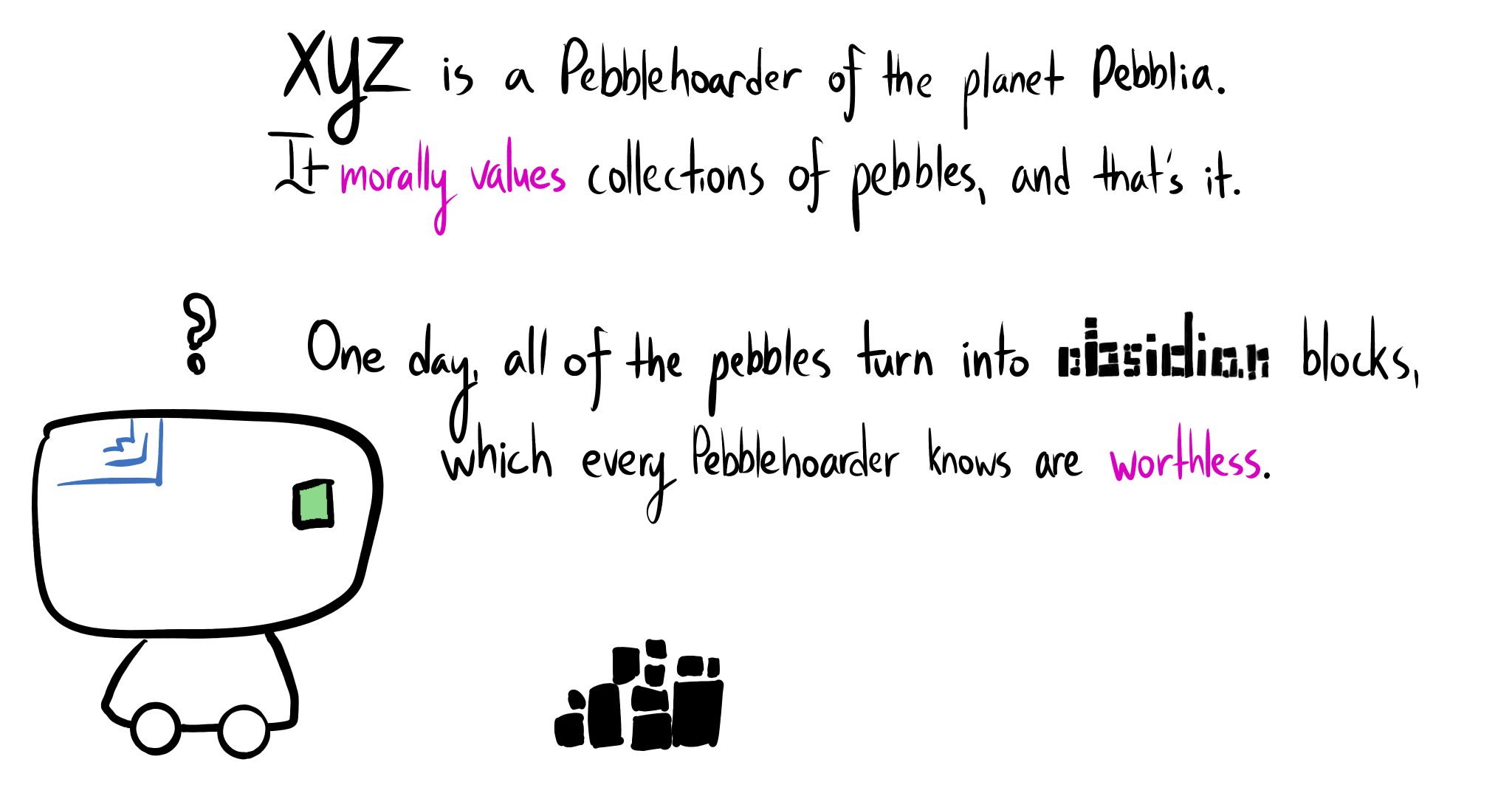 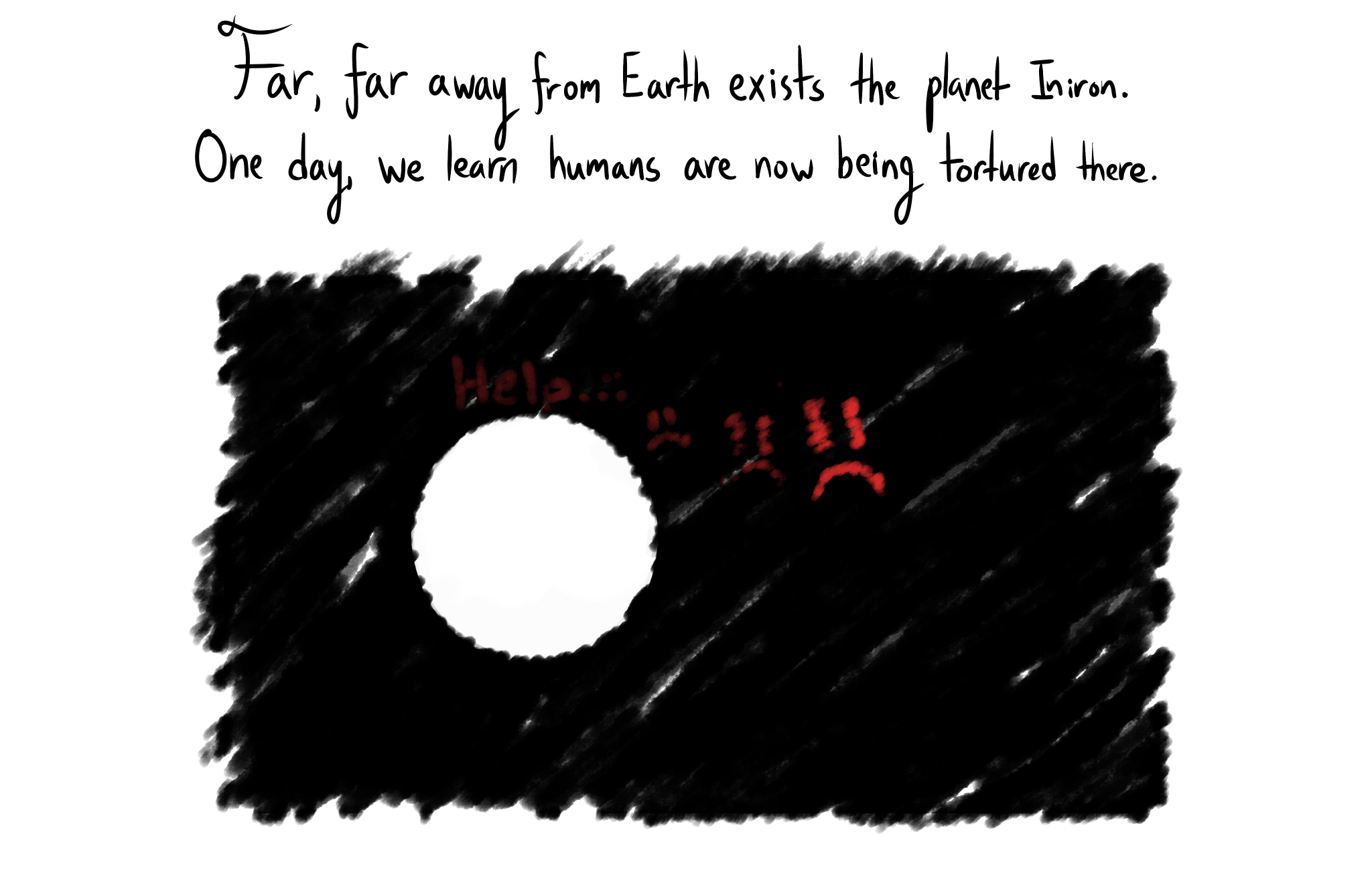 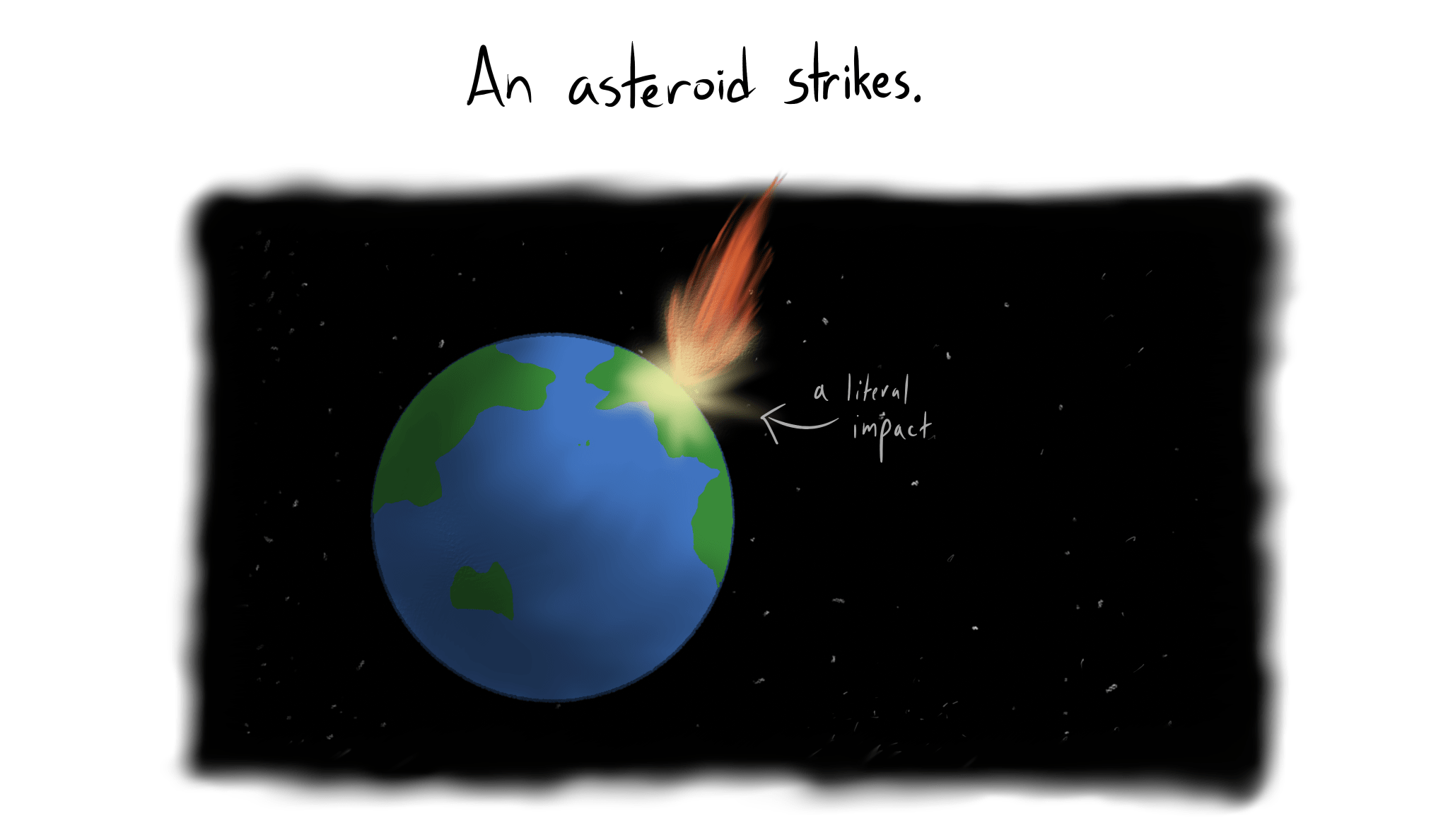 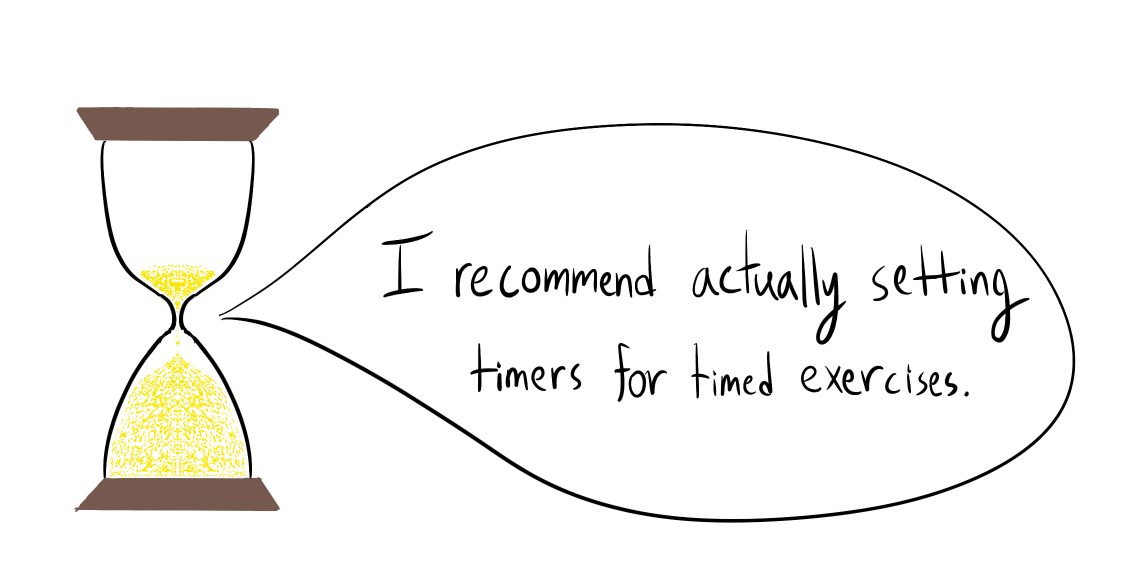 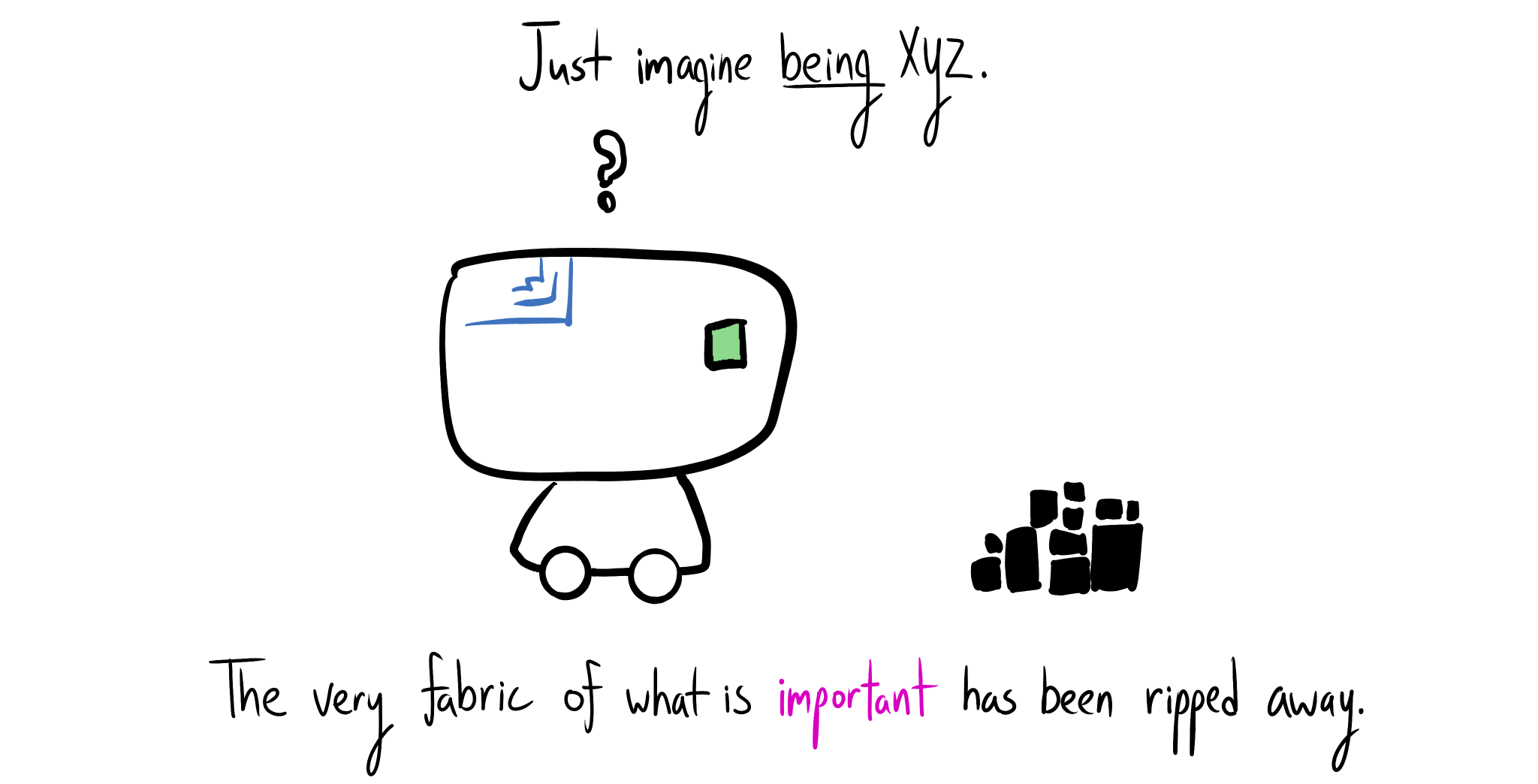 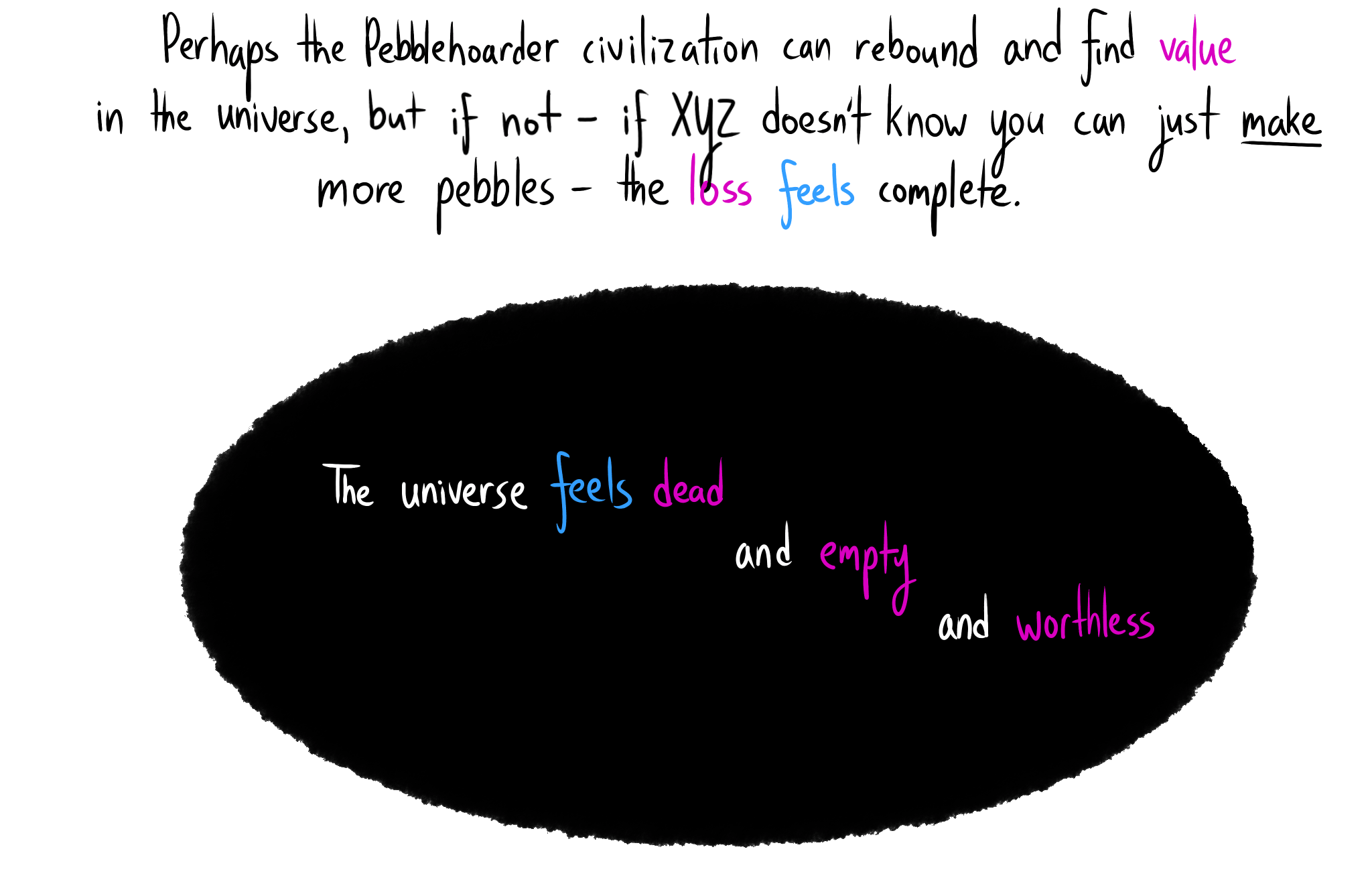 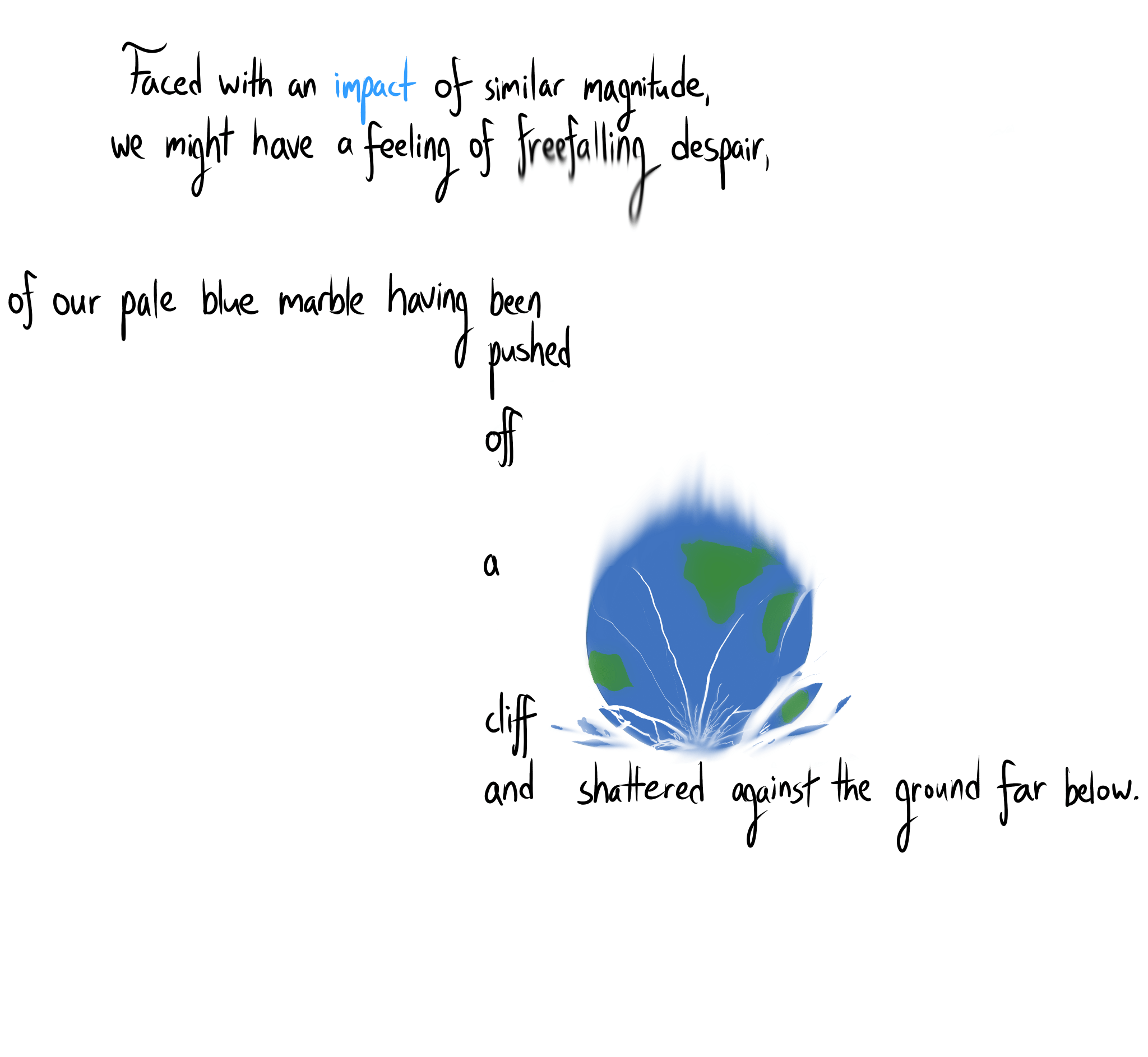 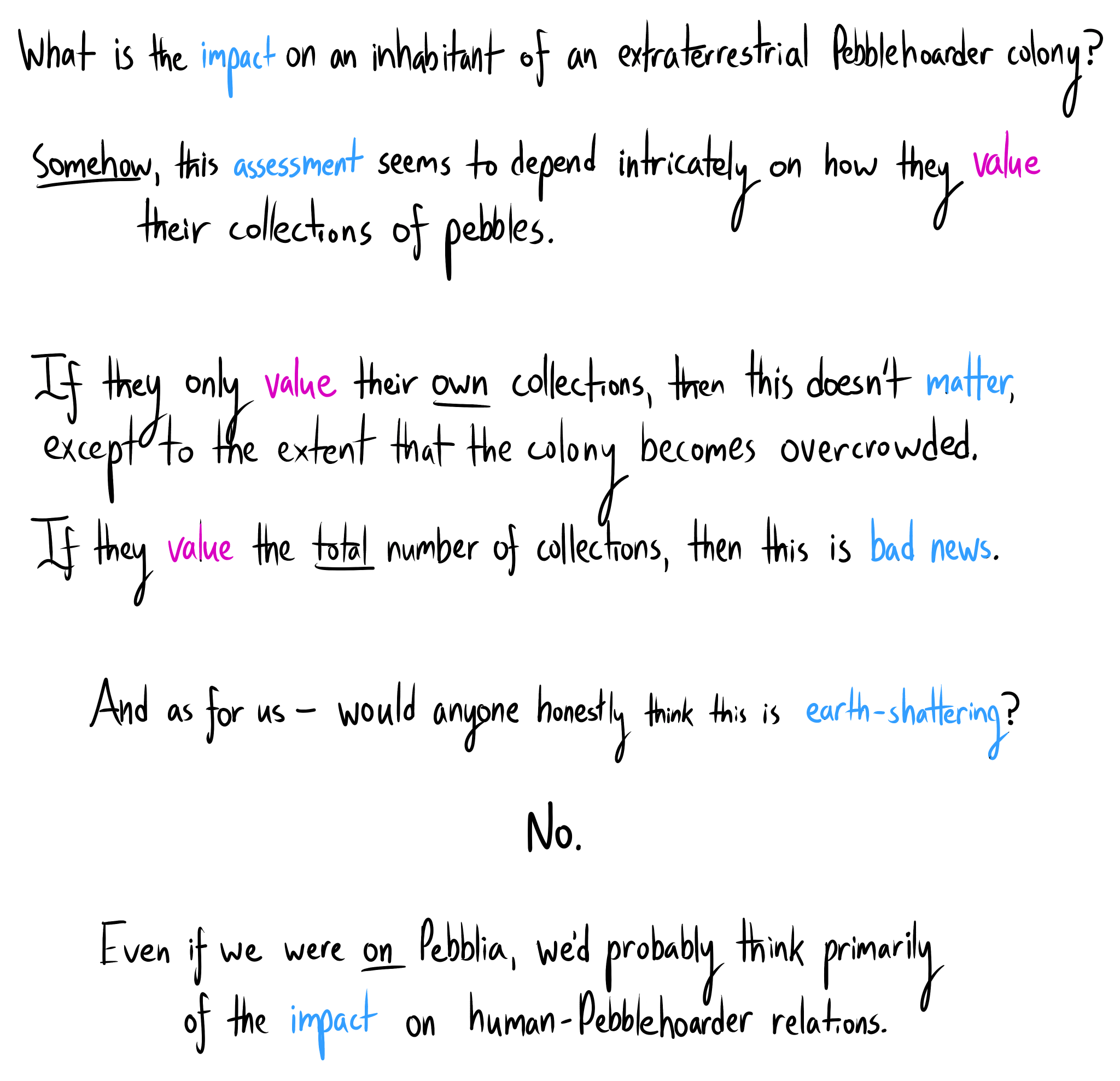 Being on Earth when this happens is a big deal, no matter your objectives – you can't hoard pebbles if you're dead! People would feel the loss from anywhere in the cosmos. However, Pebblehoarders wouldn't mind if they weren't in harm's way. 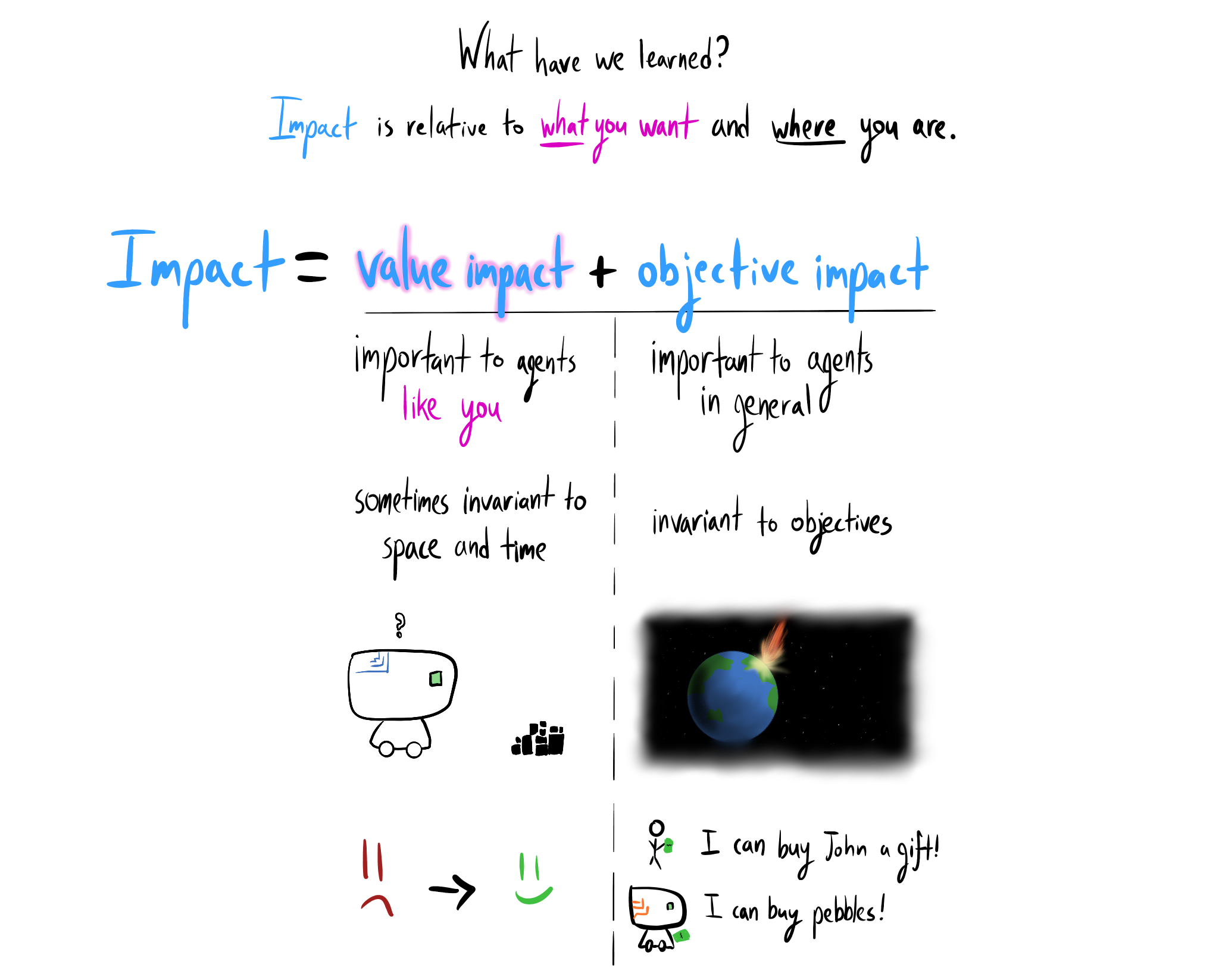 A natural definitional objection is that a few agents aren't affected by objectively impactful events. If you think every outcome is equally good, then who cares if the meteor hits?

From now on, assume we aren't talking about this kind of agent.

Previous:
Reframing Impact
10 comments86 points
Next:
Deducing Impact
21 comments58 points
Log in to save where you left off