Conversation Exchange is a website where you can find someone to practice a foreign language with. For example, if you are an American learning Russian then you can make friends a Russian who wants to practice their English.

Last year I sampled the profiles of 20,340 Conversation Exchange users.

Here is a graph of the top 25 languages on the website as measured by how many native speakers had public[1] Conversation Profiles active in the time period I sampled. 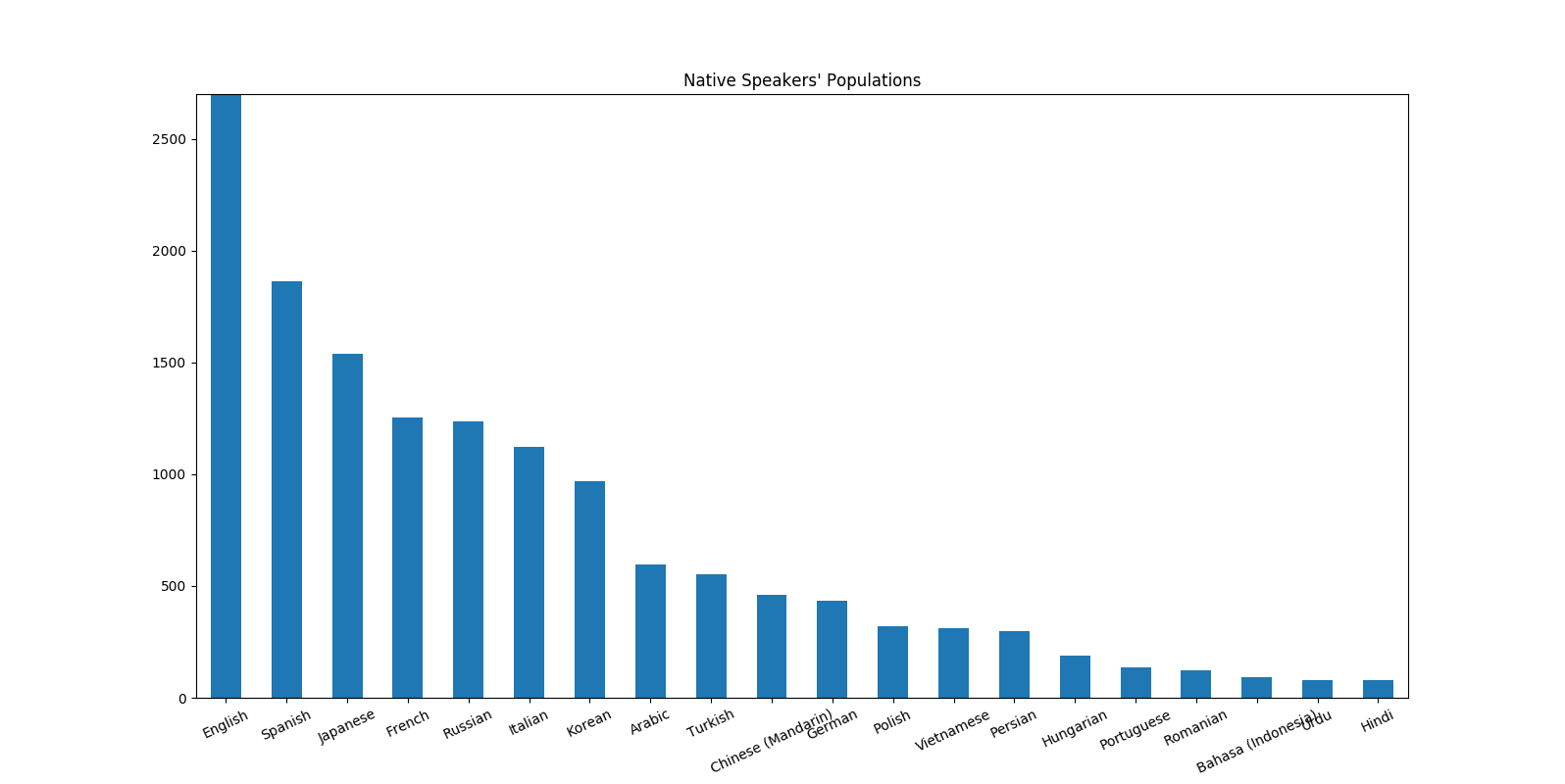 What happens if we control for native speakers' population size by dividing it away? 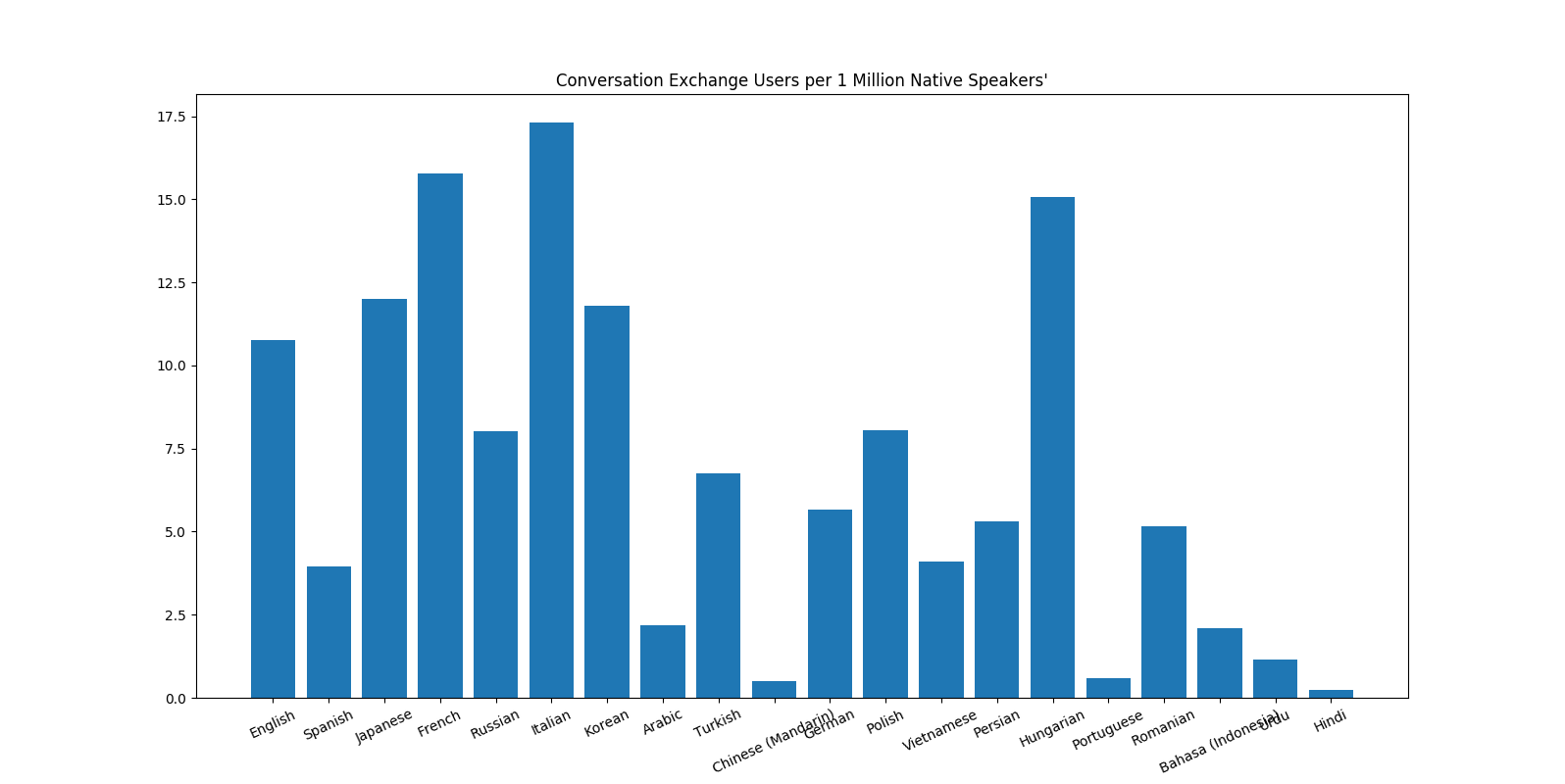 The top non-English languages per capita are the European languages French, Italian and Hungarian, followed by Japanese and Korean. Mandarin, Portuguese and Hindi drop to the bottom due to their gigantic populations and relative isolation from the English-speaking world.

The most important language in the world to know is English. Almost[2] all Conversation Exchange users who don't speak English natively have English as their target language to learn.

What do English speakers want to learn? 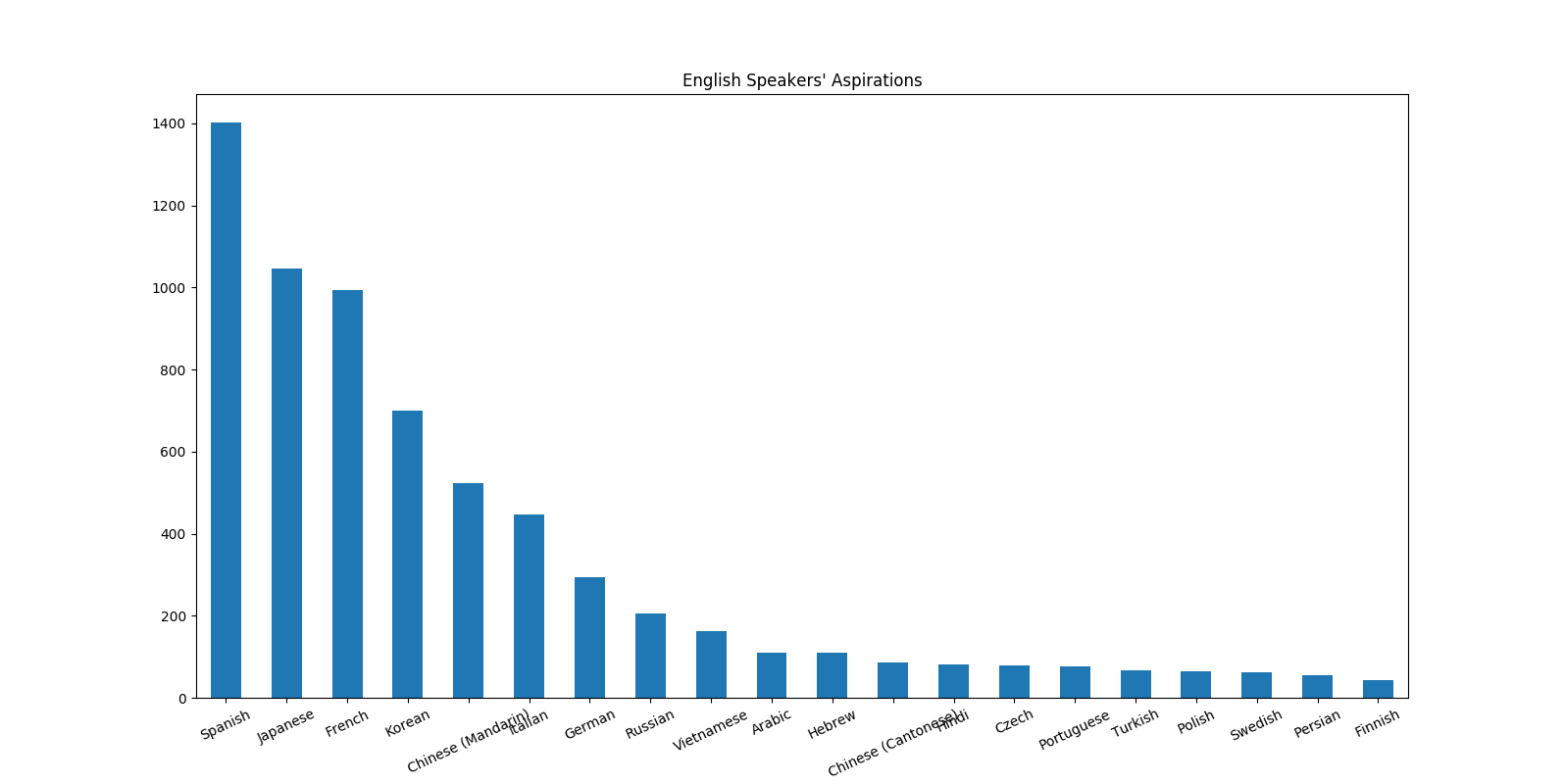 Generally-speaking, if a language has strong ties to the English-speaking world then lots of English speakers want to learn the language and lots of native speakers join Conversation Exchange to improve their English. Spanish and Chinese are weirdly asymmetric.

A quick search on Conversation Exchange indicated that the native Spanish speakers are mostly Spaniards, with a few Mexicans mixed in.

If we divide the "English Speakers' Aspirations" graph by the population of the target languages then we can measure the per capita cultural power of different populations on the English-speaking world. 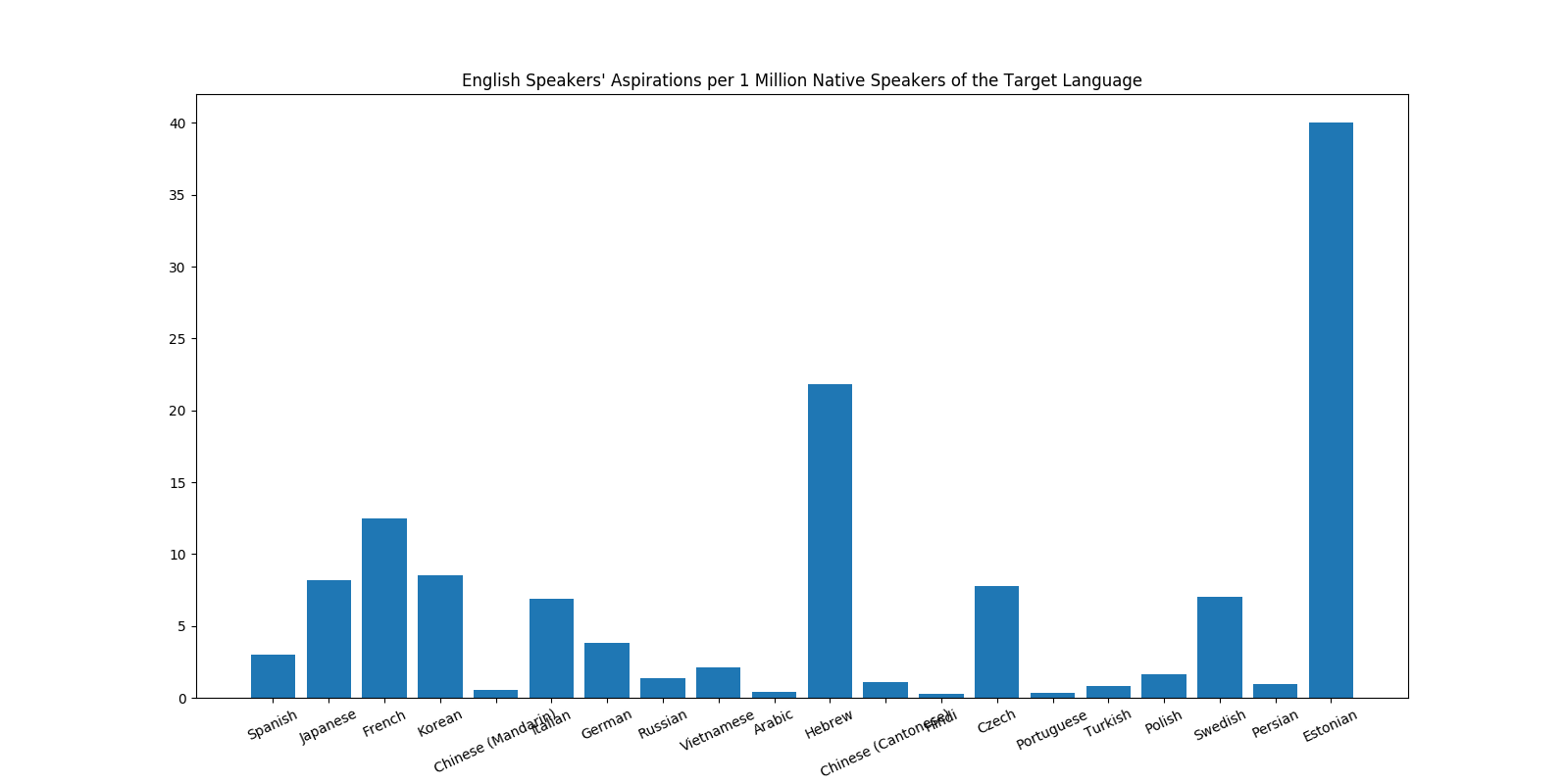 I do not know what Estonia is plotting[3]. Otherwise, everything makes sense. Especially Hebrew.