A Short Intro to Humans

A Preface to Intro to Humans

I used to understand humans. We were God's avatars on earth, sent to witness His Glory and enjoy His Grace - maybe up to a measurment error. Than God died, leaving some huge holes in my worldview. To address one of these holes I bought an Introduction to Psychology textbook, and read the "approaches to psychology" section. In this post I will try to lay out some main approaches to psychology and some relations between them, trying to understand them as different layers of the same map. My goal is not to inroduce any novel object-level ideas, but a high-level perspective.

Attempts to understand human nature existed as "ethics" and "philosophy of mind" since forever, but the modern story began with Darwin's  The Descent of Man, and Selection in Relation to Sex. As Chris Lerwill put it:

He points out continuity of features such as curiosity, imitation, attention, memory, imagination and reason, discusses the possible evolution of social structures involving sympathy, fidelity and courage, and concepts of beauty especially in relation to sexual selection. For many of his proposals he used evidence from cultures worldwide, both from his own experience and from his extensive correspondence with anyone that he felt might provide information beneficial to his developing ideas. The Descent of Man also made a novel contribution to psychology in that it was the first time that anybody had looked at humans as a naturalist observing a species of mammal or indeed animal (almost 100 years before Desmond Morris and The Naked Ape) and was able to step outside of our species and look at us as if as an alien naturalist.

And so, the seed of modern psychology was planted - with the understanding that humans are part of the natural world, and a potential subject for scientific investigation just like any other part. It was also the source of more specific priors, that heavily influenced the later schools:

I find this approach the hardest to describe as a specific facet of the big picture. Maybe it just isn't, and maybe a commenter would have better idea. For now, let me present the approach by its foe - human as an ideal agent.

The theory of natural selection is mostly thought of as a theory for competence, alternative to inteligent design. It is therefore reasonably thought to predict competence. But, Freud would eagerly remind you, it only predict competence only in the distribution of environments in which the selection happened. And you simply are not in that environment - you are in 19'th century Austria, taking cocaine and playing mind-games with all your intelectual friends!

And, he would remind you, natural selection certainly doesn't predict flawlessness. Not even the lack of obviously stupid flaws, that an engineer would spot imidiately. Actually, maybe quite like an engineer in a startup. It will implement that killer feature that make you dominate the whole echo-system, and it would do it as fast as it can, no matter how many bugs are introduced. Your back hurts? Have too many teeth? Strange kinks? Unstable personality? Register a complaint and we may try to fix it in the next version - the one after you build a civilization and control the world.

When you think about it that way, much of Freud start to make sence. Of course everything is about sex and parenting in some twisted way! Of course you are some hibrid of an animal and a 19-century-Austria fantasy of what a human is supposed to be, held together by something agentish that doesn't really know what they are doing. What did you expect??

This one was not mentioned in the book, since it is not generally considered a part of psychology. Then again, aerodynamics are not considered a part of zeology, and are still necessary if you want to understand birds. And just as much so if you want to understand bats or butterflies - it does not characterize the organism, but the niche. So lets just say that and move on: to truely understand humans, we will have to understand probability and value functions and Nash equilibria and the like - even if optimal agent isn't a very good approximation of what we actually are.

Behaviourism is often portrayed as a reaction to the speculative nature of psychodynamics, by trying to be as  strictly "scientific"  as possible - statistics, controlled experiments, and stop all this nonsense about things you don't actually see. Don't even appeal to evolution if you don't have to. Just tell me what you observe. We don't do psychology as in "theory of the psyche". We do behavioural science.

While it was not the main motivation of the movement, the focus on behaviour may also be justified with Evolution in mind. Unlike the Abrahamic God, Evolution didn't care about our beliefs and feelings. It created our brains to make our bodies move in usefull ways, and everything else is side-effects. Maybe we should put the same glasses in order to understand Evolution's creation.

That's the philosophy part. In practice, their research was focused particularly on learning. Turn out that when you just observe the behavoiur of different animals, you see pretty much what you would predict from relatively-robust goal-oriented systems - they do things that worked well in the past, and use precursory signs to situations that require action. And as you would expect if the system where selected to different niches, different species display different inductive bias.

The cognitive approach is strongly connected to behaviourism, but with different philosophy of science - one that allow for Belief in the Implied Invisible . It is still black-box analysis grounded in observable behaviour, but try to causally explain it rather than just statistically describe it.

The basic view of the brain didn't change. It is still there to relate environmental input to behavioural output. But if this is the case, and if you allow yourself to think at all about what happen in the middle, than it is only natural to think about the brain as a computational system, and ask the questions that we know to ask about computational systems - what algorithms does it run, what are the constraints on memory and computes, etc.

This one should have been obvious. Why do black-box research if you can open the box?! If you want to understand brains, just look at the damn brains!
Here is a human brain: 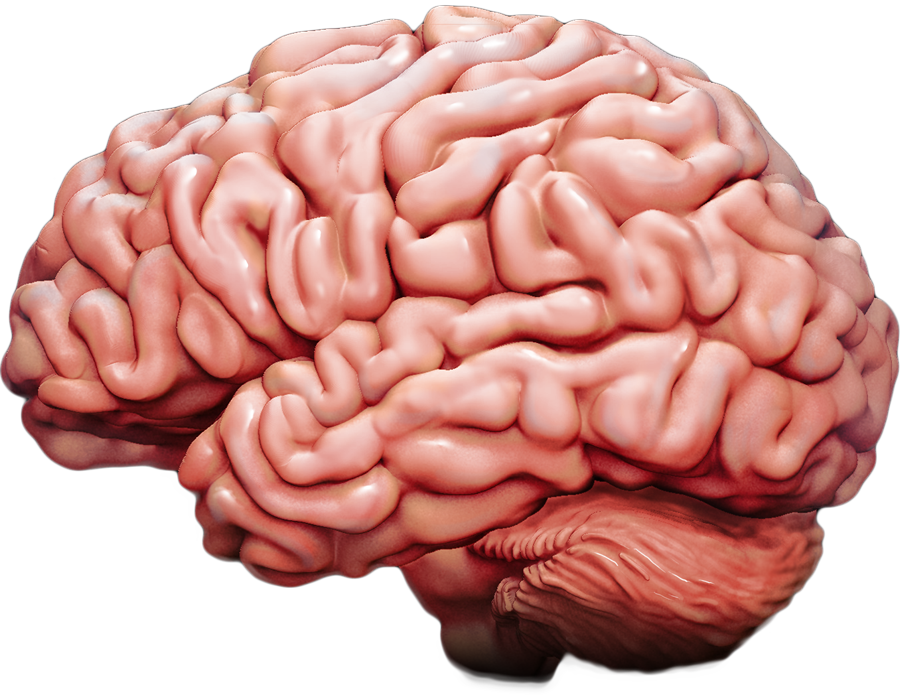 Undersand anything? Neither did Aristotle. This thing was not selected for comprehensibility. With current technology and many years of research we can understand much more, but it doesn't seem like full reduction of psychology to biology is coming any time soon. Still, a big picture of what humans are can not be full without mentioning that we are physical things implemented in physical hardware.

Only that which has no history can be defined.

Friedrich Nietzsche, On the Genealogy of Morals

Developmental psychology is more of a field of research than an approach in the same sence as Cognitivism or brain science. Indeed, its importance is recognized by most if not all of the other approaches. Yet, it tend to appear in such lists, and have an important moral: A general theory of humans isn't worth much unless it can explain specific humans. Therefore it is not enough to understand how humanity came to be - we must look closely at how specific humans come to be. This point related to earlier themes - the centrality of learning in Behaviourism, and the human-environment mismatch in (my steelman of?) psychoanalysis. Even from the Cognitivist point of view - which is somewhat more focused on inate rather than the learned - it is iluminating to see which inate skills develop first, and using it as a hint for thier mechanism.

Again, more of a field of research. The main insight here is that humans are a social species, and our more specific niche seem to be some flavour of social species 2.0 - as indicated by our usage of language, or by how much of our behavioural diversity is explained by culture. My IQ may be mostly hereditary, but the fact that i'm writing a post using a computer rather than huntig a deer using a stone knife - is mostly about where and when I was born, and is probably an even better predictor of life outcomes.

It is therefore extra important to study how we interact with each other. For example, it is important to note how much of our learning isn't based on first-person experience as decribed by early behaviourists, but rather on imitating others or believing their stories; or how much of our motivations have to do with social rather than "material" goods.

Say you want to understand water. You may first study a water molecule of water in vacum. Than you may move to study the interaction between pairs of molecules, or between a single molecule and its aggregate environment - that is sort of what social psychology try to do. But it is another thing to study the water as a fluid, "aggregating away" the distinction between particles. And you may actually have to do so before you approach the molecule-fluid interaction, because it require an aggregate model of the fluid. In similar ways, it is likely that some understanding of societies come before we can truely understand individuals.

A Summary of Intro to Humans

Humanity, and the human mind in particular, results from evolution by natural selection. It was selected to execute rules that control behaviour in ways that were huristically adaptive in the ancestral environment. In other words, it was selected to approximate an ideal agent. The work of controling behaviour is computational in nature, and is implemented on a biological hardware - the brain. Maybe the most important aspect of our environment is the interaction with other humans, and the societies that we form toghether. As societies are diverse, so is our environment. While some of our algorithms does not generalize well to our current environment, we can somewhat compensate with general skills like learning from our own experience and from that of others. But the same openness that help us to fit in, also make our character develop according to our personal histories, and therefore as diverse as our conditions.

It is my first post here, so I sort of expect downvotes (or at least, try to be ready for them). Yet, I would appreciate also getting more informative feedback - things like "be more concrete", "use shorter sentences", etc.