Welcome to the depths of the sea, far beyond the reach of sunlight. Here ye shall feast upon the dead. 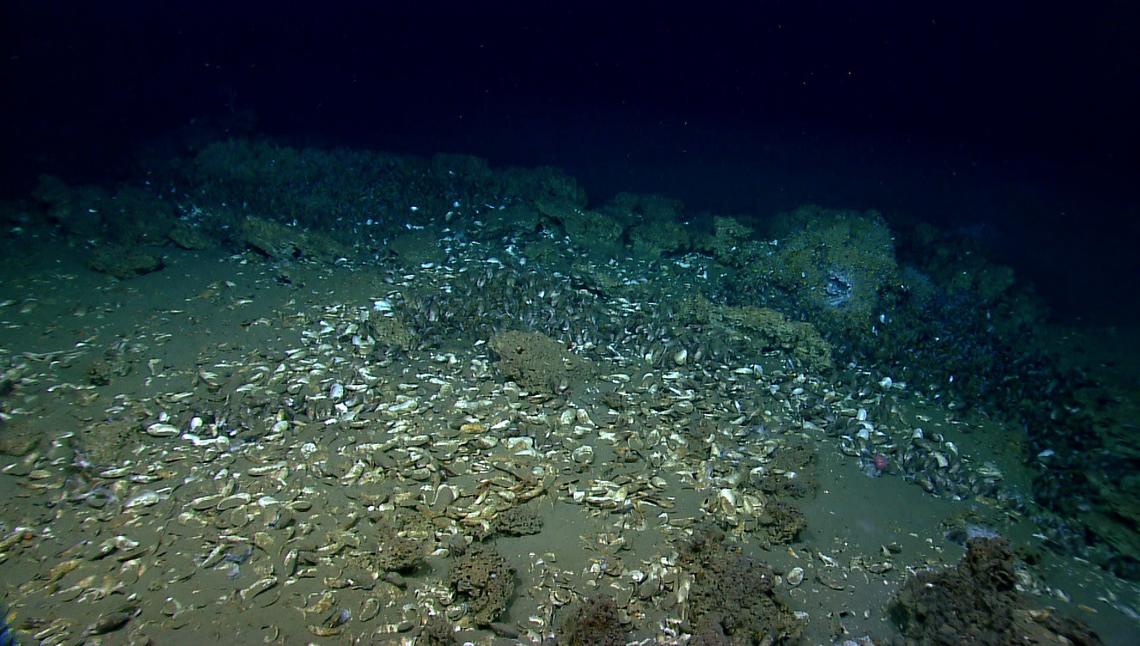 72 species were submitted to the Benthic. 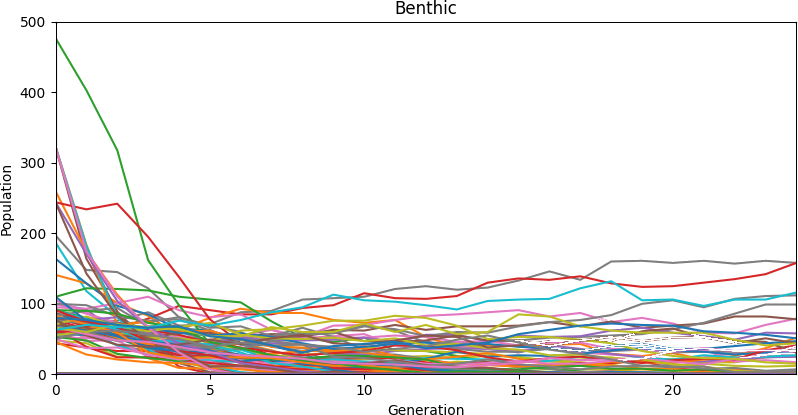 We start with a population crash, as usual. After that, the populations almost look like they stabilize. Less than half of our species have gone extinct.

Here are our populations at generation 25. 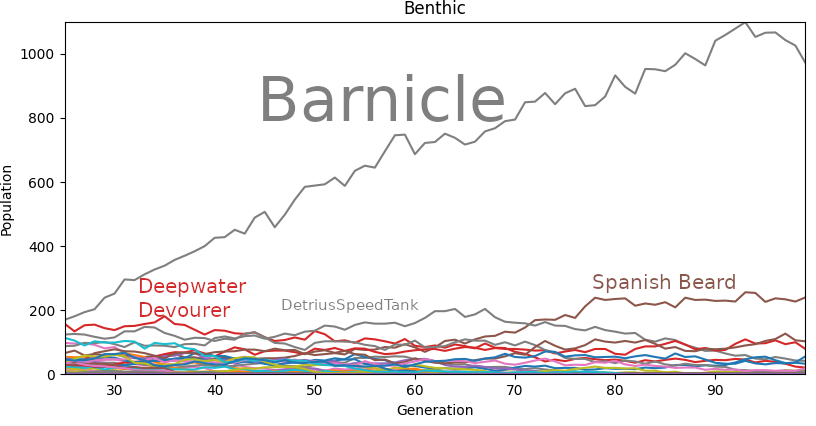 Most of our species die out leaving only Barnicles, Spanish Beards and Tillis. 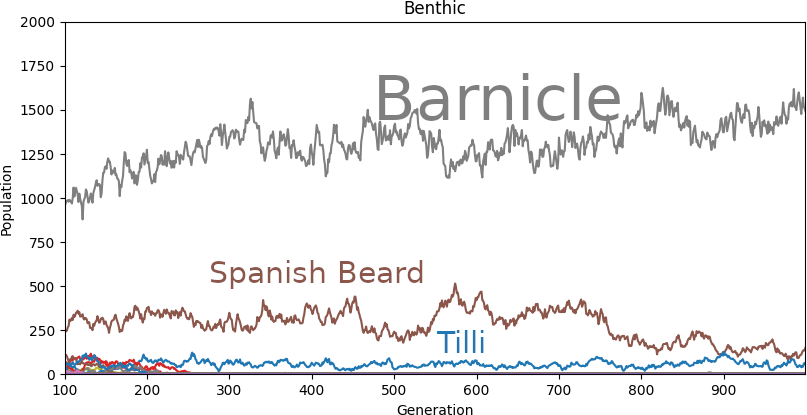 You can't see it in the above graph but a few Soonbegons trickle in to compete for Detritus. 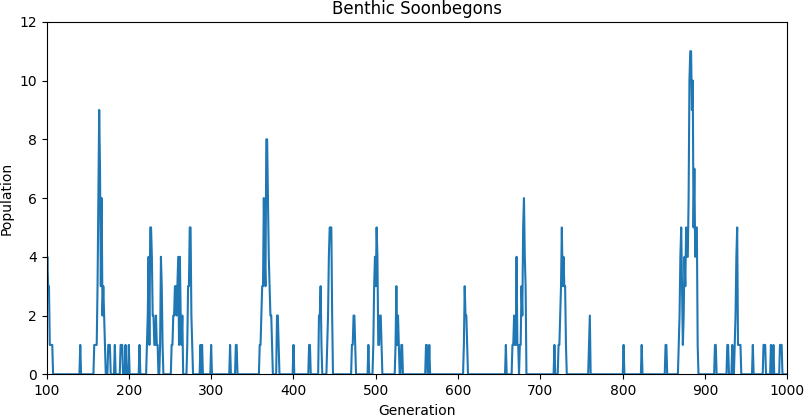 The Barnicle and Spanish Beard are identicle invincible detritivores. The Tilli occupies a slightly different niche by foraging for Carrion too.