Tabooing Science + an xkcd comic about the eclipse - "Honestly, it's not that scientific."

It occurred to me when I was reading XKCD a moment ago that given that there exists a strain of suspicion of anything 'science' among a certain crowd in this country (fundamentalists, creationists, etc), and a kind of mystique among another crowd (of the "It was in a study so it must be true" variety) that it might be helpful, given that by doing science people are more or less systematizing thinking critically and checking things to be as certain as they can about an idea, to kind of pay attention to and possibly 'play taboo' to an extent when that something-is-a-special-kind-of-a-thing-because-it-is-a-science-thing attitude comes up.

A good example being the xkcd comic I got it from: 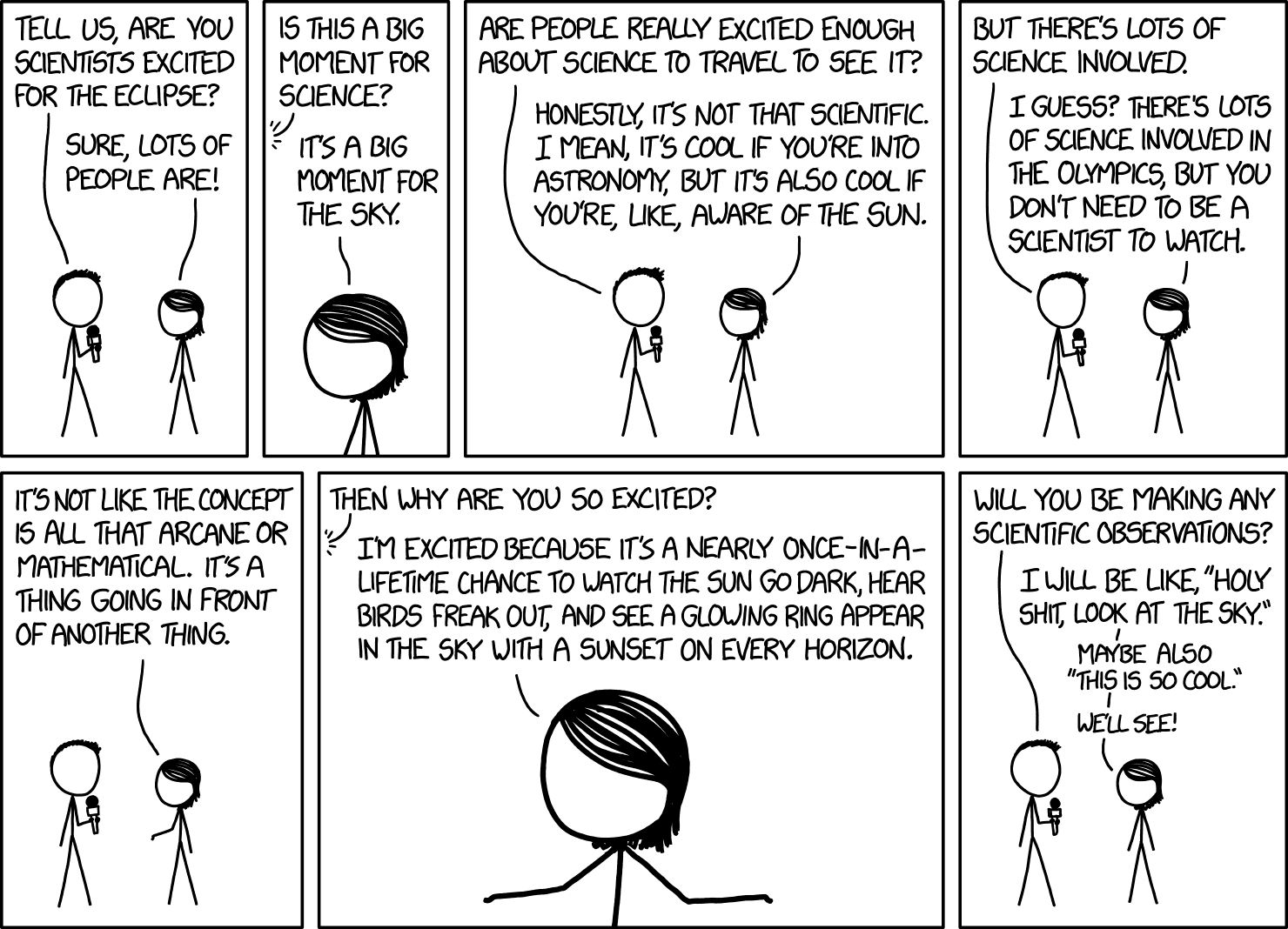 I suggest, as a corollary to Clarke's third law: any sufficiently advanced technology will be assumed to be magic.

Yes. And any sufficiently advanced technology is already assumed as (an impossible) magic.

I am quite sure, that a human with an IQ of 1000 or above would appear very much like a wizard Merlin or something like that. An impossible magic for the majority of people I know.

Or been seen as too mundane -- like in the Hichiker's Guide series where the really smart intelligance on earth were the mice, not humans or dalphin. I suspect someone that smart might realize they do better apearing less gifted (and probably simply terribly bored with any intelectual interaction with the other humans)