When I wrote about testing my ceiling air purifier prototype, two common questions were:

Several rounds of testing and one worn out particle meter later, I have answers for you! First, the bottom line: 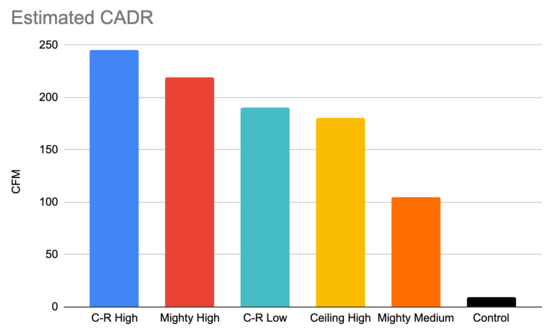 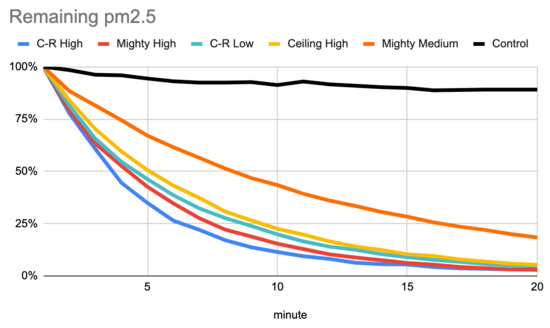 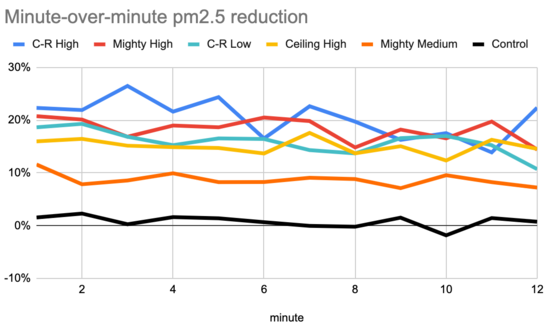 Methodology is in "Testing Air Purifiers".

The Corsi-Rosenthal box performs very well, and the control setting has a low enough decrease that ignoring it doesn't affect the analysis much.

This specific Corsi-Rosenthal box is a Lasko fan with four "FPR 10" filters that I bought several years ago. This is a Home Depot rating system, and is approximately equivalent to the MERV-13 you'll see recommended for filter cubes. This isn't a new filter: it ran in my office from when I returned to in-person work in early December 2021 until I switched jobs in mid-June 2022. The filters are decidedly grey now, and I'd likely get better performance with new ones: 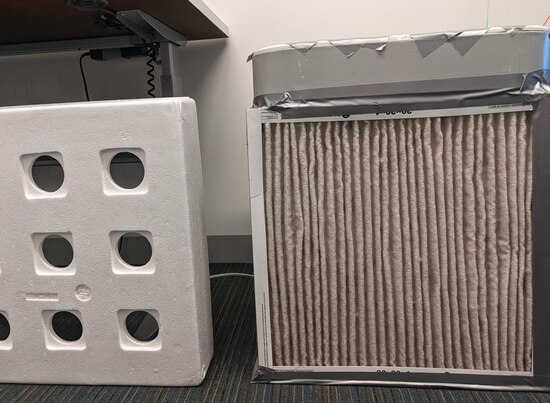 I did have a problem partway through my testing where my Temtop M2000 suddenly started giving bogus readings: 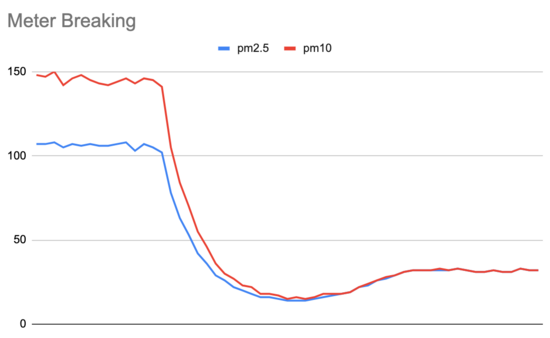 In this test I first was measuring the pm2.5 and pm10 levels with nothing running, and then I turned on the filter cube. You can see levels dropped quickly, but then started to go back up.

Over the next few days it got even worse, with it often reporting indoor levels in the 100-500 µg/m³ level even outdoors. I returned the meter for a replacement, which has worked well so far. It does make me nervous about the longevity of this device, however, since it's relatively expensive for some thing that apparently doesn't last very long?

What were the noise levels on the Corsi-Rosenthal?