The Ocean has lots of algae, a little carrion and a little detritus. It was the most popular biome, with 131 native species. 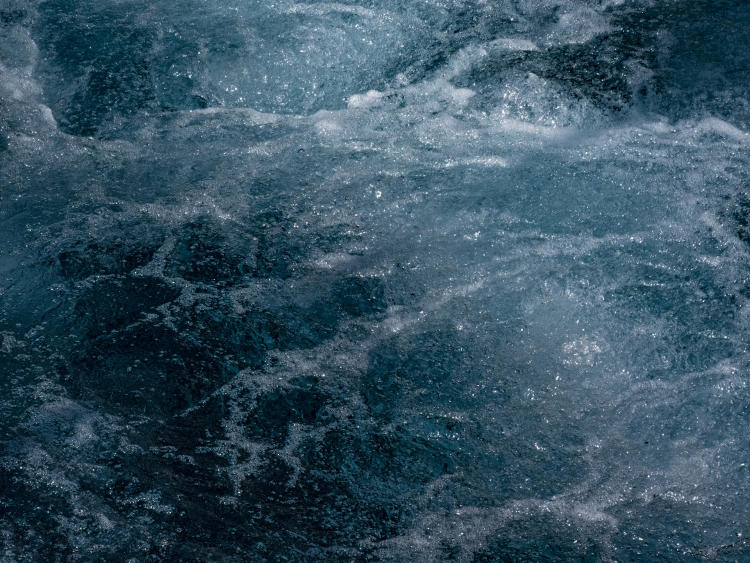 To thrive in this game as a forager you must survive the initial predators. One way to do this is to breed faster than they can eat you. Another way is to use armor or another defense.

Random guy in NY took a third route. He created the First Round Predator Distractor, a cheap species with almost zero nutrition and exactly zero chance of survival that kept the predators in check for a single round. 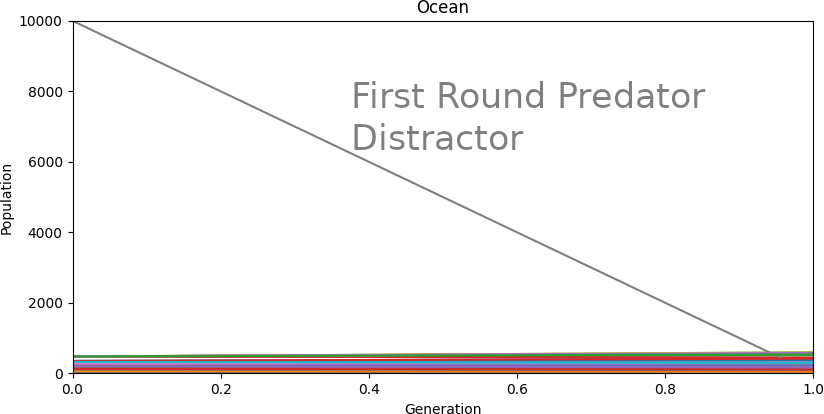 Now that Random guy in NY's silliness is out of the way let's get on to the real show. 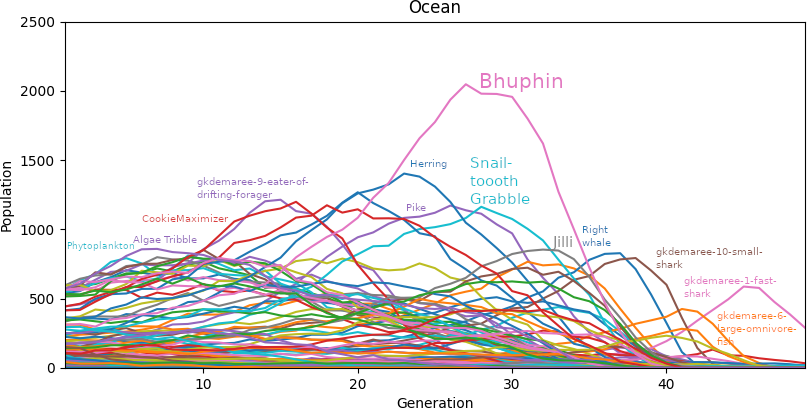 By generation 51, only 8 species remain. 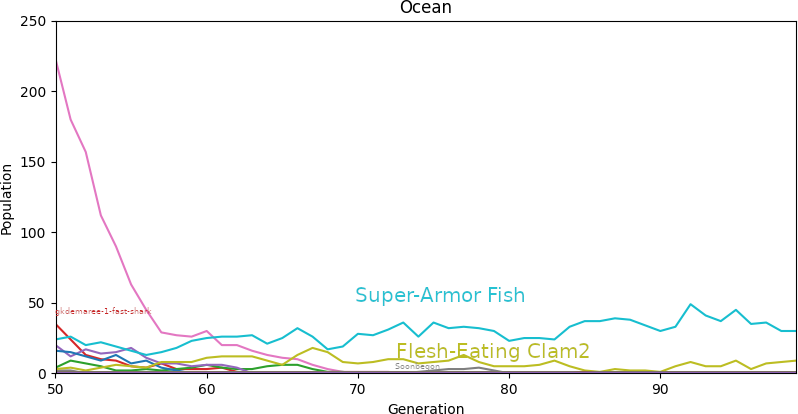 By Round 100, all that is left are the invincible foragers with maxed-out defense. However, this time there are two niches: one Flesh-Eating Clam 2, which specializes in carrion, and another for Super-Armor Fish, which eats algae too.

Alas, the Super-Armor Fish's ability to digest Algae lets it eventually outcompete the Flesh-Eating Clam2. A Soonbegon wanders in from time to time from to eat the accumulated Detritus.

Technically the Soonbegon doesn't survive forever (it goes extinct sometime before generation 10,000) but it survived long enough and interestingly enough I'm going to bend the rules and give it credit anyway.

There seems to be a pattern where all non - invincible foragers die off pretty quickly, and so all predators die long term.

Perhaps the number of initial animals of each species needs to be according to the log of the size, rather than proportional to the size?

Or perhaps there needs to be a greater cost for a failed hunt so that once forager numbers start falling, predator numbers react more quickly, allowing the ecosystem to stabilize more rapidly?

I agree, most winners so far are Armor 10 + Antivenom (the cheapest way to become invincible).