For most of the past week Lily has been trying to persuade us to have a cooking competition. Her initial idea involved kids cooking unassisted, but after talking through ways I saw this going poorly she decided she was ok with teams. This morning she said it was time, and declared it would be Lily + Jeff vs Anna + Julia.

Unfortunately, Anna was only interested in being a judge. After extended discussion Lily determined that we would be a team and Julia would compete as an individual. Luckily for Lily, when Julia woke up she was up for participating.

Lily started by making a list of the allowed ingredients: 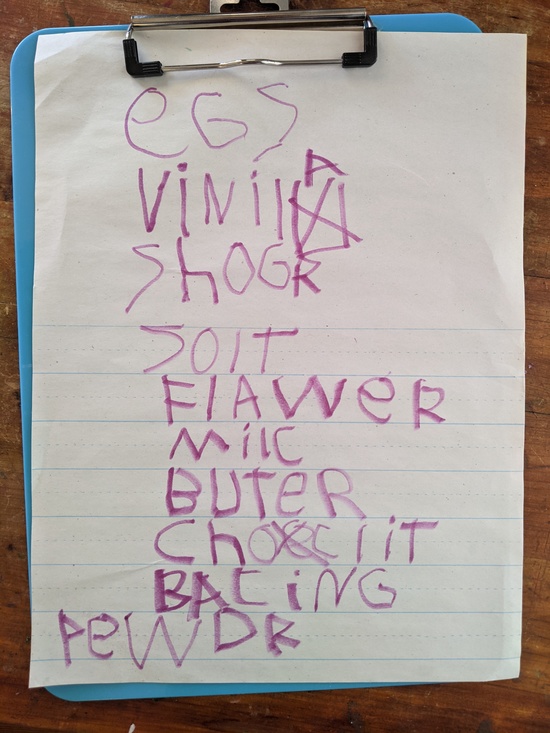 Since we only have one non-vegan oven we weren't going to have things ready at the same time, and Julia wanted to eat hers for breakfast anyway; we decided she'd have the oven first. She was enough faster that she was done with the oven before Anna and I were even close to ready to put ours in.

Lily and I made a sponge cake with chocolate buttercream frosting: 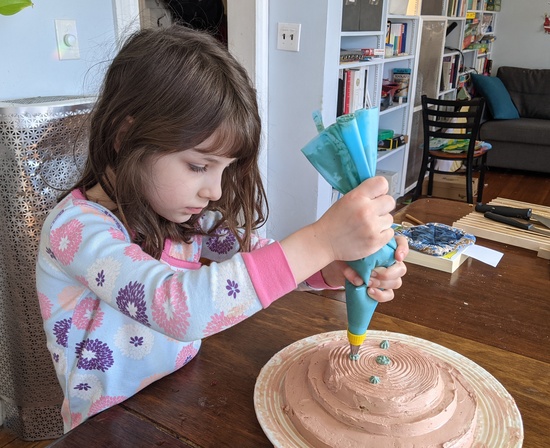 The cake was a clear judge's favorite: 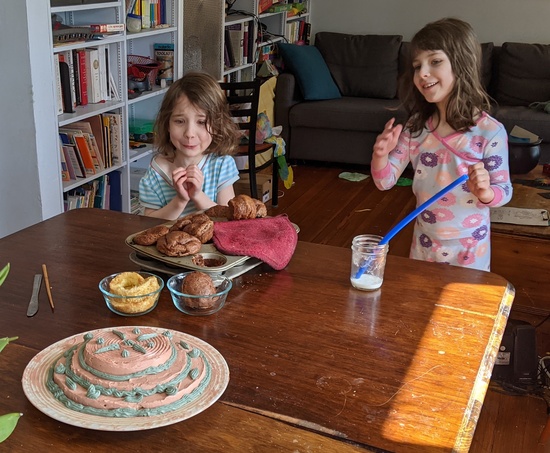 Lily: does it win?

I was confused about who was who and had to look it up from the previous post. For reference: Anna is 4 and Lily is 6.

Sorry, I should've included that!

(Anna is five now, and Lily is about to turn seven.)

I'm interested in the distinction between vegan and non-vegan ovens in your household. I've never heard about something like that. Is it because of vegans not being comfortable about using the same device or is it a "smell issue"?

We live in a house that has been divided into two units, and we live in the upstairs unit. The (smaller) downstairs unit has a separate kitchen, and the two downstairs housemates are vegan. We do communal food, and I can general use the downstairs oven if I need more open space, but only for vegan things. I think it is partly smell and partly that it's rude to cook things in their oven if they're not going to be able to eat them.