The worst part of being President of the United States is visiting hospitals. What is President Obama supposed to say to a paralyzed infrantryman's pregnant wife? The President's advisors told him he shouldn't visit hospitals because it would misalign the President's priorities. The Commander-in-Chief disagreed.

Leadership isn't about titles. It's not about management. It's not about authority or power. Those things are ancillary. Being a leader means taking responsibility for something beyond yourself.

When I was in Boy Scouts, I had a reputation for giving away my equipment. Did a scout forget to bring a spatula? He could use mine. What about me? I'd make do with the resources available. I whittled a lot of chopsticks. 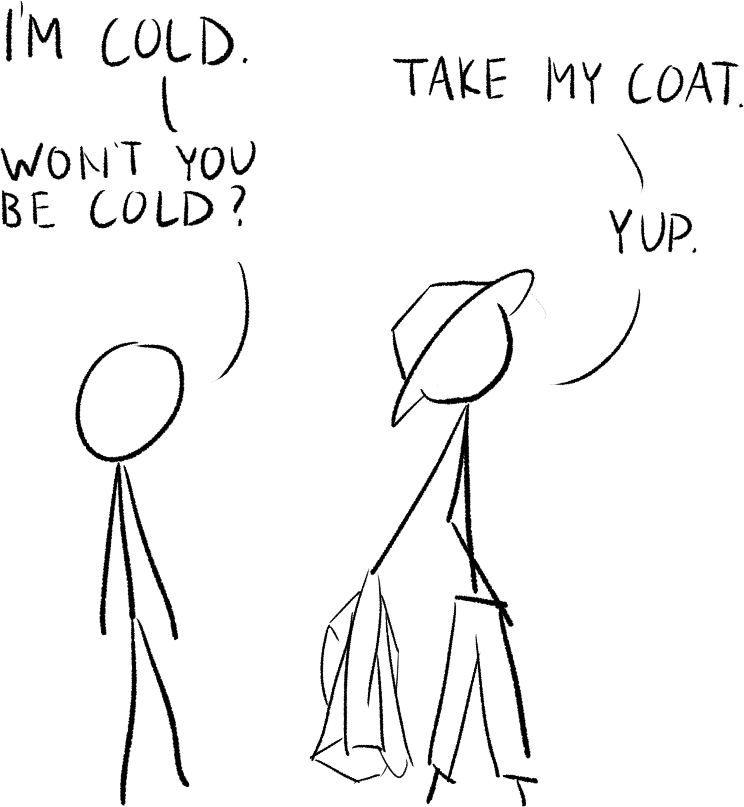 My favorite boss was a woman who ran a small business providing entertainment to corporate events and the occasional Bar Mitzvah. Many of us employees didn't have cars. This was before Uber and Lyft but we couldn't have afforded them even if they were available. The parties ended late, long after public transportation stopped running. My boss organized carpools in order to made sure her employees always had a ride home. On the rare occasions carpooling didn't work out, she drove me home herself.

Halfway through an August backpacking trip, along a shadeless ridge in the Cascade Mountains, we started running out of water. The intermittent stream we'd hoped to find halfway between our morning and evening camps had dried up.

Temperatures and tempers rose. When we were a few miles from evening camp, I saw that Jake was beet-red in the face and staggering. I offered him the last of my water. He cussed me out, insulted me, and refused. I was surprised and hurt at how vehemently he'd refused my gesture.

Years later, I discovered in the evening on day 1 of a hike through Zion National Park that I'd forgotten my sleeping bag in the back of the car. The desert's hot during the day, but frigid at night. I told nobody, put on my limited warm clothes, jammed my legs into my backpack, and shivered every night for five or six days.

I haven't thought about these two incidents side by side before. Now, I understand something of why Jake refused the water that day. We were both in the same situation, neither of us was the leader, and it was more important to him to appear self-sufficient than to slake his thirst.

Leadership is a highly cultural thing. At least that is the claim of e.g. The Culture Map and this Harvard Business article. Though maybe you mean something that transcends these real-life differences?

Though maybe you mean something that transcends these real-life differences?

Leadership as responsibility is universal across cultures. How it manifests varies from place to place and from time to time.