Reading GroupAI GovernanceAI TimelinesAI
Personal Blog
Superintelligence 27: Pathways and enablers
Summary
Another view
Notes
1. How is hardware progressing?
2. Hardware-software indifference curves
3. The potential for discontinuous AI progress
4. The person-affecting perspective favors speed less as other prospects improve
5. It seems unclear that an emulation transition would be slower than an AI transition.
6. Beware of brittle arguments
In-depth investigations
How to proceed
21 comments

Welcome. This week we discuss the twenty-seventh section in the reading guide: Pathways and enablers.

There is no need to proceed in order through this post, or to look at everything. Feel free to jump straight to the discussion. Where applicable, page numbers indicate the rough part of the chapter that is most related (not necessarily that the chapter is being cited for the specific claim).

Reading: “Pathways and enablers” from Chapter 14

I talked to Kenzi Amodei about her thoughts on this section. Here is a summary of her disagreements:

Bostrom argues that we probably shouldn't celebrate advances in computer hardware. This seems probably right, but here are counter-considerations to a couple of his arguments.The great filterA big reason Bostrom finds fast hardware progress to be broadly undesirable is that he judges the state risks from sitting around in our pre-AI situation to be low, relative to the step risk from AI. But the so called 'Great Filter' gives us reason to question this assessment.The argument goes like this. Observe that there are a lot of stars (we can detect about ~10^22 of them). Next, note that we have never seen any alien civilizations, or distant suggestions of them. There might be aliens out there somewhere, but they certainly haven't gone out and colonized the universe enough that we would notice them (see 'The Eerie Silence' for further discussion of how we might observe aliens). This implies that somewhere on the path between a star existing, and it being home to a civilization that ventures out and colonizes much of space, there is a 'Great Filter': at least one step that is hard to get past. 1/10^22 hard to get past. We know of somewhat hard steps at the start: a star might not have planets, or the planets may not be suitable for life. We don't know how hard it is for life to start: this step could be most of the filter for all we know.If the filter is a step we have passed, there is nothing to worry about. But if it is a step in our future, then probably we will fail at it, like everyone else. And things that stop us from visibly colonizing the stars are may well be existential risks.At least one way of understanding anthropic reasoning suggests the filter is much more likely to be at a step in our future. Put simply, one is much more likely to find oneself in our current situation if being killed off on the way here is unlikely.So what could this filter be? One thing we know is that it probably isn't AI risk, at least of the powerful, tile-the-universe-with-optimal-computations, sort that Bostrom describes. A rogue singleton colonizing the universe would be just as visible as its alien forebears colonizing the universe. From the perspective of the Great Filter, either one would be a 'success'. But there are no successes that we can see.What's more, if we expect to be fairly safe once we have a successful superintelligent singleton, then this points at risks arising before AI.So overall this argument suggests that AI is less concerning than we think and that other risks (especially early ones) are more concerning than we think. It also suggests that AI is harder than we think.Which means that if we buy this argument, we should put a lot more weight on the category of 'everything else', and especially the bits of it that come before AI. To the extent that known risks like biotechnology and ecological destruction don't seem plausible, we should more fear unknown unknowns that we aren't even preparing for.How much progress is enough?Bostrom points to positive changes hardware has made to society so far. For instance, hardware allowed personal computers, bringing the internet, and with it the accretion of an AI risk community, producing the ideas in Superintelligence. But then he says probably we have enough: "hardware is already good enough for a great many applications that could facilitate human communication and deliberation, and it is not clear that the pace of progress in these areas is strongly bottlenecked by the rate of hardware improvement."This seems intuitively plausible. However one could probably have erroneously made such assessments in all kinds of progress, all over history. Accepting them all would lead to madness, and we have no obvious way of telling them apart.In the 1800s it probably seemed like we had enough machines to be getting on with, perhaps too many. In the 1800s people probably felt overwhelmingly rich. If the sixties too, it probably seemed like we had plenty of computation, and that hardware wasn't a great bottleneck to social progress.If a trend has brought progress so far, and the progress would have been hard to predict in advance, then it seems hard to conclude from one's present vantage point that progress is basically done.

1. How is hardware progressing?

I've been looking into this lately, at AI Impacts. Here's a figure of MIPS/$ growing, from Muehlhauser and Rieber.

(Note: I edited the vertical axis, to remove a typo)

It was brought up in this chapter that hardware and software can substitute for each other: if there is endless hardware, you can run worse algorithms, and vice versa. I find it useful to picture this as indifference curves, something like this: 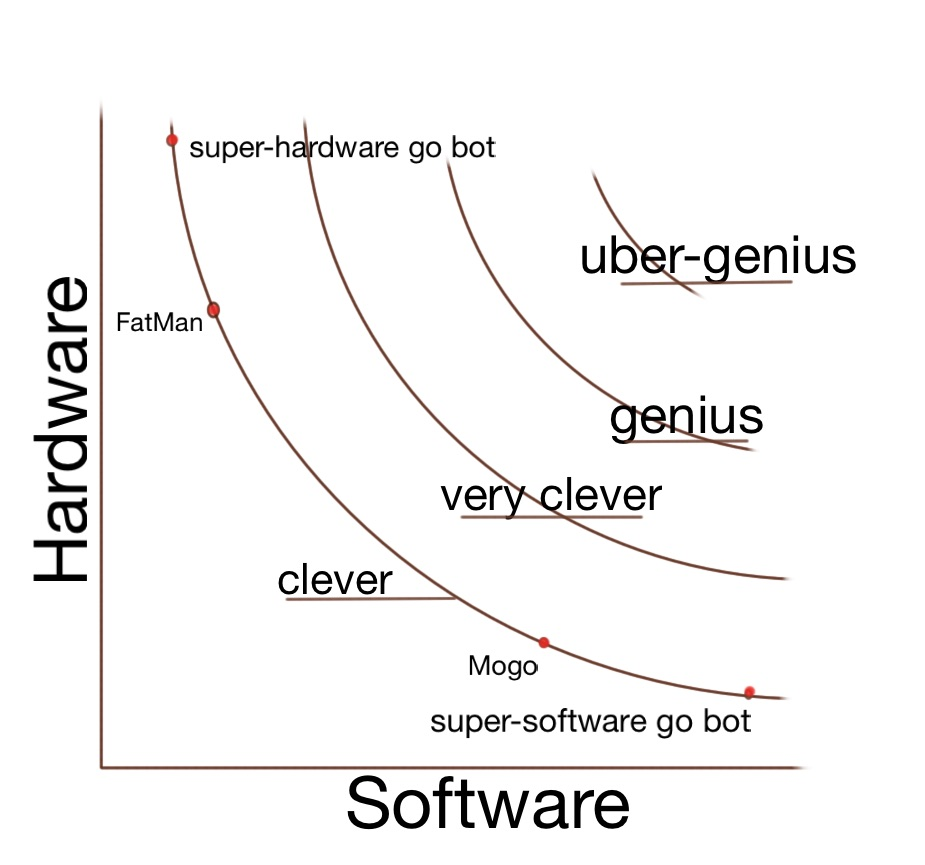 I wrote about predicting AI given this kind of model here.

3. The potential for discontinuous AI progress

While we are on the topic of relevant stuff at AI Impacts, I've been investigating and quantifying the claim that AI might suddenly undergo huge amounts of abrupt progress (unlike brain emulations, according to Bostrom). As a step, we are finding other things that have undergone huge amounts of progress, such as nuclear weapons and high temperature superconductors: 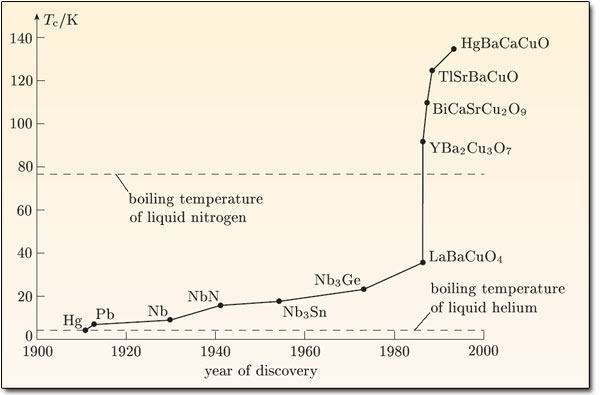 4. The person-affecting perspective favors speed less as other prospects improve

5. It seems unclear that an emulation transition would be slower than an AI transition.

This chapter presented a large number of detailed lines of reasoning for evaluating hardware and brain emulations. This kind of concern might apply.

Next week, we will talk about how collaboration and competition affect the strategic picture. To prepare, read “Collaboration” from Chapter 14 The discussion will go live at 6pm Pacific time next Monday 23 March. Sign up to be notified here.