David and I played around with the idea of a simultaneous chess variant until we found one that seems balanced. Rules: 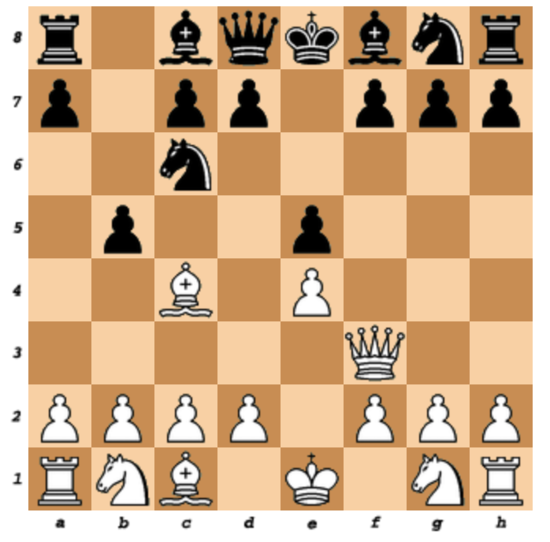 Say White chooses f3-f7 and Black anticipates that and chooses e8-f7. Black is allowed to make this move because (2) does not apply and (5) does. If we resolved Black's move first then only White's move could happen, but if we resolve White's first then both can happen, so we get the latter: 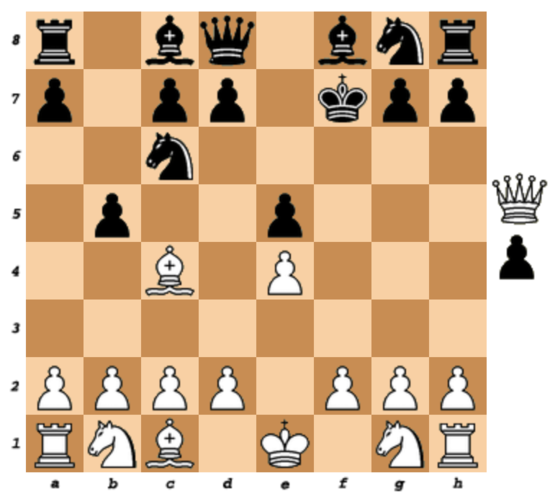 First White takes the pawn at f7, then Black takes the queen at f7. Alternatively, Black could have selected f7-f6. In that case the only way for both to happen would have been for Black's moved to happen first, at which point (4) means White's queen captures at f6 instead of f7: 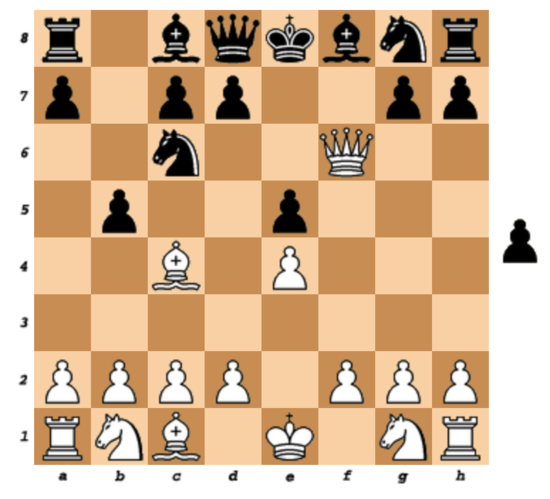 This is a bad situation for White, because pawns very powerful. Because a diagonal move only succeeds if it is a capture, (1.3) means Black selecting g7-f6 forces a 50-50 for the White queen. Whereas, if the queen were threatened by any other piece it could just move away (1.2).

In writing this up I found that there is already a Simultaneous Chess variant. That version has a system of "initiative" to handle conflict resolution, which seems like it would play quite differently.

Practically, how do you play? "Simultaneous" moves and arbitration via a Google Sheet or similar would be my starting place but maybe you've found another way.

Coincidentally, I was pondering Simultaneous Action Selection aka "we-go" chess recently, and thought of a way that could get around the randomization/priority problem.

Similar to you, both players choose moves. If players would go to the same square or if they would collide along a path, the pieces bounce back to where they started, and are frozen until another move is successfully executed. As an additional win condition, you can freeze all your opponents pieces. The other big change in this version is that you can submit a move onto a square that you already occupy to protect it, which will bounce your own piece, but also your opponent's piece that is attacking your occupied position.

That all being said, I haven't actually tried it yet, for lack of finding anyone interested! If you're keen, I'd be down to try a game of we-go chess.

6. To capture en passant you must attempt the capture simultaneously.

i.e., you must predict that the other player will move their pawn forward, and simultaneously eliminate that pawn via en passant.

because pawns [are] very powerful.

How are moves timed? Suppose there were no pawn at d7 in the first position. The moves are revealed as White:f3-f7, Black:c8-f5. Now, does the bishop block the queen and get captured at f5, or does the queen take the pawn and the bishop block retreat?

Possible solutions off the top of my head, ordered from least to most interesting:

Very interesting concept, thanks for sharing!