Gaming (videogames/tabletop)Virtues
Frontpage
A Gameplay Exploration of Yudkowsky's "Twelve Virtues"
We're making a video game about rationality.
If you're interested, just upvote and/or comment.  If you have any specific queries related to this project or about game design in general, it would be cool if you went here.
We will be sharing our progress as we make this game over the next few months.  So pay attention to Less Wrong and/or shinyogre.com for updates.
Thanks!
28 comments

Hello Less Wrong, this is my first post (kind of).  I belong to a small game development company called Shiny Ogre Games.  We have a vested interest in making games that, as Johnathan Blow puts it, "speak to the human condition."  I am here to announce our next project for you.

In this announcement for Shiny Ogre's next project, There are two points to address.  Firstly:

Thought is a process like any other. The methods by which we think can be identified, specified, defined, categorized and even predicted.  One method of thinking that has been thoroughly defined is rationality.  Many would consider rationality (i.e. the careful exercise of reason), to be an essential path toward enlightenment (hence this).

Secondly: The objective, logical, and mechanical approach to reason that rationality takes, meshes nicely with game development, because any well-defined system can be turn into a game.  A game is a system composed of players making decisions while considering objectives, governed by a rule set.

Where there is no decision there can be no game.  Where decisions matter, a game can make them matter more.

Therefore, rationality is a core component of game playing.

Games are learning tools.  They are perhaps the best learning tool available to humans, because they invoke our biological tendency to play.

With that said, our announcement:

The game will explore rationality in the context of Eliezer Yudkowsky's "Twelve Virtues of Rationality" (which we have permission for).  From a narrative perspective the game takes place inside a mind on the brink of epiphany and will heavily feature themes from Plato's "Allegory of the Cave".

The game is a 2D side-scrolling puzzle-platformer.  The player assumes the role of a figure that represents his/her own conscious mind while it constructs machines (ala "Incredible Machine") that are a metaphor for the thoughts and concepts that one would create while meditating on a complex problem.

You can expect discussions of design decisions for this project to be written frequently from the angle of game design theory.  We may also release a small documentary film of the development process after the release of the game.

A release date has been set (and its not too long from now), but I don't want to announce it just yet.

Here is some concept art for our Curiosity metaphor (you can view more art at our website linked above): 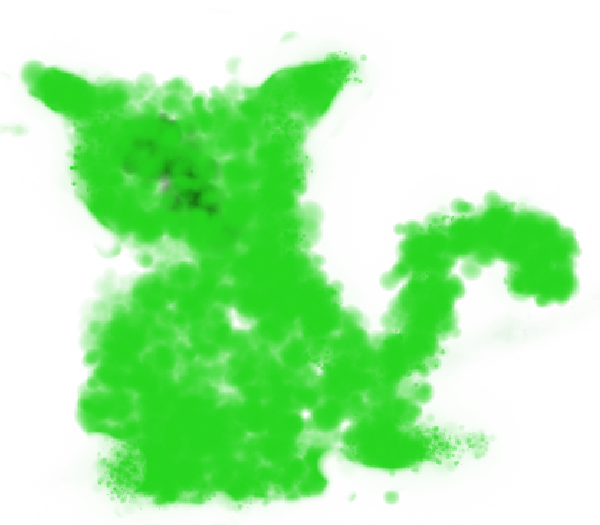 If you're interested, just upvote and/or comment.  If you have any specific queries related to this project or about game design in general, it would be cool if you went here.

We will be sharing our progress as we make this game over the next few months.  So pay attention to Less Wrong and/or shinyogre.com for updates.