My original reason for risking my money for more, and the reason I tell myself, is that the marginal value of losing just about any amount of my money at the moment is negligible. I am fairly austere in my consumption habits and have no big ticket debt. Though, having lots and lots of money would certainly improve my options in life.

I understand why I lost money when I gambled. It’s less clear to me now as a speculator. My consistent failure has resigned me to avoid any active management of my money making by investing for the foreseeable future because maybe I'm just a gambler and rationalizing all my irrationality in finance away. I was hoping someone here could help me understand what’s going on?

My current stock portfolio is down 6000 dollars. My prior is that I have just been the liquidity in the market. My basic strategy has been buying mainstream stocks whose price has tanked for one reason or another (in the hope of a turnaround, or capitalising on people’s fear causing them to dump the stock below its actual value. And, to buy a few biotech stocks that seem high potential. This is all on the ASX cause it’s a hassle to open accounts to trade internationally:

* Slater and Gordan crashed due to getting class action law-suited by its own investors (ironic, since slater and gordan specialises in just that) through its main competitor

* Woolworths crashed due to price war with competitor and weaker profits

* Donfang modern agriculture grows mandarins or oranges in China, and I wanted exposure to China and thought it was interesting that they’re listed on the Australian stock exchange 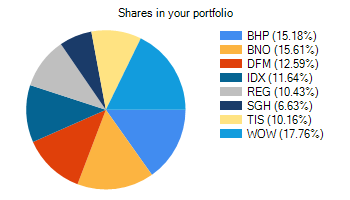 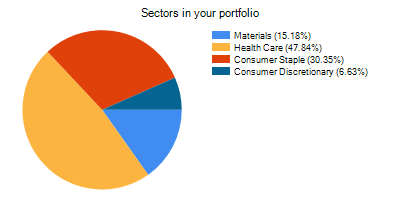 I’ve either made a significant loss on each of these, over the course of a month, or basically no change in the price. The exception is tissue therapies that I bought ages ago and lost lots on too. I was going for long term appreciation anyway, so maybe things are okay? Help me become stronger! The first stock I picked I did extensive quantitative research on the fundamentals. However, I couldn't integrate all the information I collated into a single indicator for what decision I should make and I still don't know what that would look like so I just had to go with my gut. I made a loss anyway despite having found evidence that the team involved were actually quite pathetic because I already did all the research and thought it sad if I didn’t participate (plus shorting seemed to complicating!). I know technical analysis is bullshit, and I don’t see how any inefficiencies in machine learning of stock data that I could replicate in a timely manner with my average brain haven’t already been taken advantage of by existing quants.