How Much is a Sweet?

For about two years our system has been that the kids get one sweet before dinner and one sweet after dinner. They like to divide their allocation up ("can I have pancakes with half a sweet of chocolate chips?"), and this has been a good opportunity for teaching fractions. But how much is a sweet?

The general recommendation is that at most 10% (pdf) of your calories come from sugar. The kids are eating probably about 1,000 calories per day, and at four calories per gram that would be 25g sugar. Since they get two "sweets" per day, this is 12.5g/sweet. This looks like: 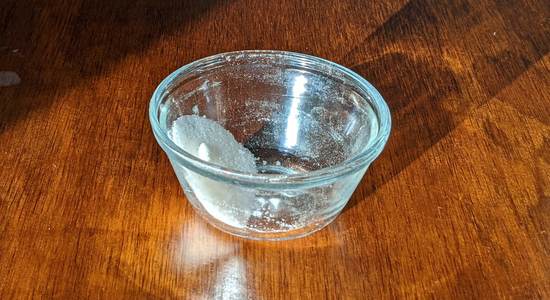 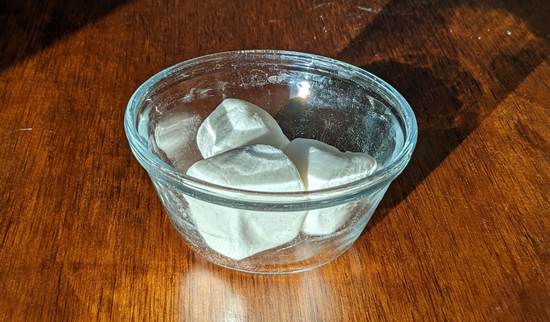 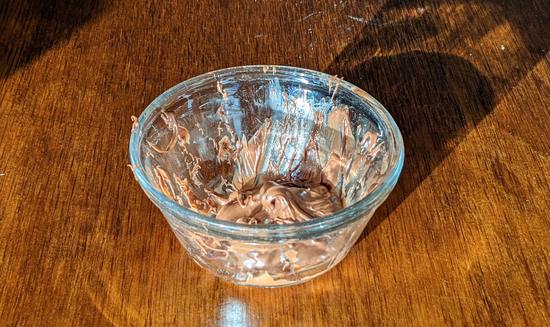 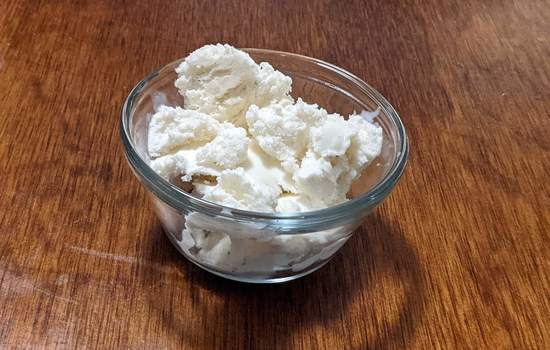 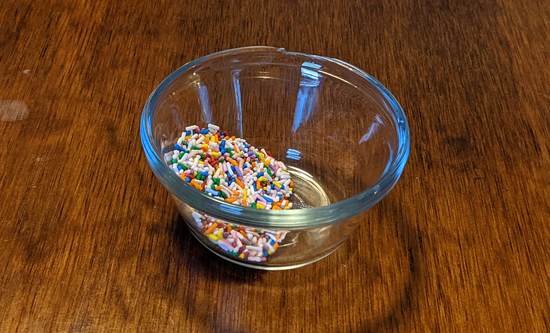 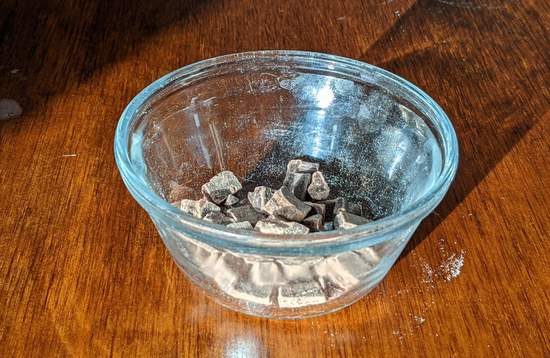 Eight chocolate-chip pancakes (no sugar in the batter, 32 chocolate chips): 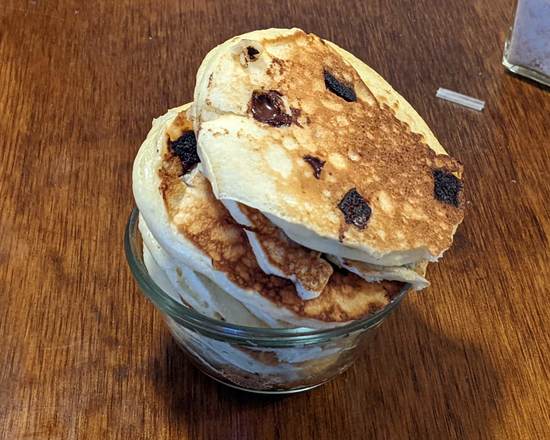 I think it is important to come up with rules that children can understand and preferably see their parents following too. Your fractional sweets during lunch rule seem to be such a rule. Though I'd like to hear what your kids think and say about it.

And I think it is reasonable to refer to official guidelines instead of making up rules on the spot. Children can understand arguments like "some people got together and figured out how much sugar is bad." Esp. if you can answer their follow-up questions from the guidelines book.

I have long had an interest in child food consumption. It has turned out to be complicated. What makes it complicated? Metabolism varies heavily different and changes over time. There is an effect on weight, general health, and tooth health. I buy the tooth health aspect - though that depends less on the amount but the type of sweets. But the effects of sugar on general health are not as clear as the recommendations make it sound.

In practice advice - to parents - the rule is simplified to: "no sugar" or "as little as possible." Or in the USDA recommendations: "less than 10% carbohydrates from added sugars." Which is better but is it a good rule?

If you are an average American, I guess the answer is yes. But there are fewer average people than you would think. Healthy sugar intake can probably vary by a factor of 10 between people (think of the Hadza). The health effect of sugar intake is not even known according to the scientific evaluation of the USDA:

-- page 13 in PART D. CHAPTER 12: ADDED SUGARS of the Topics and Questions for Review by the USDA Committee on Added Sugars.

You have to wonder where the "less than ten percent" recommendation is coming from. It appears to result from dividing study participants into groups with more or less than ten percent sugar intake. And those with less did better. Maybe there is more to it, but it is not clear from the report—no distributions of outcomes, not even confidence intervals.

I admit that I am biased: I eat a lot of sugar (mostly from sweets; 100g /day) and am slim and healthy (according to my doctor). It has to run in the family. My mother and grandmother are also slim, and specifically, my grandmother (94 years old) loves sweets. I'm not saying that it is healthy in general. I'm not even saying that it is good for me specifically (maybe I would be even more fit if I ate fewer sweets). You can't rule out that there is a wide range of working diets, including ones with more than 10% sugar. And we need a way for Calibrating Adequate Food Consumption.

What works best is if there are just no sweets (that the kids like) at home. You can't eat what isn't there. Another trick is putting a price tag on the sweets. It turns out that they often value their pocket money higher than some sweets - especially if the home price is twice the shop price.

Children love sugar, and limiting sugar consumption is a common topic in parenting [citation needed]. Besides weight, general health, and tooth health, there is a fourth topic implicitly: Stress from parent-child conflict on this topic. Whatever rule you come up with, that aspect also has to be taken into account.

Pancakes contain significant quantities of carbohydrates (sugar), with glycemic index comparable to that of table sugar. Those pancakes look like they're closer to 3 sweets than 1 (sorry kids).

Sorry, are you saying that you want to count flour as equivalent to sugar? And keep calories from carbohydrates to under 10% of total calories?

(These particular pancakes do not actually have very much flour. Much higher levels of egg and sour cream)

Yes I count most (by GI) flour as equivalent to sugar [1]. As for keeping high GI carbs under 10%, I have insufficient information. To keep all carbs under 10% would be ketogenic, which while not specifically recommended (unless trying to lose weight), has shown interesting results in the literature [2].

It wouldn't make sense to change one half of the system without the other. If you don't think it is worth distinguishing sugar from other things with a high glycemic index, you should probably then have a higher limit for this combined category. I don't think it generally makes sense to put kids on a ketogenic diet for no reason.

Additionally, aren't there reasons other than glycemic index to avoid sugar?

c All foods are assumed to be in nutrient-dense forms; lean or low-fat and prepared with minimal added sugars; refined starches, saturated fat, or sodium

Though to be clear, I do not endorse the 'system' as proposed. I do not believe that it adequately reflects nuance in health effects of food consumption, nor do I believe it accurately represents modern food health science (where are their sources?).

For example, the hard-line stance against saturated fats is questionable [1] [2] [3]. Not explicitly mentioning glycemic index is another obvious failure, for which I assume 'added sugar' is a proxy.

There are gut-microbiome differences across carbohydrates with similar GI [4], but I do not have enough information to recommend one sugar over another.