Watch Edge of Tomorrow up until the scene at the dam. Skip the rest of the film and read All You Need is Kill instead.

Edge of tomorrow is Groundhog Day (1993) except instead of taking place in a small town in the 90s it takes places on the Invasion of Normandy in a future war against aliens.

In the first scene, Tom Cruise goes through his day normally. He dies and comes back to life. He relives the same day over and over until he gets used to how the time loop works. At the end of Act 1, Tom Cruise discovers that war heroine Emily Blunt used to have the time travel power too and they team up.

Emily Blunt trains Tom Cruise to fight. They fight the aliens over and over again, getting a little better each time.

In Act 3 Tom Cruise loses his time travel power. Together, he and Emily Blunt have only one shot to kill the boss alien.

Act 1 and Act 2 make sense. They're structurally identical to Groundhog Day. But Act 3 is awful. This is a time travel movie. In Act 3 there's no time travelling! It turns into a generic action flick.

All You Need is Kill

Edge of Tomorrow was originally based on the Japanese light novel All You Need is Kill. Act 1 and Act 2 are the same. I hypothesize Act 3 was modified for American audiences.

In All You Need is Kill, Emily Blunt never loses her time travelling power. She fights alongside Tom Cruise as an equal. They kill the boss alien together.

But the story doesn't end there. 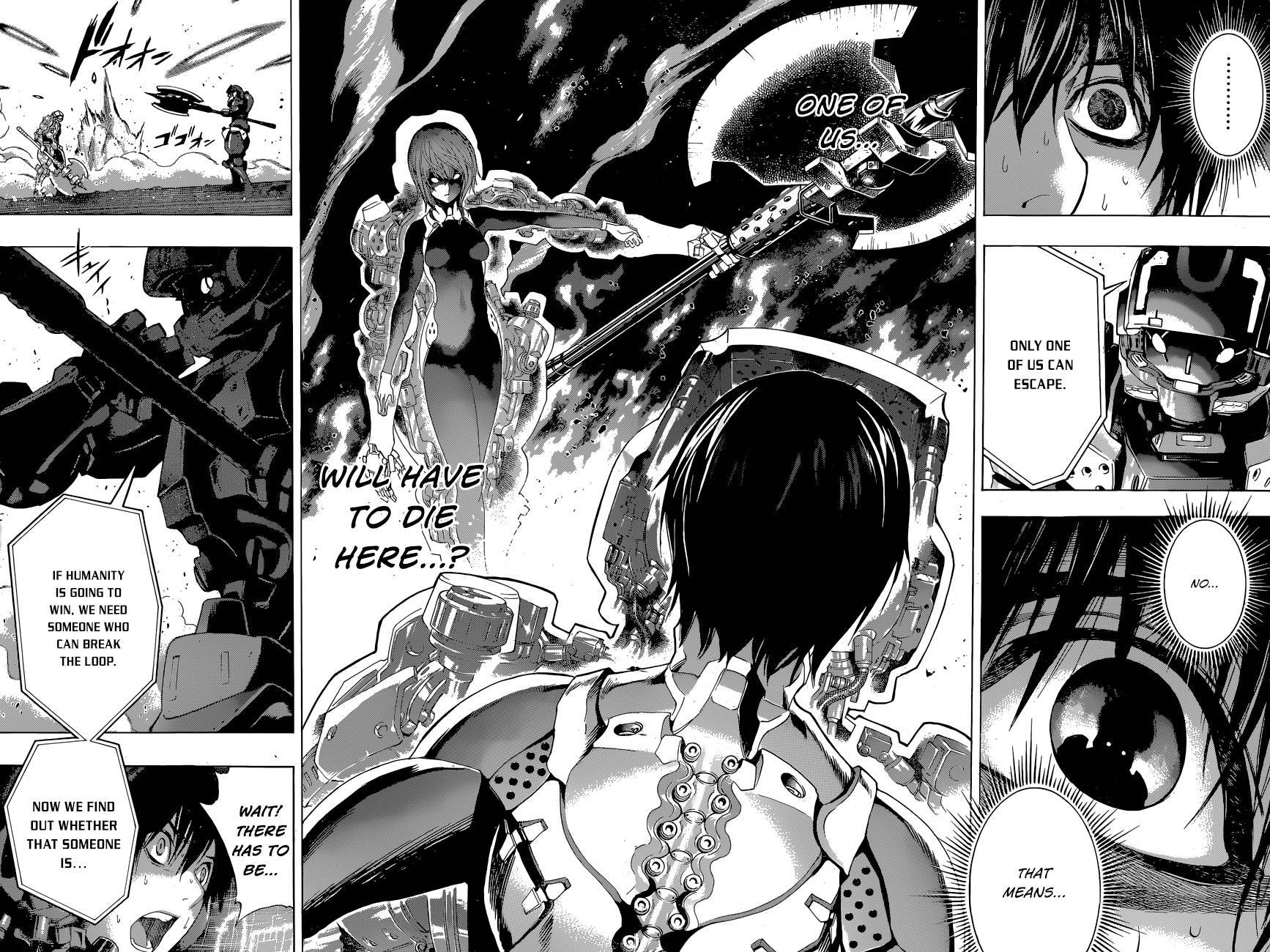 In All You Need is Kill there is a detailed explanation about how the time travel works. To escape each time loop our heroes need to kill the alien loopers, leaving only themselves. But since both Tom Cruise and Emily Blunt are both loopers, only one of them can escape the final time loop. One of them has to die.

So at the end of the story there's a big epic duel to the death between our two heroes who love each other and have spent the entire story training and fighting alongside each other.

That is how you end a time travel samurai epic. 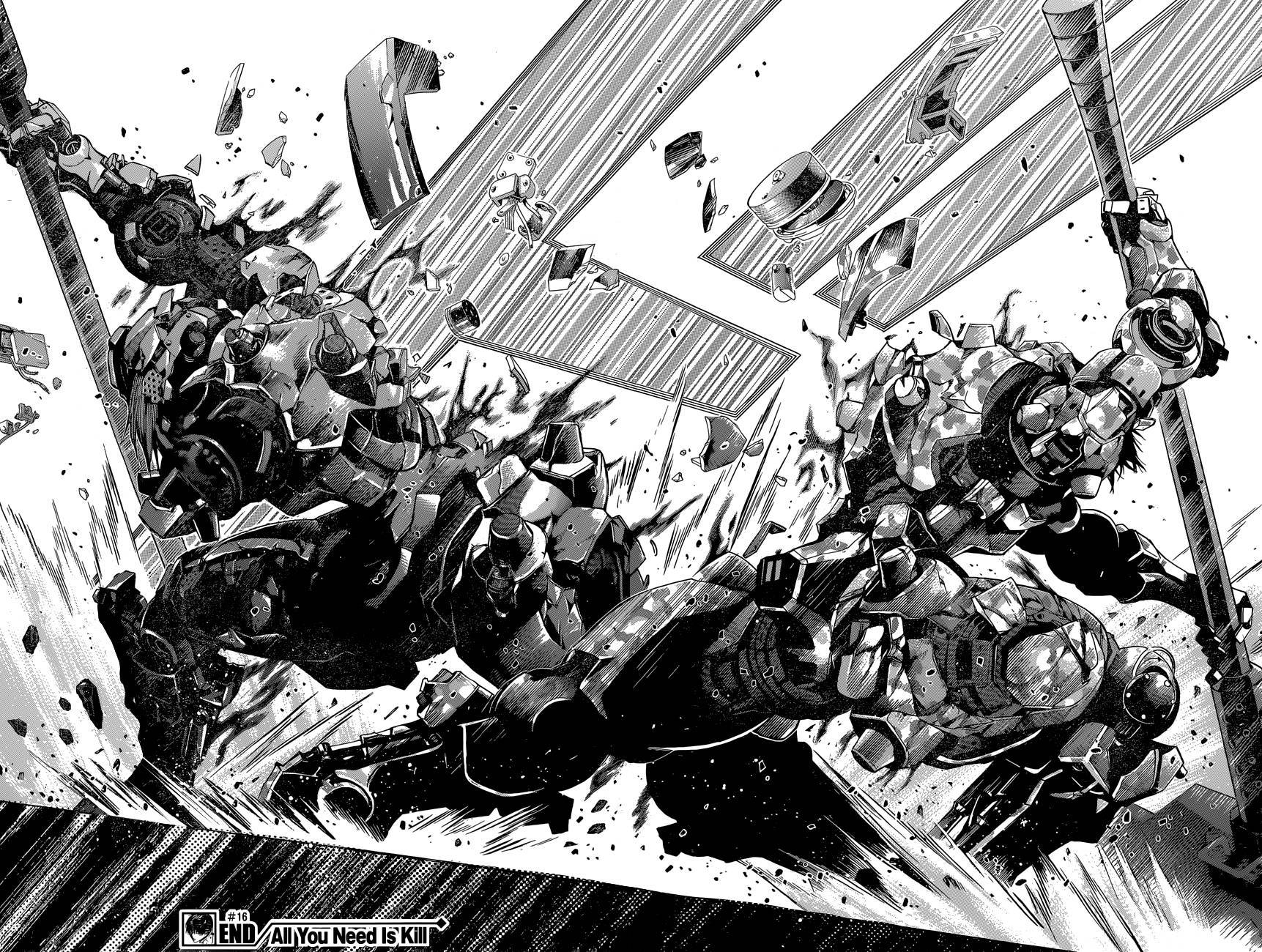 Mentioned in
45Here's a List of Some of My Ideas for Blog Posts
7 comments, sorted by
top scoring
Click to highlight new comments since: Today at 1:47 PM
New Comment
[-]Matt Goldenberg1y 8

I once saw a fan theory that made me see the movie in a whole new light.

There's a Naruto fanfic (much better than the actual manga, mind) with this trope, except the author adds a cool extra at the end. In that, it turns out one with looping power only goes back to the same point in time because

they haven't learned how to set a new, so to speak, "save point". This mechanic became clear to the characters after they had decades of experience in child bodies, so that they began to carefully plan the world they wanted to have, and exhaustively time looped until they managed to set things perfectly aligned for the next stage of their plan, at which point they "saved", and went for it.

If I'm correct and you're talking about

I've tried adding spoiler tags, but it isn't working. According the FAQ for Markdown it's three colons and the word "spoiler" at the beginning, followed by three colons at the end, but no luck. Any suggestion?

It's a paragraph-level operator. You need a newline after the ":::spoiler" and before the three colons at the end. Inline spoilers tags don't work.

I think that was the one, yes. It's been years and I forgot the name.

I'll add the tags, thanks!