The front door to our apartment doesn't really have space to swing. When we first moved in it opened to the right, blocking part of the hallway and keeping you from carrying groceries straight through to the kitchen: 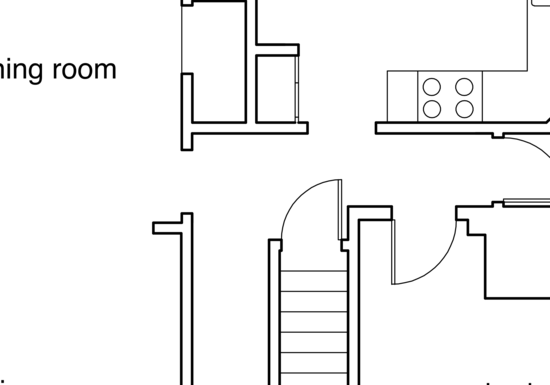 This was annoying, so after some discussion with housemates I turned it around: 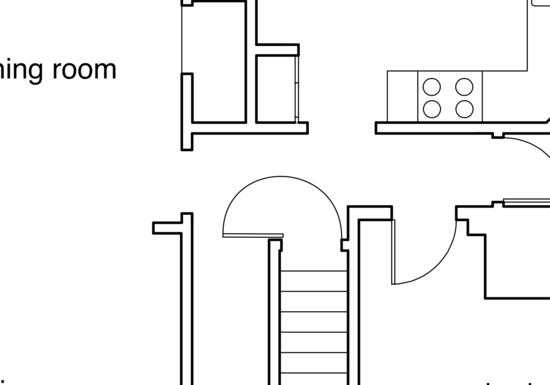 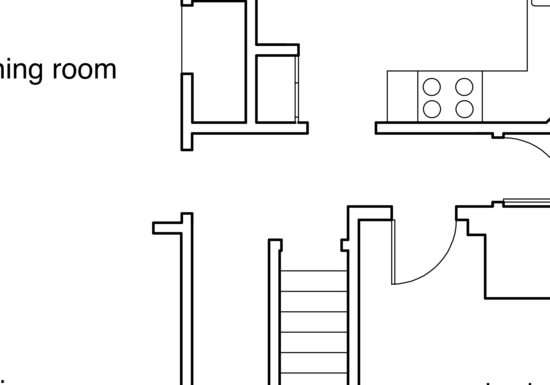 But this would let kid-noise carry more down to Julia's office, wouldn't work if we had a housemate with a small child or cat, and if at some point the people downstairs were not close friends it would be a little weird.

We could have the door open out instead: 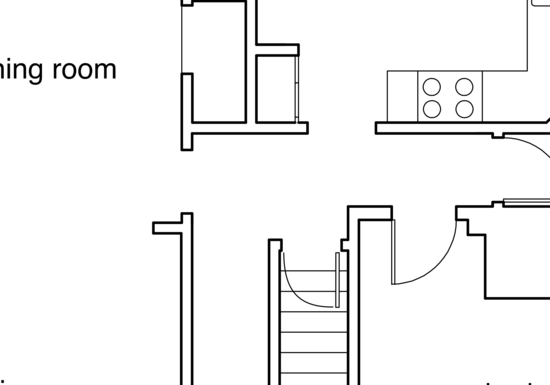 But this would be too awkward to open, since the landing is so small that the door kind of needs to swing through you.

One idea is I could cut it down the middle, and let it fold a second time: 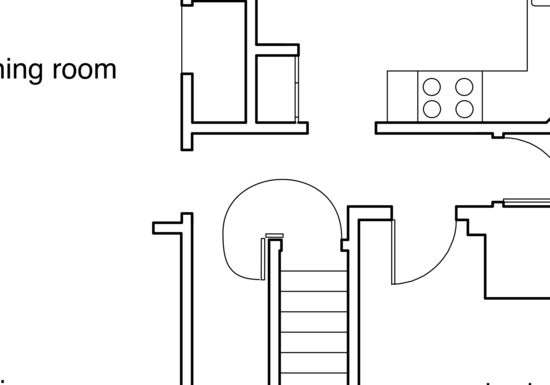 This gets it out of the way when it's open, but at the cost of having a really very large swing.

Perhaps the door should open in the middle? 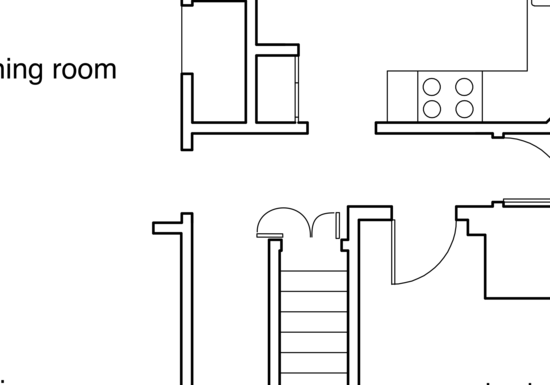 Very narrow for a double door, and it still sticks out a bit on the left. There's extra space on the right, though, so you could make it asymmetrical? 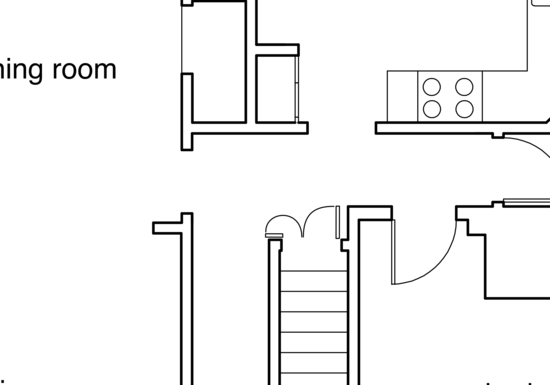 Or, even one door going in and one going out? 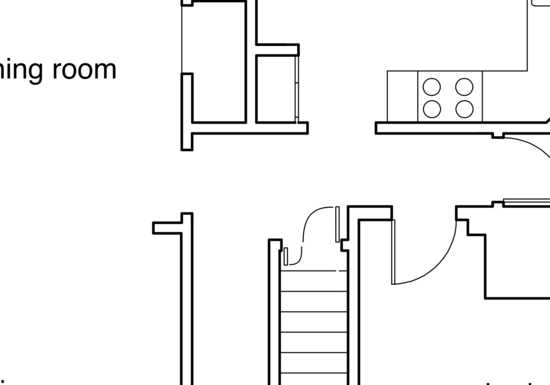 This would be a bit more work, but we could put a track on the ceiling that allowed the door to slide around a curve, opening outwards but with a much reduced sweep: 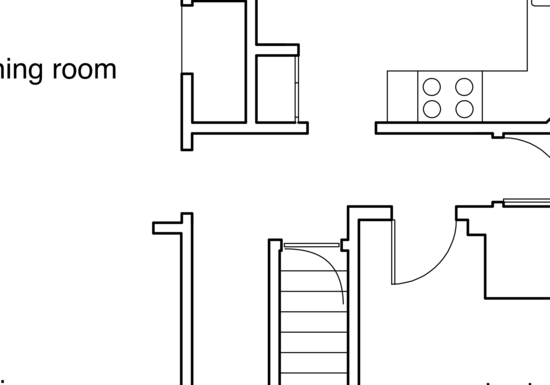 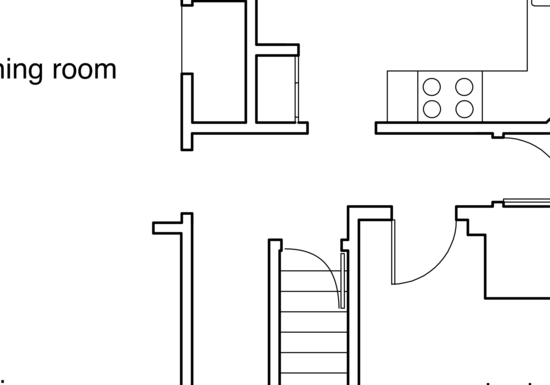 Predictions on what we'd end up liking best?

Opening in the centre is a bit more fiddly to open when you only have one free hand, since you need to push two things out of the way. Not such a problem if it's light enough to comfortably open just by walking through, with your shoulder or foot or something.

Closing them behind you is worse, since they're not even next to each other. Unless it self-closes, but then you may find yourself keeping it open with your body as you go through.

One in, one out is worse again, since you need to push one part and pull the other.

Problem: You might find yourself accidently folding it too much, and banging the outer edge against the corner that it's meant to fold around.

I'm not sure how feasible this is, but could you have a hinge on the middle of the door that's locked in place until something puts pressure on a point near the hinge? Then that pressure could be supplied by (something jutting out from?) the corner the door is meant to be bending around. It acts like a single solid door until it reaches full swing, and only then the annoying extra bit separates to fold around.

Another option would be an accordion-style door with hinges in the middle, which folds into the little space next to the doorway.

symmetric, middle open inwards. More off the shelf options that way too meaning more likely to find something you really like.

Off the shelf isn't too important; I'm happy to make something

Well, since you said you aren't worried about forced entry, what about a symmetrical split, self closing, double acting door (opens both ways)? You get the sound-blocking benefits, you can set up something to hold the door open if needed, and you can use the door from either direction with both hands full.

ETA: Or you could have a bifold door that opens by folding in the center (this solution uses a linear track on the ceiling). Looks like you might have enough room on the right.

Opening in the center, away from you, for sure. Whether symmetric or asymmetric.

In your scenario of carrying in cargo (whether groceries or, say, a sleeping child), having both swing away is a clear advantage.

I think that does make the door significantly less secure against forced entry, but it there's already a secure outer door that's maybe less important?

Yes, I'm not worried about forced entry; we leave this door unlocked and lock the building's exterior doors.