Would you say the picture below (by A. S. Shevchenko) is almost like an optical illusion?

Have you seen any pictures or sights that fooled your brain for a moment but that you wouldn't call optical illusions, and if yes, what is the salient difference? 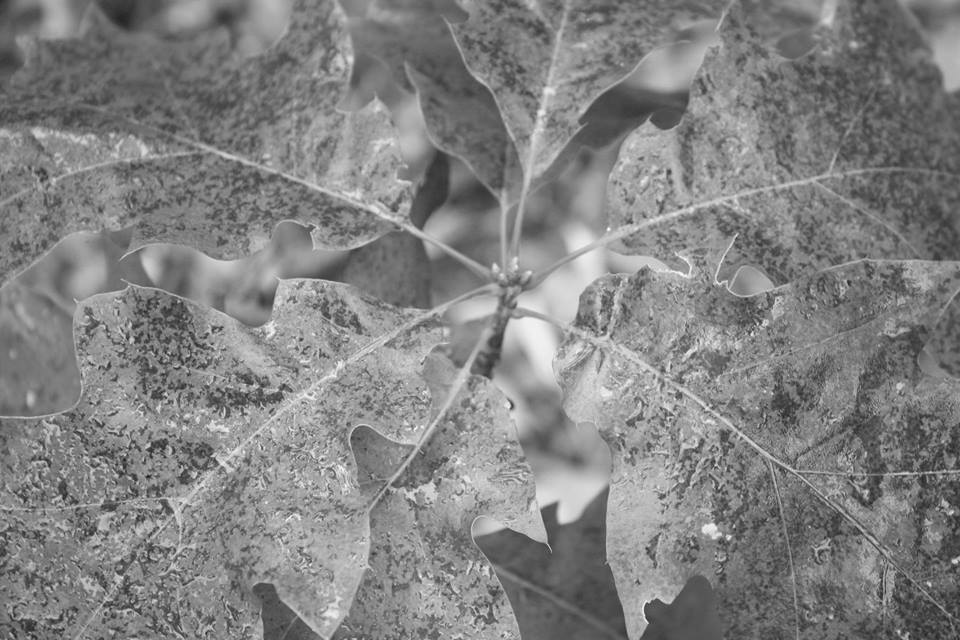 I first see the stems, then i see the leaves.

Upon first viewing, my brain wanted to think that the empty space in the middle was the "solid thing" and that the area corresponding to the leaves was "empty."

Last night I had a similar experience while organizing my new apartment. I kept walking past this open door, and my brain kept misinterpreting the space within the frame as the "door" even though it was already open and what I was seeing was actually the wall beyond.

That's because it should have been the door, dammit.

...But really, this pictureis pretty "straightforward" as they go. No other interpretation, really. Why did it tease you and me but not Elo?..

It's one of those ambiguity things of which this is the canonical example.

It's also similar to this image:

It's difficult to see it as anything until it "snaps" and then it's impossible to not see it.

This looks like leaves. I am not sure what I am missing.

When I look at it, the very first thing I see is the sharply-delineated fuzzy region at the left. It looks as if it is something rather than (as it were) mere blurriness in the gaps between other things. There isn't any specific wrong thing my brain wants to think of the image as showing, but when I first looked at it it took something like half a second to figure out what I was looking at.

I'm not sure I'd call it almost like an optical illusion, though.

well, the first time I saw an ameboid star, and then very shortly I saw an invasive (where I live) oak's sapling. I'd say it's not an OI, it just makes you search for the focus of the image. The classic example Lumifer links to is something where you might not even think of looking for the other image; and of course, there should be ambiguity things nearer to crystal clear end of spectrum.