Pleasure and Pain are Long-Tailed

This post is derived from Logarithmic Scales of Pleasure and Pain by the Qualia Research Institute. Thank you Romeo Stevens for introducing me to the cool work you're doing over there.

People have a certain baseline amount of happiness. Fix their problems, and they’ll be happy for a while, then go back to baseline. The only solution is to hack consciousness directly, to figure out what exactly happiness is – unpack what we’re looking for when we describe some mental states as having higher positive valence than others – and then add that on to every other mental state directly.

―Fear and Loathing at Effective Altruism Global 2017 by Scott Alexander

Weber's Law doesn't just apply to measurements of our external environment. It applies to subjective experience itself. When you combine Weber's Law with subjective reports of conscious experience we find that valence (the intensity of an experience) is long-tailed. Consciousness itself may be long-tailed too.

Are people intersubjectively consistent on the relative pleasure and pain caused by different things? Yes we are. 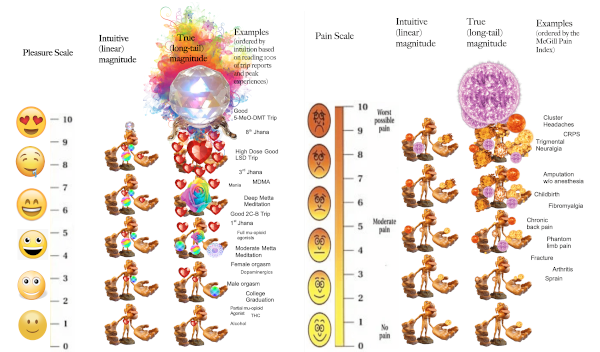 “Ok,” you might say, “you’re just telling me that pleasure and pain can be orders of magnitude stronger than I can even conceive of. What do you base this on?” The most straightforward way to be convinced of this is to literally experience such states.

You know how every instant is a priceless gift but it's hard to appreciate that fact? When I'm meditating regularly I consistently, after thirty minutes of focused attention, drop into a state where I appreciate it. (My default mode network turns off too.) I don't know where my experiences fall on the nth Jhana ladder but I suspect there are meditative states way higher than what I've experienced. There are people who meditate for decades.

When I'm in a state of meditatively-heightened awareness I'm not just in a more blissful state. I feel qualitatively more conscious, which I mean in the "hard problem of consciousness" sense of the word. "Usually people say that high-dose psychedelic states are indescribably more real and vivid than normal everyday life." Zen practitioners are often uninterested in LSD because it's possible to reach states that are indescribably more real and vivid than (regular) real life without ever leaving real life. (Zen is based around being totally present for real life. A Zen master meditates eyes open.) It is not unusual for proficient meditators to describe mystical experiences as at least 100× more conscious than regular everyday experience.

As with the above example, we can reason that one of the ways in which both pain and pleasure can be present in multiples of one’s normal hedonic range is because the amount of consciousness crammed into a moment of experience is not a constant. In other words, when someone in a typical state of consciousness asks “if you say one can experience so much pain/pleasure, tell me, where would that fit in my experience? I don’t see much room for that to fit in here,” one can respond by saying that “in other states of consciousness there is more (phenomenal) time and space within each moment of experience.” Indeed, at Qualia Computing we have assembled and interpreted a large number of experiences of high-energy states of consciousness that indicate that both phenomenal time and phenomenal space can drastically expand. In short, you can fit so much pleasure and pain in peak experiences precisely because such experiences make room for them.

That sounds right to me.

Ultra-bliss does not look at all like sensual pleasure or excitement, but more like information-theoretically optimal configurations of resonant waves of consciousness with little to no intentional content (c.f., semantically neutral energy). I know this sounds weird, but it’s what is reported.

One way to describe ultra-bliss is as pure intense universal unconditional compassion toward everything you comprehend. I don't think this is the only kind of ultra-bliss. Different meditative techniques could produce different bliss states. But universal compassion seems like an easy one to describe to people who haven't "stood on the ragged edge of reality". 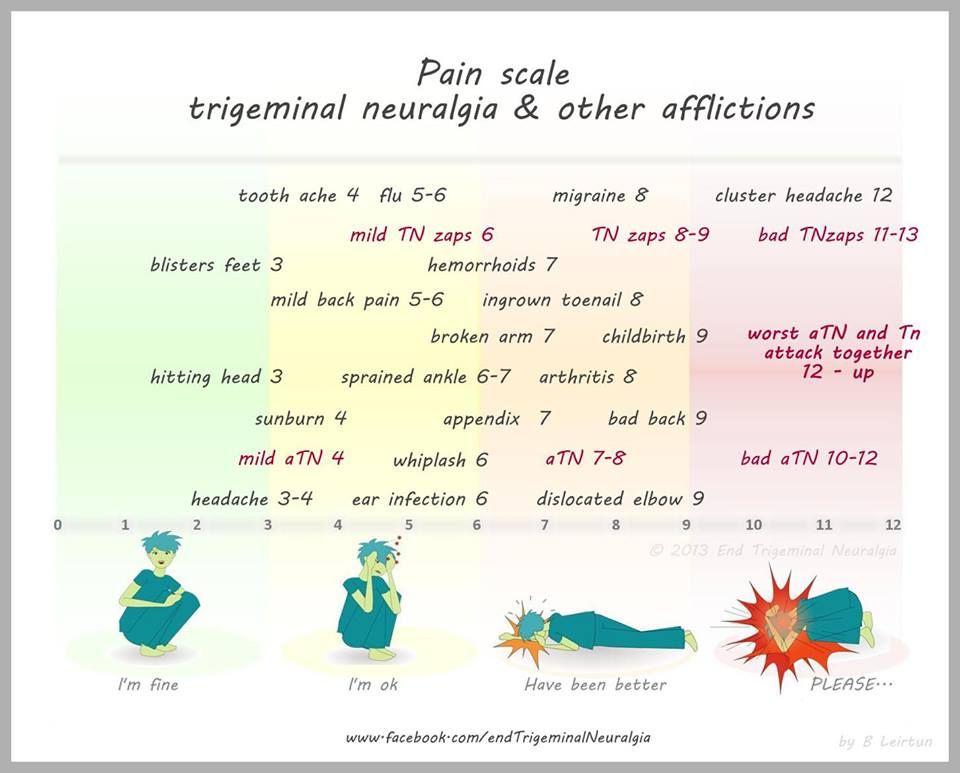 The explorers of the pain frontier are even crazier than the LSD users and the mountain yogis. 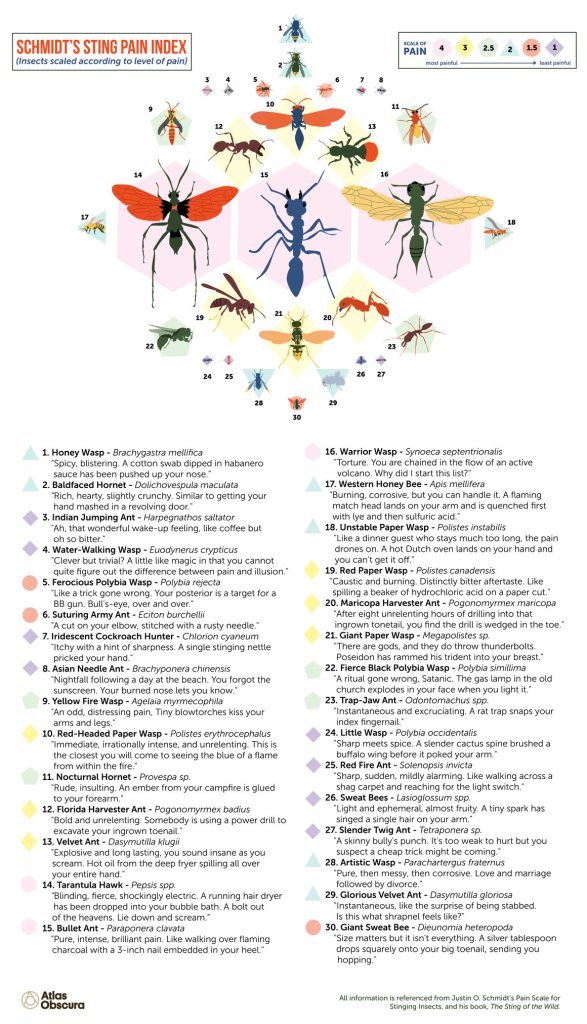 QRI created predictions based on the idea that valence is long-tailed.

They surveyed a bunch of people on Mechanical Turk. They did a bunch of math to rank the surveyed experiences. 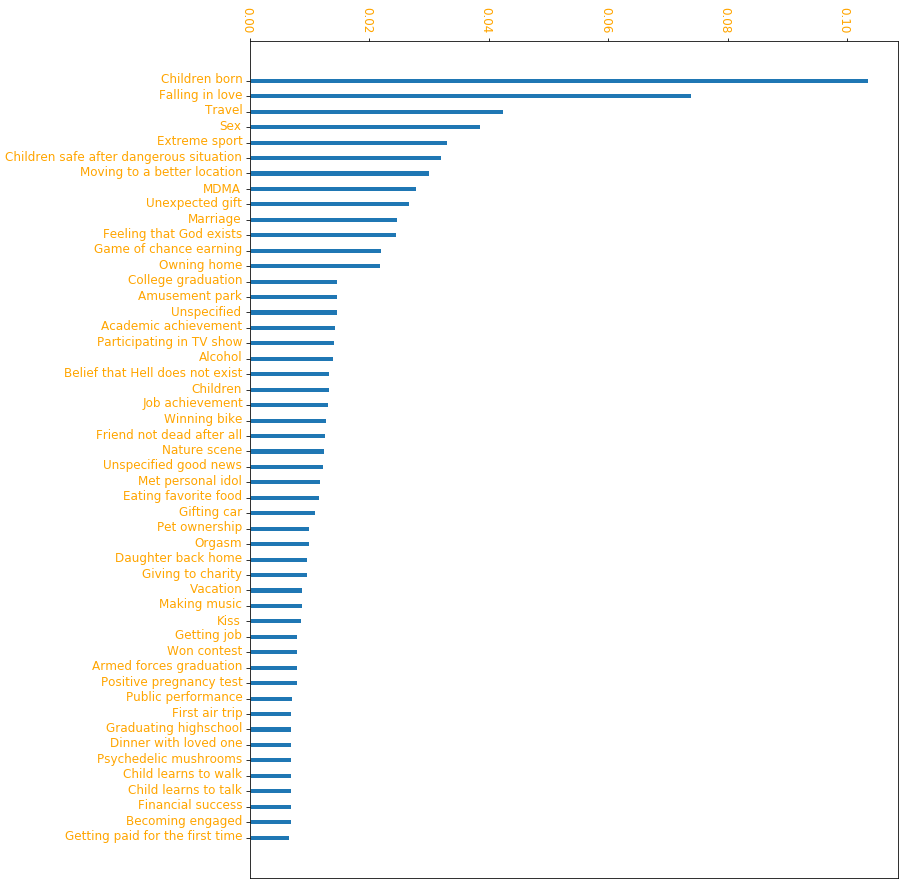 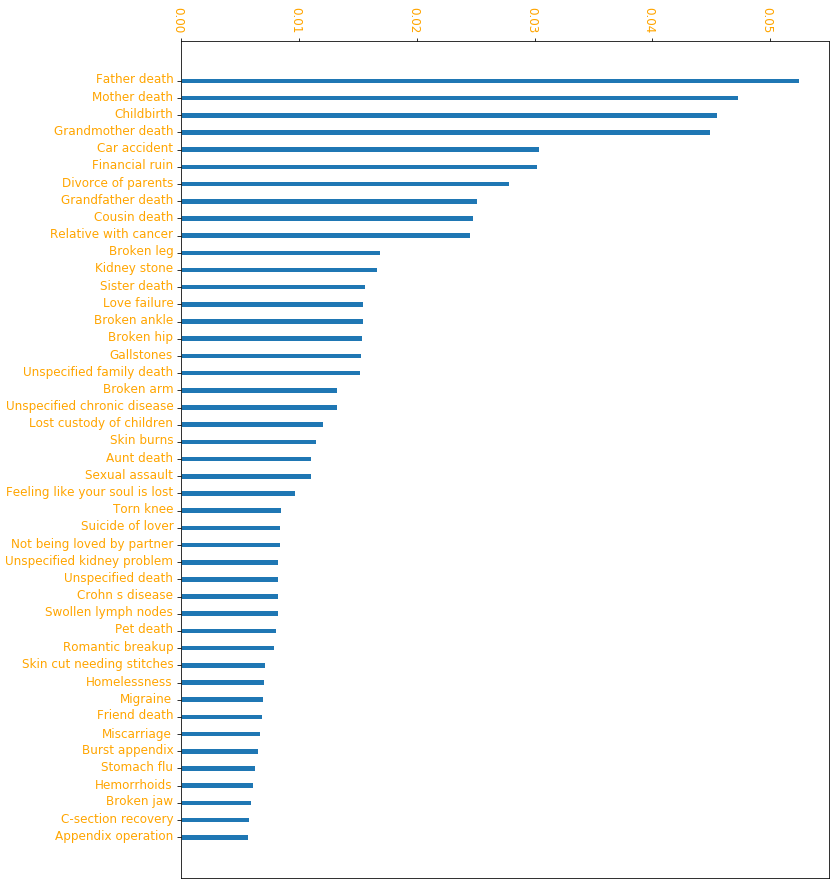 I don't see "death of a child" on the list. I suspect it's because we live in a time period where child death is rare.

Mentioned in
33Chaos and Stability
10 comments, sorted by
top scoring
Click to highlight new comments since: Today at 3:37 AM
New Comment
[-]Robbo1y 7

Thank you for writing about this. It's a tremendously interesting issue.

I feel qualitatively more conscious, which I mean in the "hard problem of consciousness" sense of the word. "Usually people say that high-dose psychedelic states are indescribably more real and vivid than normal everyday life." Zen practitioners are often uninterested in LSD because it's possible to reach states that are indescribably more real and vivid than (regular) real life without ever leaving real life. (Zen is based around being totally present for real life. A Zen master meditates eyes open.) It is not unusual for proficient meditators to describe mystical experiences as at least 100× more conscious than regular everyday experience.

I'm very curious about the issue of what it means to say that one creature is "more conscious" than another--or, that one person is more conscious while meditating than while surfing Reddit. Especially if this is meant in the sense of "more phenomenally conscious". (I take it that you do mean "more phenomenally conscious", and that's what you are saying by invoking the hard problem. But let me know if that's not right). Can you say more about what you mean? Some background:

On the one hand, we have certain features of the particular character of phenomenally conscious experiences:

And then there is a 'global' feature of a creature's phenomenal consciousness:

In light of this, my questions for you:

I would be surprised if there weren't other ways I am more conscious after meditation that isn't included under your terms, but this is a notoriously difficult experience to describe.

Looking at the pain scale, I guess I'm somewhat atypical. On the pleasurable experiences I had, I'd order them such:

And on the pain scale, the worst tooth ache I've ever had was way stronger that when my gallbladder was almost rupturing, so I think it'd go like this:

I skipped my own college graduation.

Ditto, or more precisely, no one from my graduation class has any interest in paying for one, so we all got our certificates by mail. I suppose it helps that most everyone was 30+, and the major was Philosophy, neither of which predisposes one to care much about such things, much less when put together.

I majored in physics and graduated at 22. I think the common threads are that neither of our majors are highly-employable on their own and that our graduations were never in doubt. Someone who struggled through a valuable degree would be in a different position.

Also, I assume you mean a P-spot orgasm when you say "female orgasm"?

The tongue is very sensitive. A very skilled kisser knows how to intensely stimulate the top of their partner's tongue with theirs while French kissing, to the point one or both of them get a very specific kind of orgasm different from any other. In my case I got spasms while washed in endorphins, which took several minutes to subside. :-)

Also, I assume you mean a P-spot orgasm when you say "female orgasm"?

No, I mean actual female orgasm. I can provide exactly zero evidence for this, which on LW is a particularly huge no-no, but if mentioning a little bit of mystic experiences isn't too much of a problem I can say there are Tantra masters out there who can induce some pretty interesting experiences on suitable students, one of which is, on male-bodied ones, those of having a full set of phantom limb representatives of female genitalia complete with the mental experience of female orgasms (as well as of male genitalia on female-bodied students). This is linked to advanced Karmamudrā techniques.

What if it's not transitive?

Wouldn't that kinda throw a wrench in the idea of modeling it as continuous scale?

An oddity I noticed is that the statistics ranks "Sexual Assault" equal to "Aunt Death". That seems wrong to me and might be due to the (hopefully) low sample size.

The original article doesn't mention the oddity either.

But that got me thinking of where "Sexual Assault" would / should rank in "Painful Experiences". Does anyone have insight into that or can direct me to a post?