In 2008 Paul Graham created the Hierarchy of Disagreement.

Then Loudacris had the genius idea to make this hierarchy into an easily shareable picture:

I joke, but I do genuinely believe that this image helped the quality of internet-debate in some small way. Even if not many people see it, making these kinds of guides is a net benefit for humanity.

It also made the rounds on LessWrong. Scott Alexander created a related guide and Lukeprog used the critiques of Black Belt Bayesian to expand the hierarchy.

Which Lukeprog argues should be the top layer called: "Improve the Argument, then Refute Its Central Point"

I don't know about you, but to me this new top layer feels separate from the other layers. This top layer, for one, should probably only be used after you already refuted the existing argument. You don't want your interlocutor to feel like you are either misrepresenting or humiliating him. Improving an argument is still desirable, but don't sour the debate.

But secondly, this layer goes beyond countering your interlocutor and ascends into the realm of active truth seeking. Whereas the other layers are a linear process of knocking down an argument, this new layer is more circular. You can continue on creating and knocking down new versions of the old argument again and again, always gaining new insights but never reaching a perfect conclusion.

Nonetheless, I think this addition is extremely important. It shows people that the purpose of debate is not an adversarial brawl, but ultimately a way to reach truth. The hope is this layer will change peoples mindset into a more curious and cooperative one.

Unfortunately no one has made an easily shareable visualization of this new hierarchy. So I decided to make one myself with two additional updates.

1) I hate it when there is a guide on the internet and I click on it to copy the text, only to realize it is a picture and I have to manually copy all the information while hoping that I don't make any mistakes. I decided to make it a pdf which not only solves this issue but should also make it easier to translate into other languages.

2) As plmbob pointed out on reddit: "[The old visualization] shows you can't have a solid argument without a strong base of name calling". A pyramid might not be the best shape for this guide. I wanted the new version to look more like a staircase, where you are encouraged to climb to the top.

You can find a full size image, a pdf-file and a page-file here. If this doesn't work you can also find it here.

Which Lukeprog argues should be the top layer called: "Improve the Argument, then Refute Its Central Point"

That's the alien spaceship* above the pyramid.

*The Enterprise would work as well.

I was talking about the original pyramid.

You don't want your interlocutor to feel like you are either misrepresenting or humiliating him. Improving an argument is still desirable, but don't sour the debate.

There are a couple different things I sometimes see conflated together under the label "steel man".

As an example, imagine you're talking to the mother of a young man who was killed by a drunk driver on the way to the corner store, and whose life could likely have been saved if he had been wearing a seat belt. This mom might be a bit emotional when she says "NEVER get in a car without your seat belt on! It's NEVER safe!", and interpreted completely literally it is clearly bad advice based on a false premise.

One way to respond would be to say "Well, that's pretty clearly wrong, since sitting in a car in your garage isn't dangerous without a seat belt on. If you were to make a non-terrible argument for wearing seat belts all the time, you might say that it's good to get in the habit so that you're more likely to do it when there is real danger", and then respond to the new argument. The mother in this case is likely to feel both misrepresented and condescended to. I wouldn't call this steel manning.

Another thing you could do is to say "Hm. Before I respond, let me make sure I'm understanding you right. You're saying that driving with a seat belt is almost always dangerous (save for obvious cases like "moving the car from the driveway into the garage") and that the temptation to say "Oh, that rarely happens!"/"it won't happen to me!"/"it's only a short trip!" is so dangerously dismissive of real risk that it's almost never worth trusting that impulse when the cost of failure is death and the cost of putting a seat belt on is negligible. Is that right?". In that case, you're more likely to get a resounding "YES!" in response, even though that not only isn't literally what she said, it also contradicts the "NEVER" in her statement. It's not "trying to come up with a better argument, because yours is shit", it's "trying to understand the actual thing you're trying to express, rather than getting hung up on irrelevant distractions when you don't express it perfectly and/or literally". Even if you interpret wrong, you're not going to get bad reactions because you're checking for understanding rather than putting words in their mouth, and you're responding to the thing they are actually trying to communicate. This is the thing I think was being pointed at in the original description of "steel man", and is something worth striving for.

In writing this article I did some digging into the history of steelmanning in order to find the original meaning and I got to say I'm not sure your description totally fits. The Black Belt Bayesian quote I mentioned wasn't talking about that, but maybe that doesn't count because he didn't call it a steelman (I'm not sure the term was invented yet). The Lukeprog post I linked to did say

but that might've been edited in later. I found this post by 'the merely real':

Then we would be steelmanning, the art of addressing the best form of the other person’s argument, even if it’s not the one they presented.

This is a very early mention and it's also the source wikipedia uses.

But I've also seen plenty of people use steelmanning the way you explained it. Your definition of steelmanning would be fine during the debate but the other definition wouldn't be. I solved this dilemma by just not mentioning the term steelmanning in my post and instead using the original Black Belt Bayesian quote.

This seems compatible with both, to me. "You're likely to underestimate the risks, and you can die even on a short trip" is a stronger argument than "You should always wear your seat belt because it is NEVER safe to be in a car without a seat belt", and cannot be so easily defeated as saying "Parked in the garage. Checkmate".

Reading through the hyperbole to the reasonable point underneath is still an example of addressing "the best form of the other person's argument", and it's not the one they presented.

I like how the top level is floating above the rest of the pyramid. This version of the hierarchy could be symbolized with the Eye of Providence. 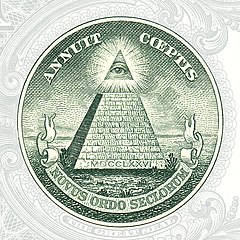 Surely there should be a level for "changing your mind" or "putting forth the most reasonable case given all available evidence." As it as the top level goal is still about winning and not about truth-seeking.

"Changing your mind" is not a form of disagreement so putting it in 'the hierarchy of disagreement' is a bit disingenuous. "Putting forth the most reasonable case given all available evidence" is something everyone already thinks they're doing, no one is thinking: "Let's belief a totally unreasonable argument with no evidence behind it".

I think that some of the best online disagreements I've seen are when someone breaks out of the disagreement and just synthesizes the positions to be like "here's the complicated reality". I definitely don't think the hierarchy of disagreement as it stands now is about putting forth that best reasonable case, it's about refuting points.

I agree that it the name of the hierarchy may have to be changed to get to the most important levels, but if you're trying to raise the standard of discourse you may want that?

Or if you want to raise the standard of discourse it may in fact make sense to call it the hierarchy of disagreement, but actually have the highest levels he about true truthseeking, as a useful headfake.

This is definitely not the definitive guide to having a productive discourse, as it only concerns itself with one subsection of it. Synthesizing positions, changing your mind and absorbing evidence are all important, but are skillsets in their own right and might be better tackled in separate guides if we don’t want the image to become a sprawling multidimensional flowchart. If you’re interested I could start working on those other guides, but I’d have to find a way to summarize the literature since people tend to lose interest if a guide has too many elements.

Personally, I think the highest level of a disagreement is to transform it into a dialogue, and I'd like a guide to productive disagreements to include that (even if there was a seperate hierarchy for productive dialogues).  It seems like there's a crux here but I don't know what it is.

What would change your mind about including that as a level on the chart?

Do you think that:

Good comment. My main problem is that 'turning it into a dialogue' is not a very concrete actionable technique. What do you mean by that, the socratic method?